New York is having an egg cream revival — again. That thought occurred to me in July, while parked on a counter stool at Brooklyn Farmacy & Soda Fountain, in Carroll Gardens, sipping the fizzy drink made from chocolate syrup, frosty milk and seltzer.

Brooklyn Farmacy, which is fittingly housed in an actual former pharmacy, has served up egg creams in five variations — classic vanilla, Fox’s U-Bet chocolate, maple, coffee and the dairy-free Dream Cream made with almond milk and cream soda — since opening last year. 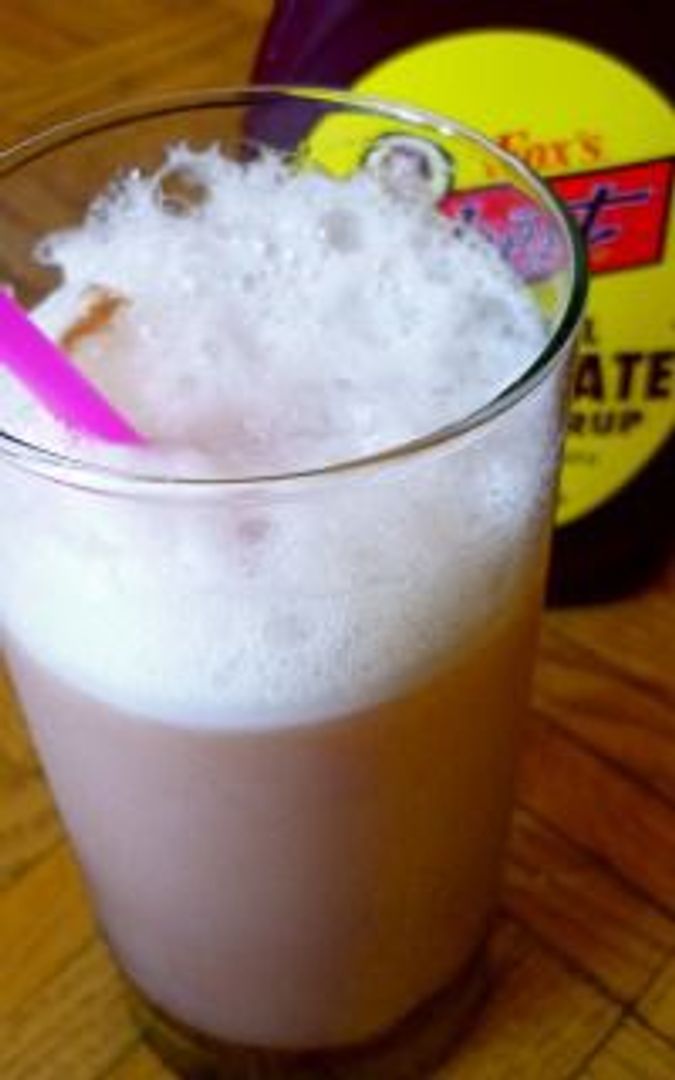 And this shop is not the only one. Across the river in Manhattan, the fine dining restaurant Eleven Madison Park recently started offering a high-end egg cream, made tableside and finished somewhat curiously with a drizzle of olive oil. A few years ago, the reopened (and relocated) 2nd Avenue Deli began serving pareve egg creams in shot glasses as a palate cleanser between bites of pastrami. And this summer, articles in both The New York Times and Imbibe magazine reported on the country’s new crop of old-fashioned soda fountains, which are introducing nostalgia-inspired drinks, the egg cream among them, to a new generation.

Nouveau soda fountains and egg creams moonlighting on upscale restaurant menus may sound like the signs of a full-force cultural revival. And the drink I enjoyed at Brooklyn Farmacy was deliciously authentic — creamy and sweet, with a frothy cap and a shimmer of chocolate bubbles racing through the straw. But is all the recent egg cream love really so new or revolutionary? Or, is the egg cream such an alluring elixir, such an enduring icon, that it never really went away?

Admittedly, egg creams are not nearly as ubiquitous as they once were. When soda fountains and delicatessens ruled New York’s culinary landscape a century ago, they were the city’s equivalent of a Frappuccino-frosty — refreshing and everywhere. They were so popular that, as with many beloved local recipes, the competition over who made “the first” or “the best” version was fierce.

One of the most prevalent genesis stories is that a Jewish immigrant named Louis Auster developed egg creams in the 1890s at his candy store on Manhattan’s Lower East Side. A few years later, Brooklyn residents Herman and Ida Fox created the eponymous chocolate syrup that would become forever linked with a “proper” egg cream. As for the drink’s name, food historian Gil Marks writes in his Encyclopedia of Jewish Food that it likely came from “the egg-white-like foam that rose to the top” of the glass.

At 5 cents a pop, and just the thing to combat New York’s sticky, hot summers, egg creams reigned in New York for decades, from the Bronx down through Brooklyn. In a 1975 interview in Playboy magazine, Mel Brooks (born Melvin Kaminsky, in Brooklyn) proclaimed that the egg creams he grew up drinking were powerful enough to heal the sick and make you “swoon with ecstasy.” And Lou Reed’s 1996 song “Egg Cream,” gushed, “When I was a young man, no bigger than this / A chocolate egg cream was not to be missed / Some U-Bet’s chocolate syrup, seltzer water mixed with milk / You stir it up into a heady fro, tasted just like silk.” But as time passed and cravings changed, the egg cream began to lose some of its original luster. Compared with an ice cream-filled root beer float or a thick malted milkshake, the egg cream must have seemed rather lackluster. And compared with a bottle — and later, a can — of soda, less portable and convenient.

Still, it is safe to say that, since the first foam-topped glass was plunked down on a fountain counter, there has never been a time in New York when an egg cream wasn’t available for sale in the city somewhere. The homely East Village newsstand Gem Spa, where Jack Kerouac and his fellow beat poets once went to get their egg cream fix in the 1950s, continues to sell them today, as do Russ & Daughters appetizing store, Yonah Schimmel’s Knishes, B&H Dairy Restaurant and several other Jewish mainstays in the East Village. And outside New York City, the Kosher for Passover certification on Fox’s U-Bet’s syrup (which includes a recipe for the New York Egg Cream on its back label) has helped to ensure that the drink lives on, even if only as a tasty chaser for matzo.

Today’s egg cream revival is, I think, not much of a revival at all, but rather the most recent renewal of a long-standing appreciation for New York’s most iconic fountain drink.

Like the spirit of New York itself, the egg cream is timeless. It may ebb and flow, or take on different forms (I have plans to head back to Brooklyn Farmacy soon to try the maple version), but with quiet, fizzy persistence, it continues to stir our collective imagination — leaving us with an empty glass, sticky hands and a full heart.

Pour syrup into a tall glass; add milk, but do not stir. Add seltzer until the foam nearly reaches the top of the glass. Using a long spoon, briskly but gently blend in the chocolate. Serve with a straw, if desired.