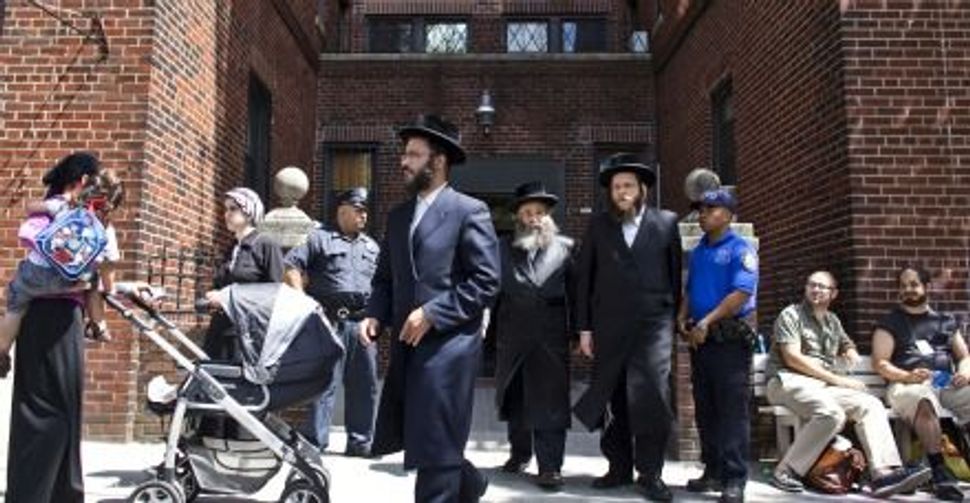 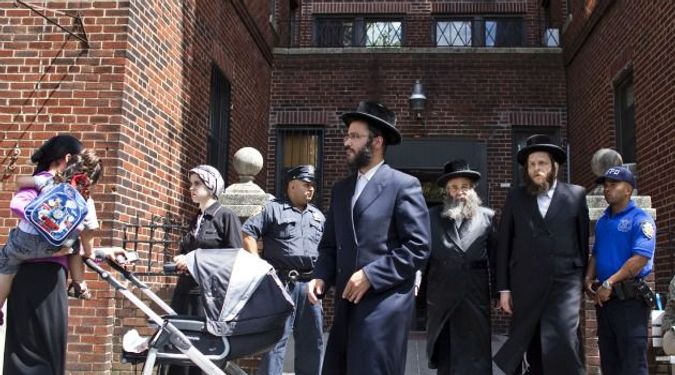 The abduction and murder of Leiby Kletzky in a heavily Orthodox Jewish neighborhood in Brooklyn has reignited a debate over when Jews can report sexual abuse to the authorities.

Levi Aron, 35, was indicted on murder charges in the July 12 killing and dismemberment of 8-year-old Leiby. In a confession to police, Aron said he panicked after seeing flyers about the missing boy, and suffocated him with a towel in Aron’s apartment. He had picked up Leiby on a Brooklyn street after the boy had asked for directions home.

Shortly after Aron’s arrest, NYPD spokesman Paul Browne said one of Aron’s neighbors claimed he had tried to lure her son into his car, just as he is accused of doing with Leiby.

Now, two leading Orthodox groups, the Rabbinical Council of America and Agudath Israel of America, have released competing and contradictory guidelines on whether Jews need a rabbi’s permission before turning a suspect in to secular authorities.

Agudath Israel issued its statement first after one of its leading rabbis, Shmuel Kamenetsky, made a remark on July 12, at an event in Flatbush, Brooklyn, while the search for Leiby continued in nearby Boro Park.

At the event, Kamenetsky reiterated the widespread Orthodox belief that Jews must consult a rabbi before reporting abuse to the authorities.

Victims should report crimes only “after you bring it to a rav [rabbi],” Kamenetsky said in a recording posted on the Failed Messiah blog. If they do not consult a rabbi, many strictly Orthodox Jews fear they will violate the law of mesirah, the prohibition against informing on a fellow Jew to secular authorities. However, law-enforcement officials and victims’ advocates have warned for some time that rabbinic interference in reporting abuse, puts young lives at risk.

In a number of well-documented cases, rabbis have failed to report abusers to the authorities. Law-enforcement officials also warn that seeking advice from a rabbi causes delays that could harm a police investigation.
Rabbi Kamenetsky is vice president of Agudath Israel of America’s Supreme Council of Rabbinic Sages, the top strictly Orthodox rabbinic authority in the country.

Within days of his speech, Agudath released a lengthy statement clarifying and reinforcing Kamenetsky’s position.

The statement said that Jews could only report an abuser to the authorities if there was “raglayim la’davar” (reason to believe) abuse had taken place. It emphasized that only a rabbi could determine whether the bar for reasonable suspicion had been reached.

“Because the question of reporting has serious implications for all parties, and raises sensitive halachic issues,” the statement read, “the individual should not rely exclusively on his own judgment to determine the presence or absence of raglayim la’davar.”

Such a position was at odds with a statement released days later by the Rabbinical Council of America, Modern Orthodoxy’s largest rabbinic association.

The RCA said that adults who suspect abuse are “obligated to refer the matter immediately to the secular authorities” without the need to consult a rabbi.

Only where “facts are uncertain” should “experts, both lay and rabbinic” be consulted, the RCA said.

The statement was based on guidelines adopted by the RCA at its annual convention, held in May last year.

Rabbi Shmuel Goldin, president of the RCA, clarified the position in a telephone interview with The Forward. “I believe our position is that one has to err in favor of the protection of potential victims,” Goldin said.

“In normal circumstances, when a child comes before you, or a potential victim, and accuses someone of abuse, our position is you are under no obligation to consult with anyone. You are under an obligation to act as long as you feel there is a possibility this is real.”

Goldin added that very few rabbis are equipped to deal with allegations of abuse. “Our recognition is that the rabbi does not necessarily have to be consulted in a situation as immediate and urgent as this,” Goldin said.

Rabbi Avi Shafran, a spokesman for Agudath Israel, said that a rabbinic degree did not, in and of itself, qualify a rabbi to deal with matters of abuse.

But he added: “Rabbis who have ministered to families for many years are very likely to have dealt with such issues, and those who have, and who have consulted with mental health professionals and other experts, are most qualified to responsibly handle questions about what constitutes ‘reasonable suspicion’ in such matters.”

He continued: “There are rabbis in most larger Orthodox Jewish communities who well fit that bill, and even in communities where there might not be, such an authority is no farther away than a telephone or computer.”

Goldin said Agudath had a right to its halachic position. But he added that the RCA felt “extremely strongly” about its guidelines.

“Do we believe we are right? Yes. Would we be pleased if Agudath took the same position? Yes, we would,” Goldin said. “We feel it is halachically correct, we want to protect victims and potential victims, and we want to be clear this position is a valid bona fide position in the Orthodox community.”