JCPA Wades Into Debate on Use of Civil Rights Law 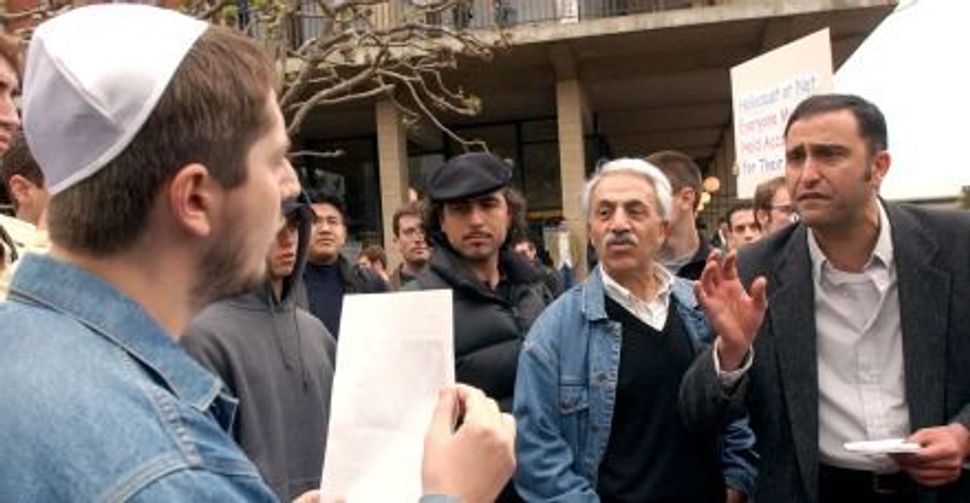 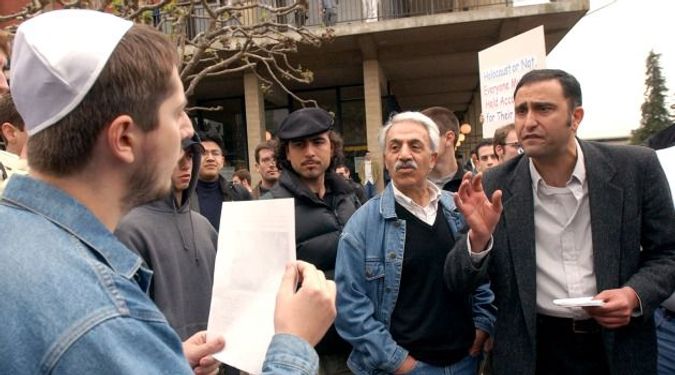 Simmering divisions within the Jewish community are expected to come to a head this month over efforts to use federal civil rights laws to sanction some forms of alleged anti-Israel activity on campus.

The Jewish Council for Public Affairs, American Jewry’s primary umbrella group for addressing domestic issues, will vote at its upcoming board meeting on a resolution that, in its current draft, cautions Jewish groups to guard against suppressing free speech and to invoke civil rights laws only after exhausting other measures.

“Lawsuits and threats of legal action should not be used to censor anti-Israel events, statements, and speakers in order to ‘protect’ Jewish students,” the draft resolution warns, “but rather for cases which evidence a systematic climate of fear and intimidation coupled with a failure of the university administration to respond with reasonable corrective measures.”

The draft’s nuanced construction reflects serious concern over the possibility that some Jewish groups and individuals may be inappropriately exploiting recent changes in the government’s interpretation of federal civil rights laws, according to communal officials involved in the issue. They cite in particular Title VI of the landmark 1964 Civil Rights Act, which protects individuals from discrimination based on race, color or national origin in education programs and activities that receive federal funding.

“In light of the debate that has arisen, we felt it would be helpful to offer some guidance on when Title VI should be used and when it shouldn’t be used,” said Gerald Greiman, co-chair of the JCPA’s Task Force on Jewish Security and the Bill of Rights, which helped draft the resolution. “We are really trying to drive a ship through some treacherous waters and be mindful of the hazards that lurk on both sides.”

The JCPA, whose constituent members include communal heavy hitters such as the Anti-Defamation League and the American Jewish Committee, will present its resolution to board members on October 24. The group may vote on it, amend it or table it at that time.

Just one year ago, establishment Jewish groups universally welcomed a decision by the U.S. Secretary of Education Arne Duncan to expand his department’s interpretation of Title VI to include protection against “harassment of members of religious groups based on shared ethnic characteristics,” effectively including Jews. Prior to Duncan’s reinterpretation, issued in October 2010, Jews were regarded as purely a religious group and therefore outside the purview of Title VI, which does not include religion as a protected category.

But one year later, the Jewish communal world is a picture of discord on the question of when and under what circumstances Title VI should be invoked. The division — much of it focused on when anti-Israel activity tips into anti-Semitism — is apparent not only between organizations but within them, as well. In August, AJC executive director David Harris publicly repudiated his in-house anti-Semitism expert, Kenneth Stern, after Stern co-wrote an open letter warning that “many” complaints being filed under Title VI “simply seek to silence anti-Israel discourse and speakers.” Stern called this trend “dangerous.”

Harris called Stern’s letter “ill-advised” in a message to Tammi Rossman-Benjamin, a Title VI complainant at the University of California, Santa Cruz, whose case is currently under investigation by the Department of Education’s Office for Civil Rights.

It was this incident that prompted the JCPA to seek out communal consensus to guide Jewish groups on their deployment of Title VI complaints, according to communal officials.

But the JCPA’s draft resolution has raised the hackles of some who see it as sacrificing to political correctness the Jewish community’s responsibility to fight anti-Israel behavior.

“The resolution talks about there being a debate within the Jewish community regarding the use of Title VI, and I don’t know of any such debate,” said Susan Tuchman, legal director of the Zionist Organization of America. “If there is such a debate over whether there should be legal protection for Jewish students facing anti-Semitic harassment, to me that is a sad commentary on the community.”

In July, the ZOA filed a Title VI complaint against Rutgers University in New Brunswick, N.J. The complaint cited an alleged incident in which a student was threatened with violence on Facebook because of his on campus, pro-Israel activity. In another alleged incident, Jewish and pro-Israel students were said to have been charged admission to a pro-Palestinian event while their non-Jewish counterparts were admitted free of charge. The organizers countered this version of the incident, saying the decision to charge entrance fees came from the need to hire security in response to pro-Israel protesters who planned to disrupt the event.

Tuchman said that the ZOA filed its Rutgers complaint with the OCR only after it wrote two letters to the university’s president, Richard McCormick, alerting him to the ongoing problems. McCormick responded to both letters, but Tuchman felt that they were inadequate and that McCormick “essentially ignored some of the problems that we had and whitewashed other concerns.” The ZOA’s approach, she said, would seem to show that Jewish organizations are already doing what the JCPA has called for in its draft resolution — namely, exhausting every avenue of campus mediation before turning to the federal government. The OCR is still evaluating the complaint and has yet to decide whether to open an investigation.

Other Title VI complainants have also voiced concerns over the tenor of the JCPA resolution. Kenneth Marcus, a former head of OCR, said that the JCPA’s emphasis on resolving issues internally could put Jewish students at risk of missing the 180-day time frame to file a suit in accordance with the federal statute of limitations.

Marcus referenced a case he is handling as an example of the need for swift action. The complaint, which he filed in September, concerns an Orthodox Jewish student at Columbia University who he said was discouraged by her adviser from taking a Middle East class with Palestinian-American professor Joseph Massad because the adviser warned her the course would make her “uncomfortable.” This, Marcus said, indicates that Massad’s class is an “inhospitable” environment for Jewish students. Had Marcus waited until Columbia University responded to file the complaint, he said, he might have missed the federal window. The OCR has opened an investigation into the case.

Those supporting the JCPA resolution, on the other hand, contend that the JCPA has struck a needed cautionary note.

Deborah Lauter, the ADL’s director of civil rights, noted that her group was still investigating the Rutgers case but has so far not joined the complaint. It has similarly held back on the Columbia University case.

“Different organizations within the Jewish community will have different strategies and tactics,” Lauter said. “The JCPA did a good job of trying to balance when and why the federal sledgehammer should be used.”

Greiman said that the JCPA itself has no opinion on the merits of specific outstanding Title VI complaints. But he added: “We feel there is real potential to misuse and overuse Title VI. That is one of the reasons that we are speaking out and trying to offer guidance.”

JCPA Wades Into Debate on Use of Civil Rights Law