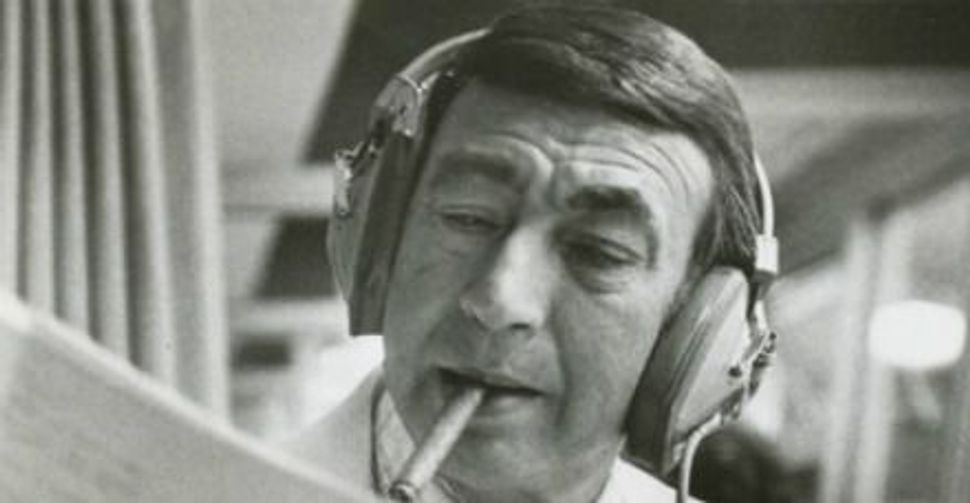 Howard Cosell: The Man, the Myth, and the Transformation of American Sports
By Mark Ribowsky
W.W. Norton & Company, 496 pages, $29.95 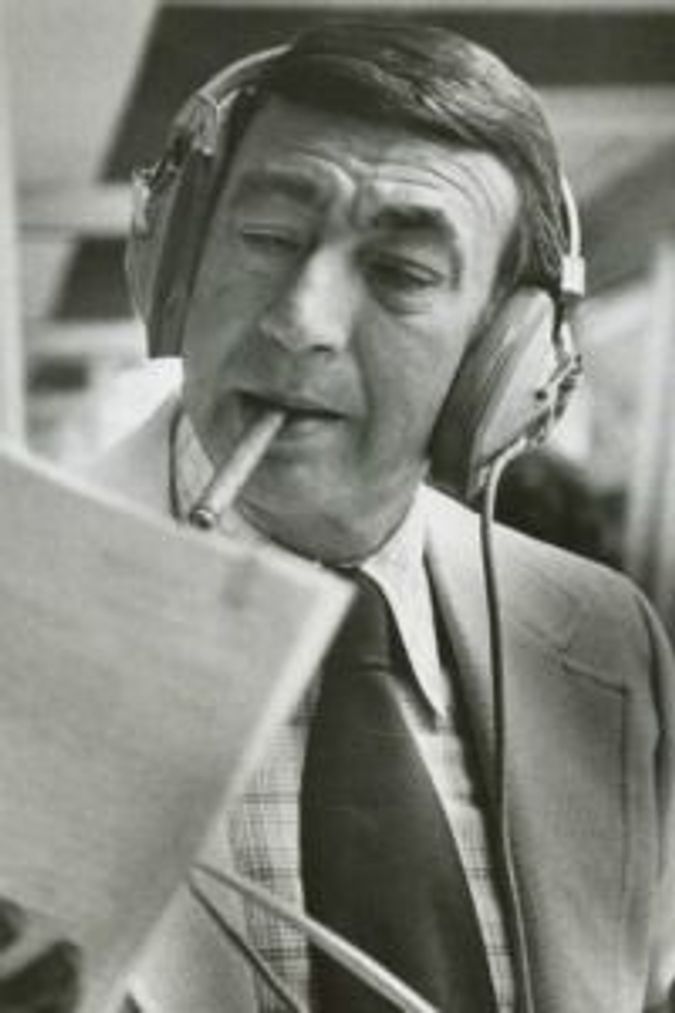 Insecure Icon: Howard Cosell played a crucial role in the transformation of sports into a cultural phenomenon, and a multi-billion dollar corporate enterprise. To many, he was also the prototypical New York Jew. Image by wikimedia commons

‘I’ve gotta use words when I talk to you,” Apeneck Sweeney says to his girlfriend, Doris, in T.S. Eliot’s “Sweeney Agonistes.” Sweeney had it right. Words transform reality by making it both more important and more suspect than even Eliot thought. Like Sweeney, sports journalist Howard Cosell used words to transform reality for millions of Americans for whom he rendered the world of sports in pompous, fustian Cosellese, a language that became more real to his audience than the political and economic conditions defining their everyday lives.

Like many who listened to Cosell do his shtick on “Monday Night Football,” I loathed the sound of his voice. It made me feel as if I had been buried beneath an endless stream of freshman English themes, each buoyed by the belief that to have heard a multi-syllabic word meant that one was obliged to use it. It wasn’t only the whining I abhorred, but also the blatant pomposity that went along with it. Multi-syllabic whining made listening to Cosellese even more painful.

I know I am not being fair here. The fact is that I listened to Cosell and that he was often astute, courageous and penetrating in his coverage of sports. Yet were I to spot one of those “Cosell Sucks” signs that Mark Ribowsky mentions in his latest book, “Howard Cosell: The Man, the Myth, and the Transformation of American Sports,” I would, even today, nod in empathy.

Ribowsky’s book is a bit over the top in its estimate of Cosell’s influence on the world of sports, and his prose can be as bloated as that of his bloviating subject. To describe Cosell as “an Icarus flying into the sun” denies even the possibility of meaning for metaphor. Pompous as he was, Cosell had more in common with Sweeney than with Icarus. And the Doris he wooed was the Great American Public. However, despite the rhetorical flights and the occasional error (the TV show “Mad Men” isn’t on HBO), Ribowsky’s biography succeeds in capturing a man who was tough, interesting and more complex than Cosell haters like to admit.

His Cosell, “the most over-caricatured human ever seen on a television screen,” turned himself into a major figure in the postwar growth of sports in America. He played a crucial role in marrying corporate sports to corporate media, an alliance whose latest offspring is the multibillion-dollar agreement that ESPN recently signed with the National Football League. And Ribowsky understands how important big-time sports is in this country today.

But the more interesting story in this biography is that Cosell, not Alfred Kazin, still comes to mind for most Americans as the prototypical New York Jew. Cosell paid for his success with a life that embodied the contradictions facing urban Jews of “the greatest generation.” The child of Isidore and Nellie Cohen (the name change was a reversion to the original, if also less recognizably Jewish), he could serve as a poster child for the Jewish urban experience in 20th-century America. The immigrant world of his parents stained both his ambition and his paranoia, and being born Jewish was both his burden and his shield.

Cosell was prone to labeling opponents anti-Semitic. Yet despite the large Jewish presence in the media, sports really did have its share of anti-Semites, a point effectively made by Beano Cook, a less verbose Cosell, who tells Ribowsky, “If my name were Goldstein, they wouldn’t say I’m irreverent, they’d say I was another wise-ass Jew, like that Howard Cosell.” As Delmore Schwartz said, “Sometimes even paranoids have enemies.”

As with other prominent New Yorkers identified in the popular mind as Jews — say, Woody Allen (who liked Cosell and used him in three of his movies) — Cosell’s true Jewish burden was in coming to terms with his American fantasies. Religion and ethnicity were as distasteful to him as a stale cigar, except when they could be used to dismiss opponents as anti-Semites. He seems defensively, even purposefully, ignorant about Judaism and Jews. That he was born Jewish was an inconvenience he dealt with by admitting to the fact and then trying to ignore it.

Yet for a man who prided himself on “telling it like it is,” he at times avoided the uncomfortable implications of being a Jew. He could slam Avery Brundage for his coarseness in dealing with the massacre of Israel’s Olympic team in Munich, but he never confronted Muhammad Ali for the blatant racism of the Nation of Islam. He deserves credit for his vigorous defense of Ali during the Vietnam War. But Ribowsky shows us how that defense turned into a sycophantic relationship. Cosell rarely criticized Ali in public. And Ali was tutored both by Malcolm X — no friend to the Jews — and Louis Farrakhan, whose anti-Semitic rants are as offensive as David Duke’s. Never loath to attack white racism, Cosell seemed willing to give black racism a free ride if it threatened to interfere with a usable journalistic friendship. Brundage certainly deserved his scorn. But so did the Nation of Islam.

Ribowsky portrays Cosell as highly insecure, a man who needed to be seen and talked about and who adored celebrities. Even in dying, he remained what my students used to call a “celebrity f——r.” Cardinal O’Connor was called in to offer deathbed prayers “for the soul of this Jewish man from Brooklyn.” The funeral was at a Methodist church on 86th Street. Obituary notices in The New York Times were placed by the Friars Club, the Hebrew University of Jerusalem and the Jewish Sports Council. It was a send-off that would have pleased him.

I imagine a different ending: Somewhere in the depths of a Brooklyn where a lanky Howard William Cohen grew into Howard Cosell, a Jewish Apeneck Sweeney recites a silent Kaddish, thinking: “The poor schmuck! What a price he paid for his American fantasies!”

Leonard Kriegel, a Manhattan-based writer, taught creative non-fiction at the City College of New York for many years. He is currently working on a novel.