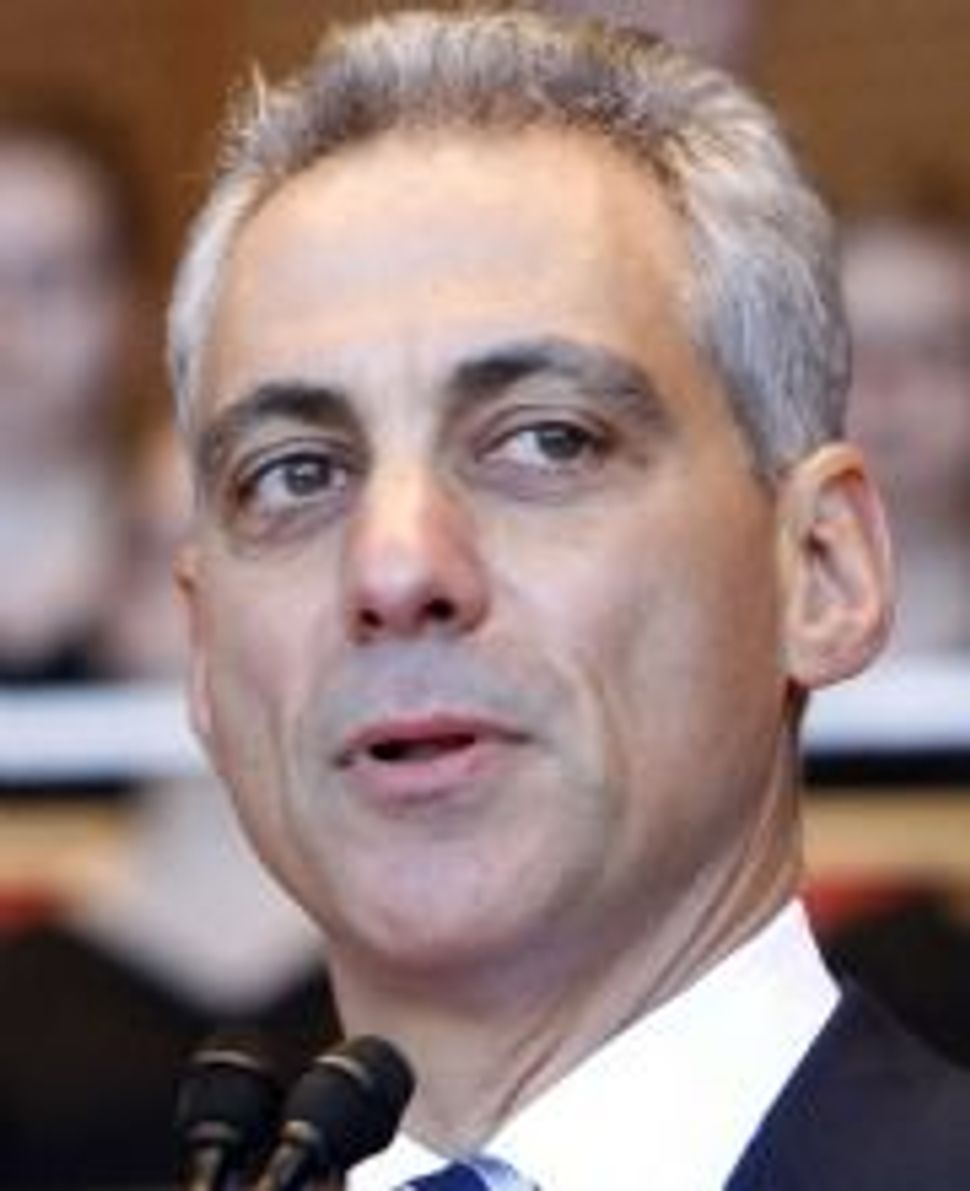 First known as the bare-knuckled wunderkind of Bill Clinton’s presidential staff, Rahm Emanuel launched his own political career with a 2002 congressional run from his native Chicago. Though on a fast track to become the first Jewish Speaker of the House of Representatives, he reluctantly returned to a second-banana role in 2009 as President Obama’s White House chief of staff.

This year, the 51-year-old Emanuel struck out on his own again, heading home to run for mayor of Chicago. Easily winning a six-way race with 55% of the vote, Emanuel was inaugurated May 16, becoming the Windy City’s first Jewish mayor. Unusual for an elected official, he’s used his bully pulpit repeatedly to articulate his personal Jewish credo. In June, he defended Obama’s Israel record on ABC News and in a Washington Post Op-Ed, adding that as “the son of an Israeli immigrant,” he had a “deep and abiding commitment” to Israel’s security. He also wrote, “…[I]f during the two years I served in the Obama White House the Palestinians had spent as much time working for peace as they did avoiding the table, the process would be much farther along.”

Reflecting on his own career in a September 20 keynote address at the annual meeting of Chicago’s Jewish United Fund, he said, “To be a Jew is to be a member of a community — and that’s not just our community… We have an obligation beyond our community to serve.”