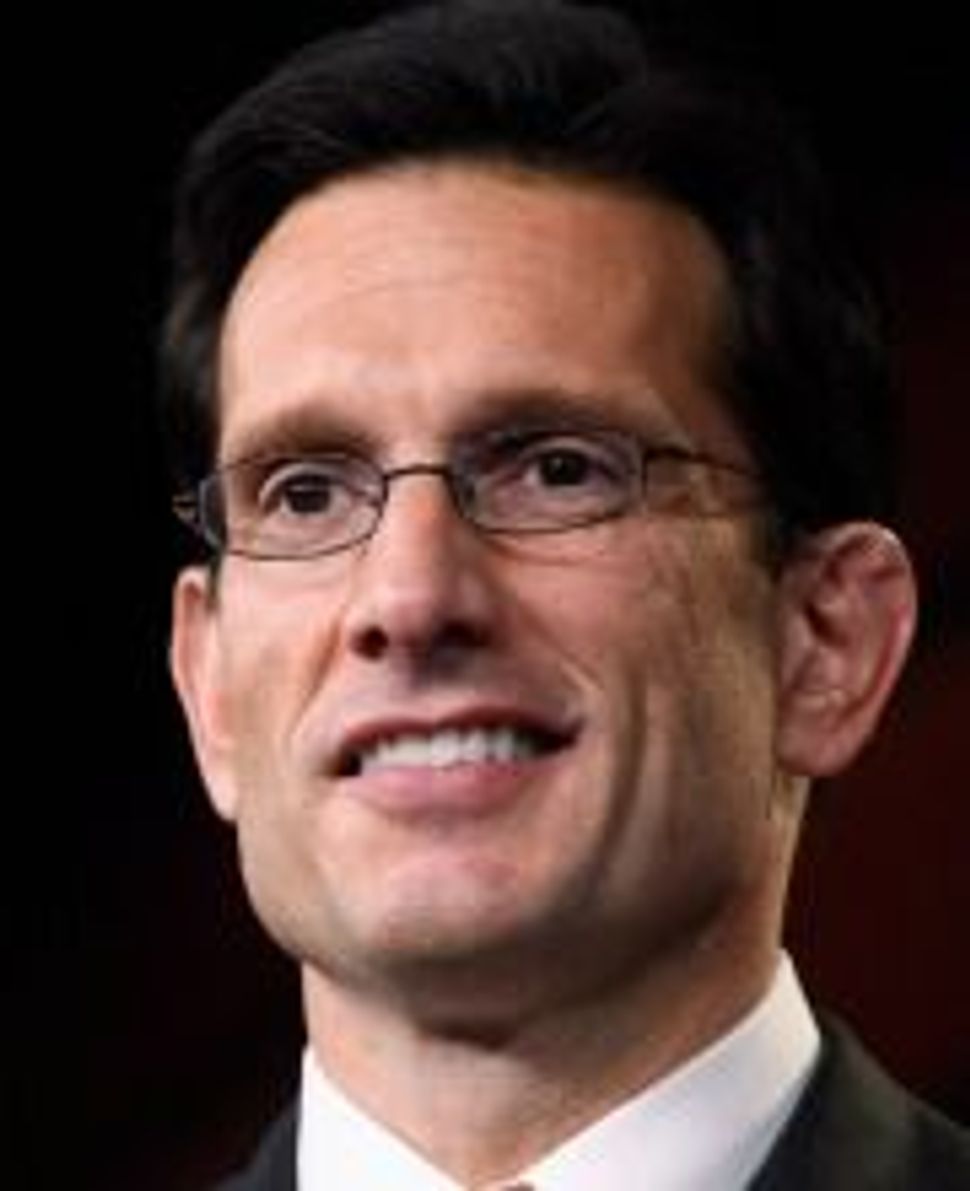 The Republican landslide in the midterm elections catapulted Eric Cantor to a spot no Jew has ever held before — majority leader of the House of Representatives. It could be a coincidence that the highest position a Jewish lawmaker has ever reached in Congress went to the sole Jewish Republican in the House, but it is no accident that Cantor is the one to achieve this honor.

Even after 10 years in Congress, Cantor, 48, is still seen as a rising star, adored by Republicans for his rigid conservative values and appreciated even by rivals for his endless energy and drive.

This summer, when debt-ceiling negotiations between the White House and Congressional Republicans seemed near a deal, Cantor stepped in and singlehandedly blocked the agreement. It was a moment of decision for the Virginia congressman, who chose to side with his party’s conservative base rather than with his boss, House Speaker John Boehner of Ohio. This stand pushed Cantor even further into the national limelight and, as Republicans searched for a presidential candidate, his name was once again thrown in. But Cantor made clear he has no such aspirations at the moment.

Cantor’s strong support for Israel has been a constant thread throughout his political career. This year, however, he almost stumbled when suggesting that aid to Israel be separated from other American foreign aid. His intention was to secure U.S. aid for the Jewish state despite budget cuts, but Cantor was forced to backtrack after hearing strong opposition from the pro-Israel lobby.