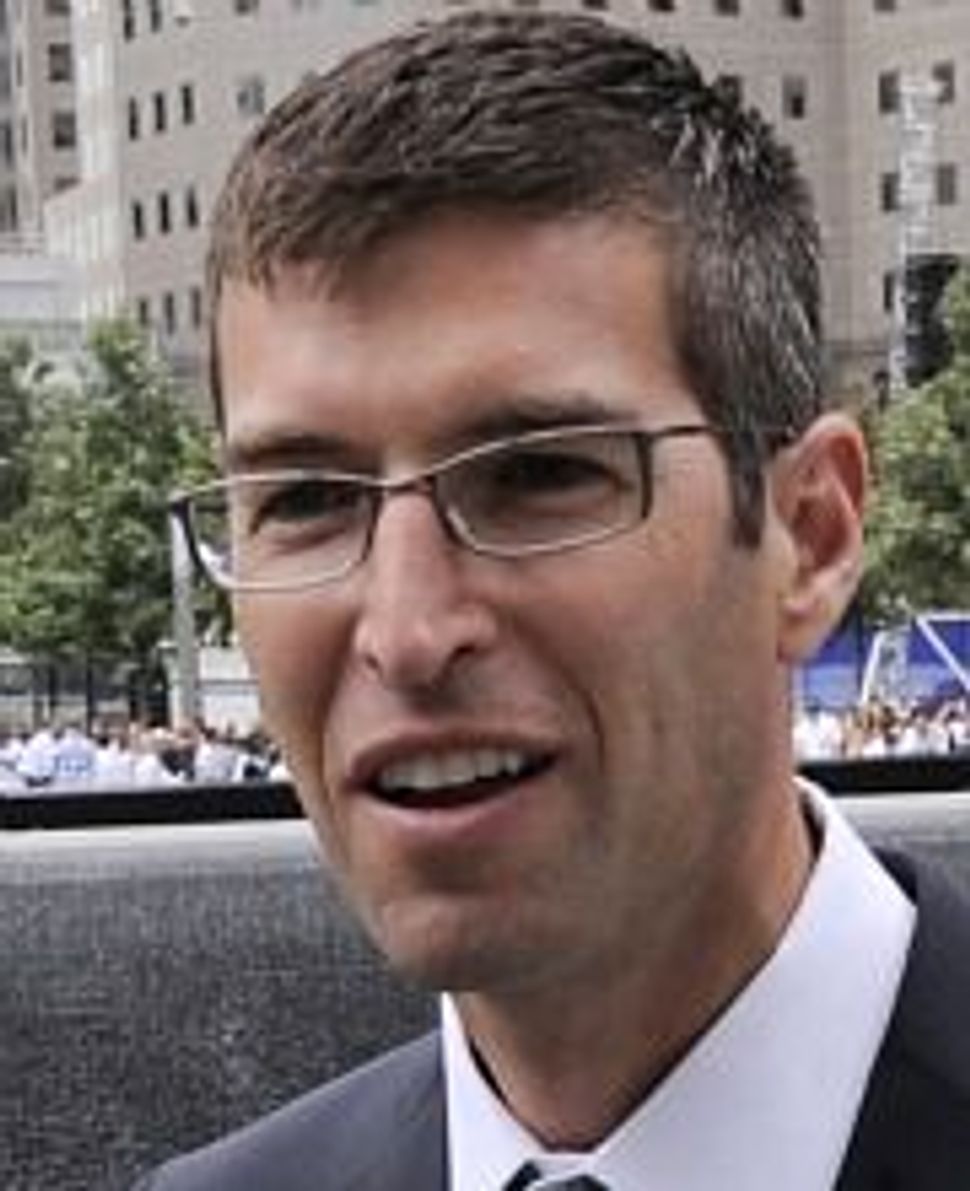 In 2004, when Michael Arad won the competition to design the memorial at Ground Zero, he was an unknown architect working for the New York City Housing Authority. As several newspapers detailed, the path between his proposal and its realization was anything but smooth.

However, despite the hurdles of spiraling costs, logistical difficulties and personality clashes that had to be overcome, the

memorial officially opened on September 11, 2011 to universal acclaim. The two reflecting pools on the footprints of the former World Trade Center towers are exquisitely fashioned and, in their elegant unobtrusiveness, are a fitting memorial to those who were killed there on 9/11.

Using the principle of “meaningful adjacencies,” the names of the victims are engraved on walls surrounding the pools, near to the names of those they might have known or worked with.

Arad, 42, a dual Israeli-American citizen, arrived in Manhattan only two years before 9/11, after having served in the Israeli army and completed his schooling at Dartmouth University and the Georgia Institute of Technology’s College of Architecture. He was born in London while his father, a former Israeli ambassador to Mexico, was on mission there.

As the centerpiece of the yet-to-be-opened memorial museum, Arad’s “Reflecting Absence” will be the focus of 9/11 pilgrimages for decades to come. It is a construction that, like Maya Lin’s Vietnam Veterans Memorial, to which it is often compared, will only grow in stature over time.