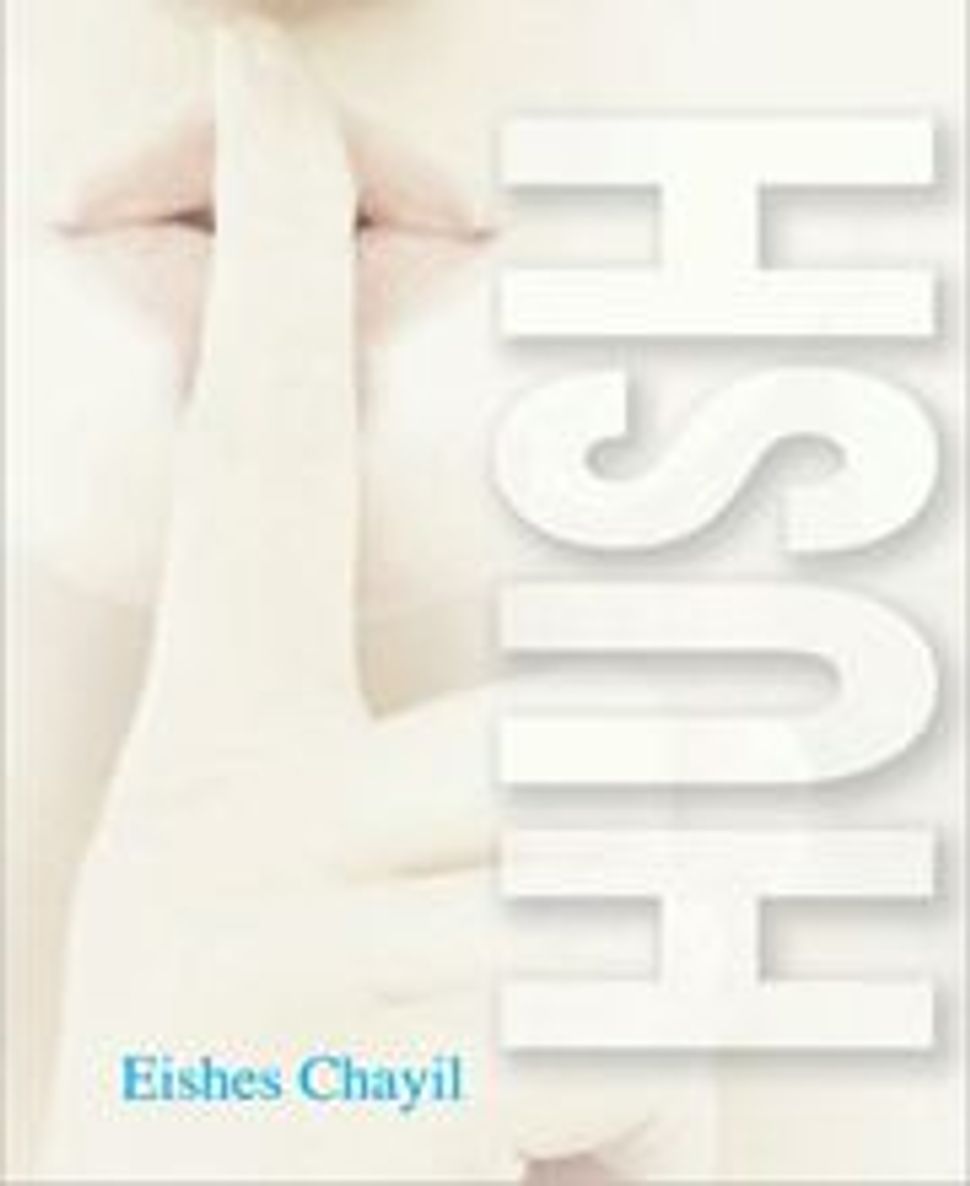 Few people in Brooklyn’s ultra-Orthodox community of Boro Park may have read Judy Brown’s debut novel, “Hush,” but that doesn’t mean it hasn’t caused quite a stir. Based loosely on Brown’s childhood experience of witnessing a friend being molested, “Hush” follows a young woman as she struggles to deal with pent-up anger and guilt years after her best friend, who had been sexually abused, commits suicide.

As the title suggests, “Hush” is not so much about the abuse itself as it is about the ultra-Orthodox community’s insular culture of denial. Brown published the novel under the pseudonym “Eishes Chayil,” which means “Woman of Valor,” partly because her mother, Ruthie Lichtenstein, is editor-in-chief of the Brooklyn-based, ultra-Orthodox newspaper Hamodia: The Daily Newspaper of Torah Jewry. But Brown, 31, also maintained her anonymity because of a fear of repercussions. Sure enough, in the months after “Hush” was released, Brown’s publisher received death threats.

But the abduction and murder of 8-year-old Leiby Kletzky this past summer prompted Brown to unmask herself. Writing in the Huffington Post in August, Brown revealed her true name and said that denial and fear had led too many ultra-Orthodox men and women to disbelieve the allegations of abuse. Meanwhile, she wrote, the community’s blind trust in its members had led countless children like Leiby to fall prey to ultra-Orthodox predators. Brown vowed to “find the courage to stand with the victims who carry the burden of our silence for the rest of their lives.”