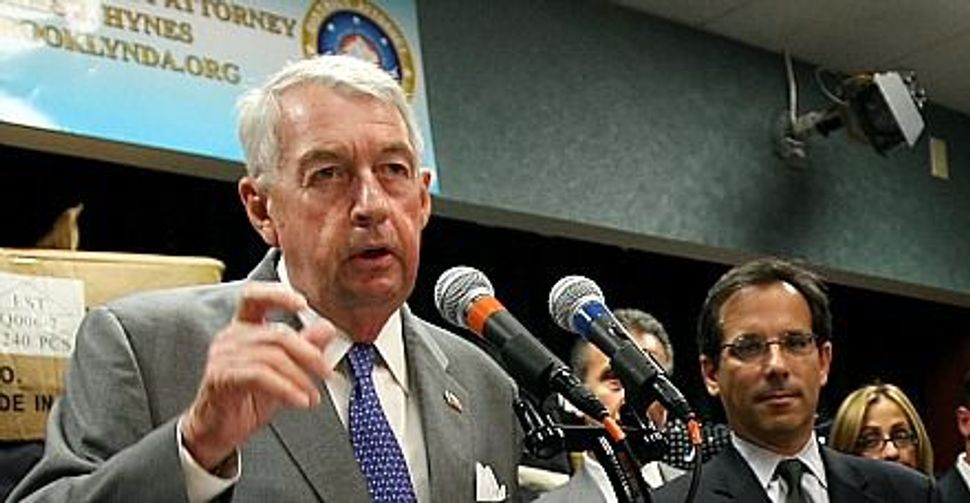 Brooklyn District Attorney Charles Hynes claims to have arrested an unprecedented 89 men on child sex-abuse charges in the ultra-Orthodox communities in Brooklyn over the past two years — but declines to provide any details backing up the numbers or to give the status of any of the cases. 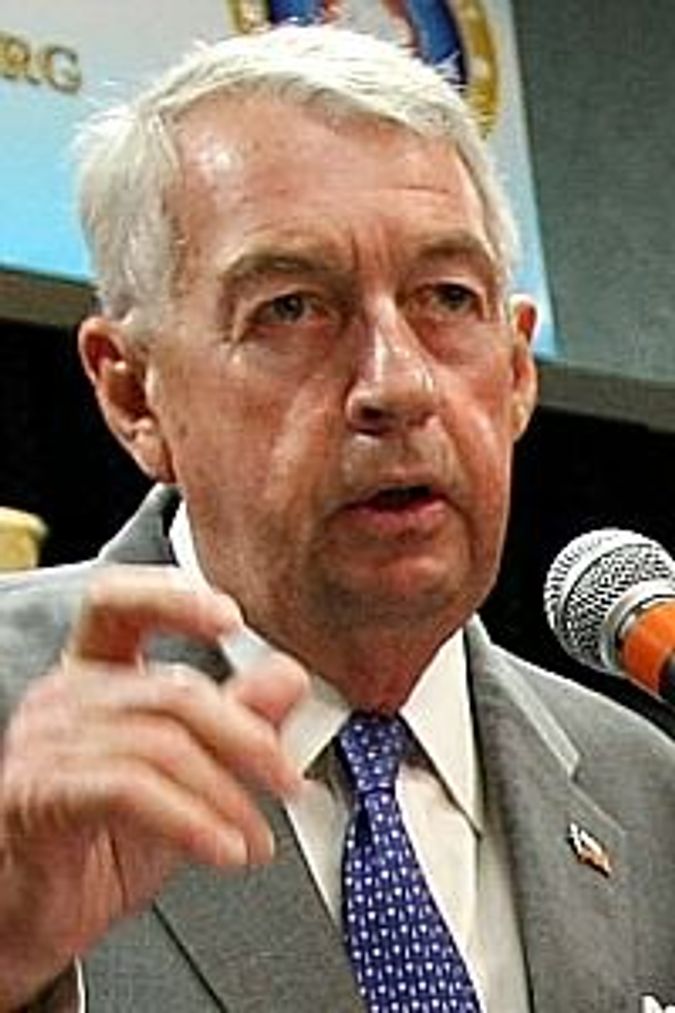 Sexual abuse survivors and their advocates have long harried Hynes for allegedly overlooking molesters in the borough’s tight-knit, ultra-Orthodox communities. They charge that Hynes fears political retaliation from the borough’s powerful rabbinic leaders and their bloc-voting Orthodox voters.

Hynes heatedly denies this. And the data he offered the Forward seems to suggest a breakthrough. But his office’s refusal to provide even basic details on any of these cases makes it impossible to evaluate and confirm the true nature and extent of Hynes’ claim.

Initially, when the Forward requested data in mid-October on child sex abuse arrests in the Orthodox community, Jerry Schmetterer, the D.A.’s spokesman, said his office does not compile statistics based on the “race or religion” of people it arrests.

When the Forward brought to his attention that the D.A.’s office released a similar statistic in 2009 — of 26 Orthodox men who had been arrested for sexual abuse over the previous two years — Schmetterer said he would consult the D.A.’s sex crimes bureau. 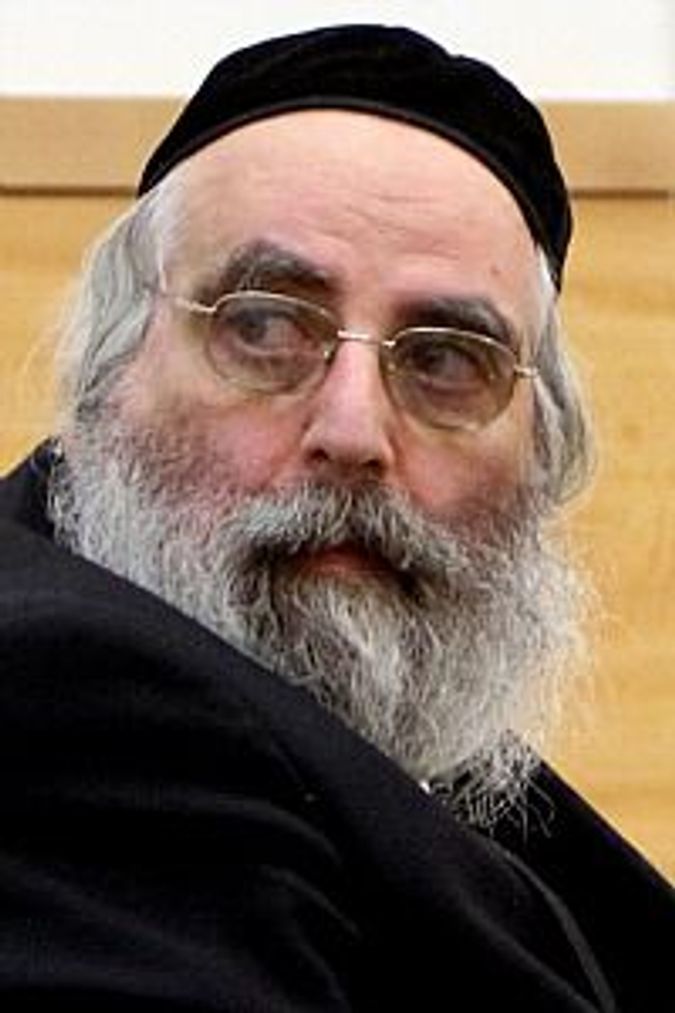 In late October, Schmetterer said that 89 Orthodox men had been arrested and charged with sex abuse since October 2009.

He repeated the claim twice, in two separate conversations. But when the Forward asked for written confirmation and posed a number of follow-up questions, Schmetterer declined to respond.

“We are not prepared to discuss this at this time,” Schmetterer said in an October 27 e-mail. “Perhaps towards the end of November.”

Just why the D.A.’s office would be unwilling to respond is unclear, particularly because the staggering figure appears to bolster the D.A.’s claim that he is getting tough on Orthodox abuse.

In October 2009, the figure of 26 arrests was seen as a landmark following decades during which the D.A. rarely prosecuted sex abuse cases against Orthodox men despite advocates’ claims that the problem was rampant. The New York Times ran a Page One story trumpeting the change.

But the latest number — much like the 2009 figure — has proved impossible to verify.

The Forward combed through news reports and interviewed people who specialize in sex abuse cases.

Since October 2009, the Forward was able to find nine arrests and three convictions of Orthodox men, including that of Boro Park rabbi Baruch Lebovits, currently out on bail and under house arrest pending an appeal.

Asher Lipner, a clinical psychologist who is also an advocate for survivors of abuse, said he was not aware of anything near 89 arrests during the past two years. “If that’s the case,” Lipner said, “how come there haven’t been too many convictions?”

“At least some of these 100-plus cases [over the past four years] must have been resolved by now,” Hirsch said.

He added, “We deserve public notice of the arrest and conviction of Orthodox sex offenders, not culturally sensitive policies that keep these cases from the public, thereby placing children in danger.”

The difficulties the Forward has had verifying the D.A.’s claims are reminiscent of issues that arose two years ago, when the D.A. claimed 26 child sexual abuse arrests in the Orthodox community between 2007 and 2009.

In October 2009, the Forward requested those arrest details from the D.A.’s office. It received a list of 26 cases, including charges, but without names and with a note that said, “There are a few cases which involve adult female victims.”

Last year, the Forward submitted a Freedom of Information Law request to see the names of the 26 men.

The Forward’s request was denied, as was a subsequent appeal. One of the reasons the D.A.’s office gave, in March 2010, was that the list had been compiled so long ago, without names or indictment numbers, that it would be “impossible to discern” the cases that were listed.

If the latest figure of 89 arrests during the past two years is correct, it would appear to suggest that the ultra-Orthodox community’s wall of silence has been breached once and for all.

Survivors and their advocates cautiously welcomed the figure. But they suggested that an increase in arrests may have as much — if not more — to do with grassroots pressure from within the community than from the D.A.’s work.

Luzer Twersky, who claims he was abused by a rabbi from the age of 9 until he was 12, said the D.A. has little influence within the Orthodox world.

“Everything is done in a Hasidic way,” Twersky said, referring to what he described as the community’s preference to handle matters internally and, occasionally, to pay victims for their silence.

In Twersky’s case, he said a threatening telephone call to his father from a prominent rabbi was enough to keep him quiet.

Agudath Israel of America, the ultra-Orthodox umbrella organization, advised Jews in a recent statement to consult a rabbi before taking their allegations to police.

But in the predominantly Chabad-Lubavitch community of Crown Heights, attitudes appear to be changing.

In July, a Lubavitch religious court issued a ruling that stated unequivocally that families who suspect abuse should inform the police.

“The Beis Din [religious court] has become increasingly aware of severe incidents of child abuse that have occurred recently,” stated the ruling, which was reposted on Crown Heights Watch, an advocacy website.

The Crown Heights religious court said that because many victims had remained silent out of a “fear of stigma” or a fear of violating Jewish law, they had perpetuated “an environment of abuse.” The rabbis insisted that the prohibitions against Jews using secular courts “do not apply in cases where there is evidence of abuse.”

Eli Cohen, executive director of the Crown Heights Jewish Community Council, said the rabbis issued their ruling after they were “consulted by victims in a small number of incidents.”

Cohen said the rabbis “saw the need to go public with their ruling in case there were other victims that they did not know about who were still unsure about reporting abuse to authorities.”

Lani Santo, executive director of Footsteps, a not-for-profit organization that helps people who leave the ultra-Orthodox world, said her organization had noticed that its clients talk about abuse much more openly these days.

Santo said that last year, one-fifth of new Footsteps clients told of an episode of sexual abuse during their first interview with the group.

“People talk about it as a commonplace practice,” Santo said.

But in many cases, by the time a person reaches Footsteps, his or her abuse claim is too old to be prosecuted, Santo said.

Such was the case for Twersky, who is now 26. The statute of limitations has run out for pressing charges against the man he alleges abused him 14 years ago. But in December 2009 the same rabbi was arrested by the Brooklyn DA on charges of molesting another boy.

“He went on doing what he did for 15 years, with no one getting in his way, because he is the son of a very, very powerful man,” Twersky said.