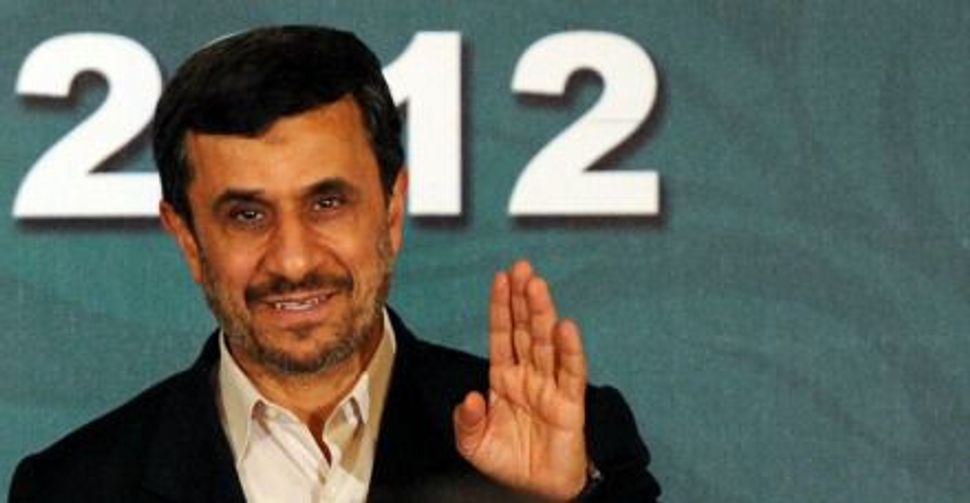 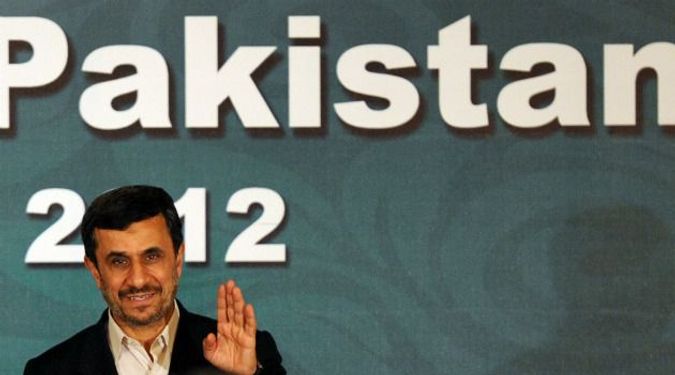 AIPAC Looming: With the AIPAC conference approaching, some lawmakers are pushing for a tougher American stance against Iran. Image by getty images

With tension between Jerusalem and Washington on the rise over the preferred policy for dealing with Iran, supporters of Israel are urging lawmakers to back a resolution moving the goalposts in this debate closer to the views of Benjamin Netanyahu’s government.

A proposed Senate resolution, supported by the pro-Israel lobby, would shift America’s red line in dealing with Iran from preventing the Islamic Republic’s acquisition of nuclear weapons to stopping it before it achieves “nuclear capabilities.” Authors of the resolution believe that it is the only way to ensure that Iran ceases to be a threat to the region.

Opponents see it as moving America too close to a declaration of war.

The resolution, now gaining signatures in the Senate, will be the legislative centerpiece of the American Israel Public Affairs Committee as it convenes for its annual Washington conference, to take place in early March. The conference is expected to serve as the key arena for discussing American-Israeli differences over Iran as it hosts President Obama, Prime Minister Netanyahu and Republican presidential candidates at a time when experts believe that Israel is nearing a decision on whether or not to launch a military strike.

The Senate resolution, co-sponsored by South Carolina Republican Lindsey Graham, Independent Connecticut Senator Joseph Lieberman and Bob Casey, a Pennsylvania Democrat, was officially rolled out February 16 after weeks of debate over its language.

The resolution, which is nonbinding, urges the president “to reaffirm the unacceptability of an Iran with nuclear-weapons capability and oppose any policy that would rely on containment as an option in response to the Iranian nuclear threat.” Co-sponsors of the resolution argued that it was merely giving weight to a commitment already made by Obama when he spoke out against allowing Iran to obtain nuclear weapons capabilities.

“The purpose of this resolution,” Graham said in a February 16 Capitol Hill press conference, “is to say to the world, to our citizens and to the president, ‘We agree with you, and we have your back, Mr. President.’”

While nuances in the new Senate resolution may seem minor, they could potentially change the way the United States acts in regard to the Iranian nuclear issue. Iran has been continuing its work to enrich uranium as part of a military nuclear program, according to the International Atomic Energy Agency. But it has not yet reached a point of acquiring nuclear weapons. The point of achieving nuclear capabilities, however, is not clear-cut, and Iran may have already passed it. In that case, the Senate resolution could be understood as a call for immediate action against Iran.

“It is a standard that in my opinion is more real and perhaps in some senses higher than saying ‘The red line is when they actually have nuclear weapons,’” said Lieberman, who explained that in his opinion, achieving nuclear capability means having the components to produce a nuclear weapon.

But critics argue that the definition of “nuclear capability” is vague and that it points to top American intelligence and military officials who stated that Iran has not yet made a decision to use its nuclear capability for building atomic bombs. “This Senate resolution is essentially shrinking the space available for the administration to conduct diplomacy,” said Joel Rubin, policy and government director at the Ploughshares Fund, an organization focusing on nuclear nonproliferation. According to Rubin, if the administration adopts the policy suggested by the Senate, it will likely have to turn to a military option.

Israel had urged the United States to view achieving nuclear capabilities as a red line. In a meeting of the American-Israeli strategic dialogue teams in late 2011, a joint statement used for the first time the term “nuclear capability.” The term, however, has not yet been adopted by the administration as an official policy.

“We don’t see Iran as having pure intentions,” an Israeli official said. “If they’ll have the capability, they will be able to break out whenever they decide.”

The Non-Proliferation Treaty does not prevent member states from developing nonmilitary nuclear capabilities as long as they keep their programs transparent and adhere to the treaty’s rules. Iran has argued that it therefore has the right to continue its nuclear activity, but the United States has made it clear that since Iran has not complied with NPT requirements, it should not be automatically granted the right to peaceful nuclear activity allowed under the treaty.

A bipartisan slate of 32 co-sponsors has already signed on to the Senate resolution, and its supporters believe that the number will grow significantly in the run-up to AIPAC’s annual policy conference, which will begin on March 4. But in order to achieve Democratic support for the bill, authors were already forced to compromise, and the resolution underwent several changes in order to water down what was seen as too hawkish language. A clause stating that it is “within the power and capabilities of the United States government” to prevent Iran from achieving nuclear capabilities was deleted after Democrats argued that it resembled an authorization for use of force. At the request of some Democratic senators, a sentence was added to mention diplomatic efforts as a means of reaching the goal. Still, several key Democrats from the Foreign Relations and Armed Services committees have yet to sign on.

In an attempt to highlight diplomacy and make clear that war was not a preferred solution, Democratic Rep. Keith Ellison of Minnesota and Republican Walter Jones of North Carolina began circulating a letter in the House of Representatives, calling on the administration to do everything in its power to avoid war. “We’re not saying we should take military options off the table, we’re saying we should try to negotiate before bombs start flying,” Ellison said in a February 17 interview with the Forward. “We need to talk until we reach the conclusion that it cannot be solved, but I believe we can reach an agreement.”

The letter is backed by dovish Jewish groups Americans for Peace Now and J Street, which also worked to try and change the language of the Senate resolution introduced by senators Graham, Lieberman and Casey. “It has been a long time since we tried negotiating with Iran, and it will be foolish not to use this tool,” said Dylan Williams, director of government affairs at J Street.

But attention will turn in the coming weeks to other voices on this issue. AIPAC intends to have delegates participating in its annual conference lobby for the Senate resolution when they meet with their representatives on Capitol Hill. The conference is scheduled to take place at a time described by analysts as critical for Israel’s attempt to block Iran’s nuclear program. Israel, according to reports, is contemplating carrying out an attack possibly as early as this spring, and the United States faces a narrow window of opportunity to dissuade Israel from taking this route. Until now, AIPAC has been careful not to be seen as beating the war drums and has maintained an official position of supporting the Obama administration’s effort to first try and resolve the crisis diplomatically.