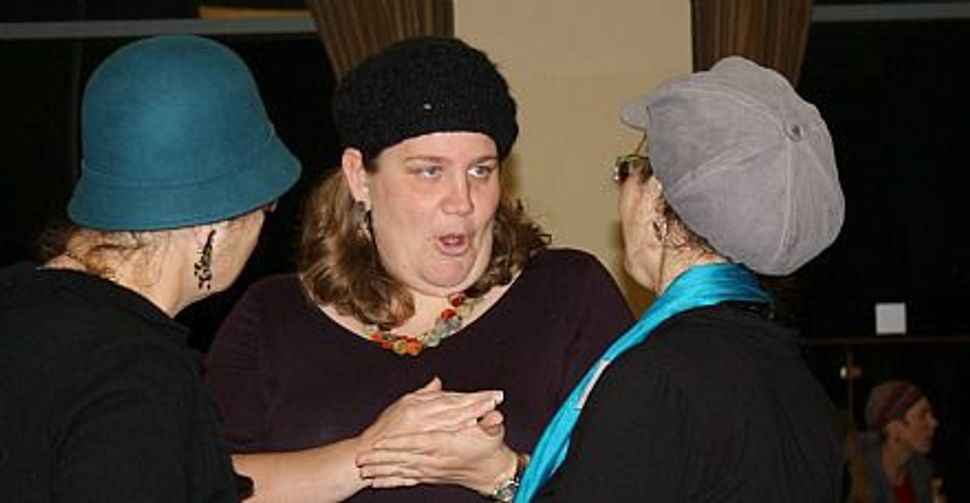 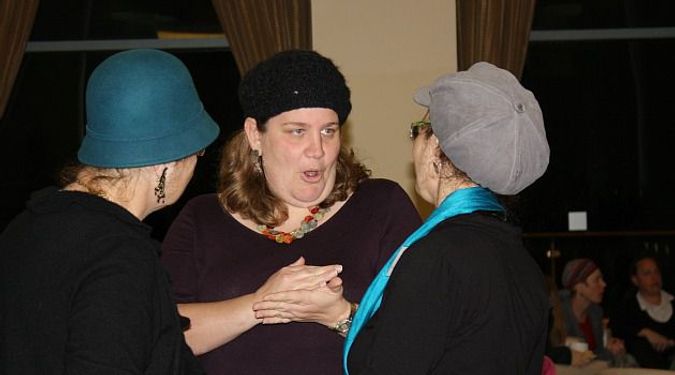 Push for Greater Role: Female rabbinic scholars and Orthodox rabbis have formed a group to push for a greater role for women in interpreting Jewish law. Image by nathan jeffay

Even as Orthodox women take on clergy-like roles, the task of interpreting Jewish law has long been the exclusive domain of men. But a new group called Beit Hillel aims to bring down that barrier.

An alliance of 120 Orthodox rabbis and 30 female religious scholars, Beit Hillel was formed to counter the increasingly hard line that rabbis in the religious Zionist community are taking against women in official religious roles. The group’s formation, in February, paves the way for Jewish legal positions formulated by women to be issued under the names of leading Modern Orthodox rabbis.

“We have to stop talking about ‘what women feel and are all about’ and start hearing from women and having women as part of the halachic discussion,” said Oshra Koren, a Beit Hillel founder and the director of the Matan organization for women’s religious education, in Israel’s Sharon region. “We need to have women deciding and defining what we want.”

The Beit Hillel alliance has provoked strong criticism from some prominent Orthodox rabbis, including Shlomo Aviner, chief rabbi of the religious Zionist settlement of Beit El, deep in the West Bank. Aviner told the Srugim religious news website that women’s involvement in public life should be “modest and behind the scenes.”

In an interview with the Forward, Aviner went further in his criticism of the new group. “Women’s status in halacha doesn’t have any problems,” he said. He dismissed Beit Hillel’s focus on women’s inclusion as a “gimmick.”

Undeterred by its critics, Beit Hillel plans to re-evaluate Jewish legal positions on the role of women in synagogue and communal leadership, and in ritual practice, though it will not limit itself to gender issues. Specifically, the group will look at whether women may read certain biblical texts in a synagogue setting and whether female scholars may address mixed audiences.

The prominence of the Orthodox hard-liners like Rabbi Elyakim Levanon — who has declared facing a firing squad preferable to listening to women sing — prompted Orthodox moderates to establish Beit Hillel. The group is named for the ancient Academy of Hillel, which promoted humility and concern for the welfare of the general public.

Beit Hillel member Ronen Neuwirth, rabbi of the Ohel Ari congregation, in Raanana, told the Forward that a feeling that Judaism is “occupied by extremist values” motivates him and his fellow founders.

The Israeli Orthodox community is composed of two main groupings: ultra-Orthodox, or Haredi, and Religious Zionist, loosely equivalent to American Modern Orthodox. But over the past 15 years, some members of the Religious Zionist community, such as Levanon, have moved closer to the ultra-Orthodox’s stance in opposition to secular culture and education and in favor of gender segregation. They are known as hardal, a combination of the words Haredi and dati-leumi, Hebrew for the term Religious Zionist.

Beit Hillel is the first rabbinical alliance that seeks to counter the power of hardalim. “The problem is that what we call hardalim have a strong influence on society in Israel and on Religious Zionist society,” said Beit Hillel founding member Amnon Bazak, a senior rabbi at the West Bank’s Har Etzion yeshiva.

He said that Beit Hillel will address the disconnect that exists between rabbis who make hard-line declarations on Jewish law and members of the religious public who feel that these religious leaders don’t match their understanding of Judaism.

Bar-Ilan University professor Isaac Hershkowitz, another Beit Hillel rabbi, said that he hopes the organization will boost the beleaguered image of Jewish law in the eyes of religious Israelis and the nonreligious public. It will showcase, he said, “halacha’s ability to deal with complex questions and without the need to see everything as black and white.”