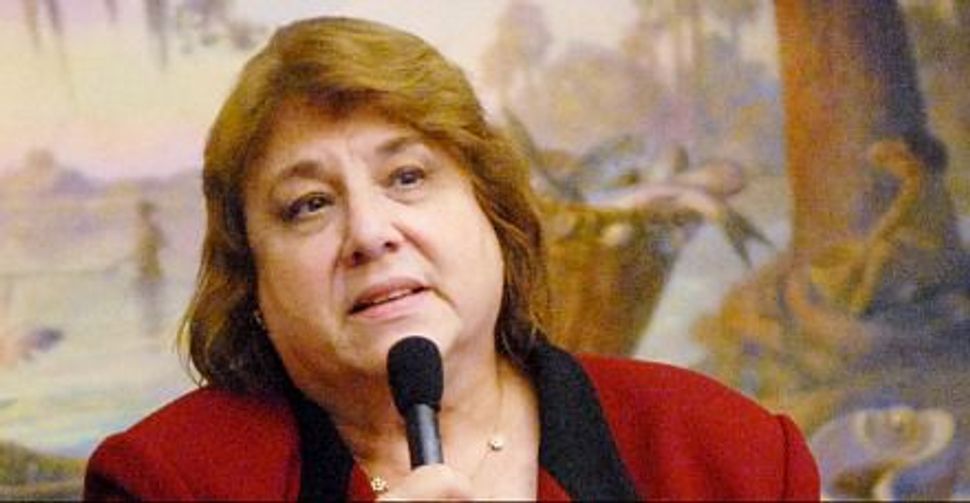 Image by state of florida 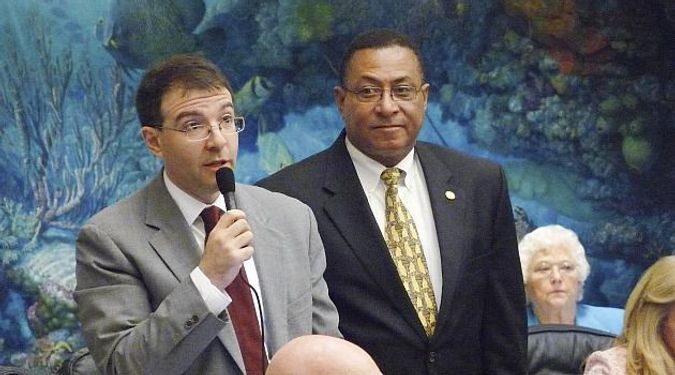 Unforeseen?: Florida Rep. Ari Porth voted for a bill that would bar application of foreign law in family or divorce courts. Experts say it could bar Jews from using a beth din to arbitrate divorces. Image by state of florida

A Florida state bill targeting a supposed threat from Islamic law may instead end up preventing Orthodox couples from using Jewish religious courts, or batei din, to arbitrate their divorces, according to legal specialists and some Jewish groups.

The Application of Foreign Law in Certain Cases bill is considered likely to pass the Senate before the end of the legislative session on March 9. Observers expect Governor Rick Scott to sign the proposal, which has already passed the Florida House of Representatives, soon afterward.

The bill is part of a wave of legislation against Sharia, or traditional Islamic law, that has swept the nation in recent years. Though many of the bills differ, they are largely styled on model legislation drafted by David Yerushalmi, an Orthodox Jew who lives in New York.

Florida legislators introduced a similar so-called “foreign law” bill last year. That failed because of concerns from business and Christian leaders that it was too broad and could interfere with commercial and church affairs.

The new, more targeted bill specifically applies only to divorce, child support and custody hearings in family court. It states that arbitration is unenforceable if a tribunal bases its ruling on a “foreign law, legal code or system” that does not grant people the same rights as the Florida state or U.S. Constitutions.

The bill’s supporters acknowledge that their proposal is aimed at Muslims. But David Barkey, an Anti-Defamation League attorney specializing in church-state issues, said that the bill will affect Jews. Because only a man can grant his wife a Jewish divorce, or get, Barkey said, a beit din —singlular for batei din — may be seen as violating state and federal equal protection principles, which bar discrimination based on gender.

“Any arbitration or ruling based on such a law is, per se, invalid,” Barkey said.

But Yerushalmi said that courts would not apply the bill to arbitration rulings by batei din because these bodies do nothing to violate constitutional principles.

More than 4,000 Orthodox families live in Florida, according to Agudath Israel of America, an ultra-Orthodox umbrella group.

Michael Helfand, a professor at Pepperdine University’s School of Law, said Orthodox couples routinely use batei din to arbitrate divorces. Once Orthodox couples getting divorced set the terms for their separation, such as child custody and the division of property and assets, they may then petition a civil court to make the beit din ruling a binding judgment.

The ADL fears that state judges will balk at such petitions due to the inherent gender inequality of Jewish religious law on divorce.

Helfand said the ADL is right to be concerned about the Florida bill. But he cautioned that the bill is so confusingly written that its impact on Orthodox couples will become clear only when courts begin to interpret the law.

Eugene Volokh, who teaches church-state relations law at the University of California, Los Angeles’s School of Law, agreed that it is unclear whether Jewish law — or even Sharia — falls under the bill’s definition of a “foreign law, legal code or system of jurisdiction outside” the U.S. Neither of those religious codes conforms to national boundaries, he observed. Instead, Volokh said, the bill could pose more of a threat to immigrant couples that find themselves in family court.

Volokh said family courts often have to examine marriages, divorces and business dealings that took place in countries with laws much different from those of America. He said that if the Florida bill is interpreted broadly, “you have huge problems, because it’s not clear how U.S. courts will be able to properly decide whether a couple was married or divorced properly overseas.”

Another unintended consequence of the bill could be that it may strike a blow for women’s rights in religious divorce.

“Imams or rabbis determine the result,” Hamilton said. “The man has preference in this system, and the woman gets railroaded through the process.”

Currently, an individual can ask a court to enforce the beit din agreement he and his ex-spouse signed if he believes his ex-spouse is failing to abide by it. But in the future, Hamilton suggested, instead of taking a beit din document to a civil court, which may feel compelled to reject it under the proposed law, Jewish couples may first need to draw up a civil contract.

“I can understand rabbis would object to a level playing field,” Hamilton said, “but civil courts don’t have to operate with women under duress or in a lesser position.”

The Florida bill does include a clause that allows couples to obtain a waiver as long as the waiver is “consistent with constitutional principles.”

But the ADL’s Barkey said he worries that such a waiver places the onus on batei din or couples to formulate the document. “If the waiver is in any way defective,” Barkey said, “then they’re out of luck.”

For this reason, the American Jewish Committee said it would ask the Florida legislature to spell out the language that it believes will satisfy the requirements of a waiver. The AJC’s general counsel, Marc Stern, said other states with similar bills had drawn up such documents.

Above all, Stern said the law was “all smoke and mirrors” because it doesn’t do anything to prevent the use of Sharia beyond what the U.S. Constitution already prohibits. The Constitution’s Establishment Clause already forbids courts from enforcing or interpreting religious laws, he said.

Meanwhile, Florida Muslims who voluntarily want to use Sharia for arbitration could sign the same waiver that Jews would sign to use a beit din.

“It will be very simple to sidestep this law,” Stern said. “It’s a trap for the unwary and nothing more. But I know it will be seen as another great victory in suppressing extremist Islam. It’s nothing of the sort.”

About 30 states have considered or are considering laws modeled on Yerushalmi’s template, known as American Laws for American Courts, according to Daniel Mach of the American Civil Liberties Union.

A federal court blocked a similar law in Oklahoma this past January because it specifically targeted Sharia and as such was deemed unconstitutional. Mach, director of the ACLU’s Program on Freedom of Religion and Belief, said that more neutral laws have passed in Louisiana, Tennessee and Arizona. South Dakota legislators passed a similar bill in February that is expected to become law in March.

If Governor Scott signs the bill, Florida will become the first state with a sizable Jewish population to adopt such a law. More than 600,000 Jews live in Florida, according to the North American Jewish Data Bank.

The Council on American-Islamic Relations has vowed to fight the bill. So too has the strictly Orthodox umbrella organization Agudath Israel of America.

Agudah’s executive vice president, Rabbi David Zwiebel, said he did not believe that the bill would have much impact on Orthodox couples.

But Zwiebel added: “The notion that secular judges are being asked to decide whether religious law does or does not conform with ‘fundamental liberties’ is an intrusion on religious freedom and could be a dangerous precedent for more far-ranging efforts in the future that might well impact our community.”

Republican State Rep. Larry Metz, the bill’s sponsor, did not return a call seeking comment on this issue. But Florida State Representative Ari Porth, a Democrat who is himself Jewish, told the Forward he supported the bill “because it directs our courts to protect our valuable and unique individual liberties that are protected by the state constitution and U.S. Constitution.”

“Marriage and families are private institutions,” Porth said. “But when they enter the public courts, it is important that individual rights and liberties are preserved.”

Rep. Elaine Schwartz, who is also a Democrat and is the only member of the House judiciary committee to oppose the bill, said she believed that the measure was “a political ploy to generate fear of Muslims.”

Said Schwartz, who is also Jewish, “I think my colleagues lost their minds.”