Jews Stream Back to Germany 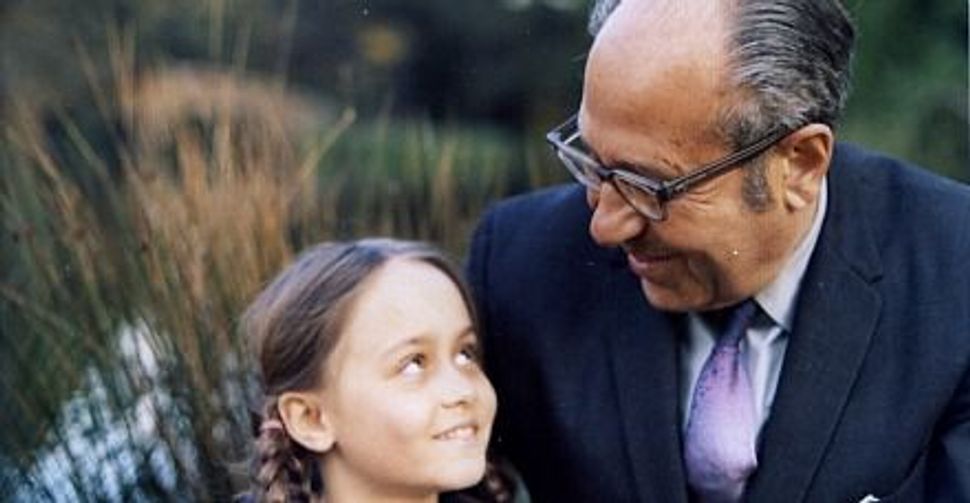 Image by courtesy of Suzanne Houchin 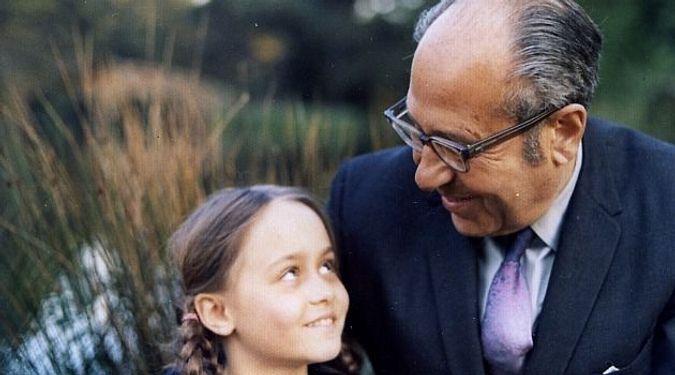 Family Bond: Suzanne Houchin, at age 8, with her grandfather. Like thousands of other Jews, she sought German citizenship. Image by courtesy of Suzanne Houchin

For decades after the Holocaust, many Jews harbored an almost instinctive aversion to things German. But today, tens of thousands of Israelis, Jews from the former Soviet Union and even many American Jews are actively choosing German citizenship.

According to a study by Dr. Sima Salzberg of Bar-Ilan University, 100,000 Israelis have applied for and received German passports.

“This is the largest group of German passport holders in the world outside Germany,” said Emmanuel Nahshon, deputy chief of mission of the Israeli Embassy in Berlin. 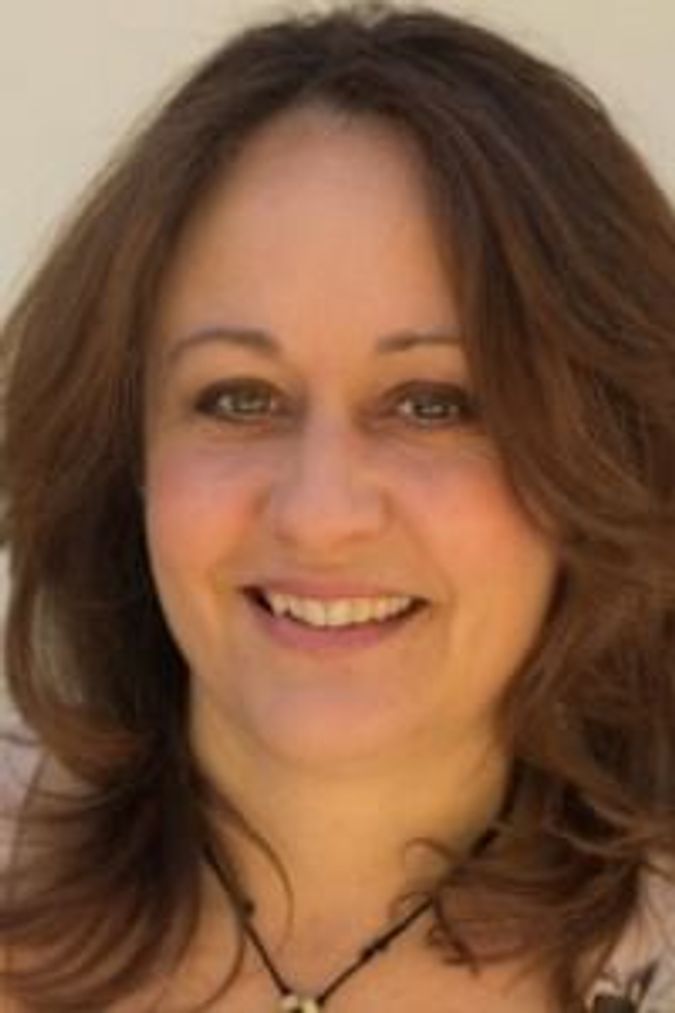 In September 1935, during the Nazi era, Jews were stripped of German citizenship by the Nuremberg racial laws. But under German law since May 1949, any Jew — or the descendants of such a Jew — who fled Nazi Germany has the right to become a naturalized German.

As a result, increasing numbers of Jews are seizing the opportunity to become Germans.

Berlin’s Jewish population jumped in 2008 to an estimated 50,000 from 6,000 in 1990, amid an overall population today of 3.4 million. The surge in Jewish population reflects, in part, a huge influx of Russian Jews. Many of them have at best a weak sense of Jewish identity thanks to the long Soviet era, during which this was suppressed. But an estimated 15,000 Israelis reside in Berlin, drawn there to work and study, and to enjoy the city’s freedom, cheap rents and exciting intellectual life. For these mostly younger Jews, the experiences of their grandparents and great-grandparents seem a distant trauma.

“I fell in love with Berlin, its freedom, its great space” said Maya Nathan, a 33-year-old Israeli student with a German passport. Asked about the implications for her, as a Jew, of living in the country that unleashed the Holocaust, Nathan replied, “Our family was never anti-German.” But she said she does know Israelis who will never come to Germany.

Nathan, who has been in Germany for two and a half years, is studying for her master’s degree in neuropsychology at the University of Magdeburg, southwest of Berlin. But she plans to remain in Germany when she gets her degree, as she has many friends in Berlin.

Nadav Gablinger, 39, a tour guide, has lived in Berlin for 11 years. An Israeli with German citizenship, he and his Israeli wife have two children in German schools.

Noting that the history of the Holocaust is everywhere in Berlin, Gablinger said that present-day Germany is a very safe place for Jews.

“Today I can say, as a Jew, Germany is the safest place in the world,” he says, “Safer than in Israel.”’

According to Gablinger, there are German politicians who say negative things about Arabs and Turks, but never Jews. “There is no chance that a member of the Bundestag will say anything bad about Jews and keep his job.”

Gablinger said that he almost always gets a positive reaction when he tells Germans he is an Israeli Jew.

Nahshon, the Israeli diplomat, speculated that many Israelis, including those that never actually move to Germany, hold second passports in case things go wrong in Israel; however, a smaller but increasing cohort of American Jews are also seizing the opportunity to become German citizens. They are eager and happy to be among these new Germans.

German government figures show that 3,663 Americans acquired German citizenship between 2003 and 2010, most of them Jews, according to the German Consulate in New York. And the trend has been accelerating: In 2003 there were 232 Americans who became Germans; in 2010 there were 771.

German citizenship allows these American Jews to live and work anywhere within the European Union. At a time of accelerating higher education costs and huge student loans at home, they also gain access to a free university education. Many university courses are taught in English.

“Berlin is becoming one of the most exciting capital cities in Europe, and it exerts a pull,” Berger said. “Many of the new Jewish citizens say they have some history in Germany, and they want to discover it.”

Suzanne Houchin, a 50-year-old Los Angeles photographer, has other reasons. She received her German passport two years ago, along with 10 other family members, in tribute to the memory of her late grandparents.

Houchin, who remains in L.A., related that her grandparents, Bruno and Hedwig Gumpert, fled Berlin in 1939. They owned a department store on Potsdamer Platz, a major square in the city center.

“They were our bedrock, and they meant the world to us,” said Houchin in a telephone interview. “My grandparents would talk about their wonderful childhood in Berlin and how much they loved Germany…. It felt like this was a way of honoring them, getting back something that was stolen from them.”

Becoming tearful, Houchin declaimed: “Mein Opa [my grandfather], we made it back to the land that you loved so much. This makes my heart happy.”

Houchin was also attracted by the prospect of free higher education for her children. “It’s an investment without a risk,” she said.

Ruth Westheimer, the 83-year-old internationally renowned sex therapist, is also proud of her German citizenship, acquired in September 2007. She even served as the marshal at a recent German-American Steuben Parade on Fifth Avenue in New York City.

Westheimer, known for promoting frank talk about sex on American radio and television, was born in Frankfurt. When she was 10, her parents put her on one of the last trains to a children’s sanctuary in Switzerland. After the war, she learned that her family had been killed.

She has four grandchildren. “Hitler did not want me to have children, or grandchildren,” she said in a telephone interview. “Now that I have a German passport, my grandchildren can study anywhere in Europe.”

Westheimer said she bears no hostility toward Germans and often goes to Germany to lecture. Recently she went to Heidelberg University to give a talk.

But not everyone who takes German citizenship under this program feels as sanguine. Edward Levy, 30, a naturalized German from Chicago, is wary of today’s older generation. “Sometimes I wonder what the older generation really thinks,” he said. “If they knew I was Jewish and my grandparents were Jewish.”

Some of the new Germans from America have demonstrated entrepreneurial skills.

Seattle-born Jordan Selig, 25, relishes her new life in the gritty Kreutzberg district of Berlin. A Columbia University graduate, she buys apartments and then renovates them as rentals. Her grandparents fled the Nazis by taking the trans-Siberian railroad to China and then boarding the last passenger ship for the United States, just before the war broke out.

“It’s so much more comfortable and international to live here than in most big cities,” she observed.

Nirit Bialer, a 33-year-old Israeli and granddaughter of Holocaust survivors, runs Projekt Habait, a German-Israeli social program to inform Germans about Israeli culture. “Many of the Israelis here are engaged in the art scene, and some are known here,” she said. “However, there is a big hunger among Germans to learn about us.”

“Berlin is the place to be for young people,” Bialer said. “There’s a lot of space here, and there is freedom and acceptance of artistic innovation. Individuality is strong here. In Israel, the collective is much more strong.”

Meanwhile, back in America, even today, the Holocaust remains an open wound for many Jews. But Berger believes that this pain will diminish. “I think it’s getting easier for third- and fourth-generation Americans with German roots to look at Germany in a more open-minded way as the distance from the Holocaust grows,” she said.

Jews Stream Back to Germany