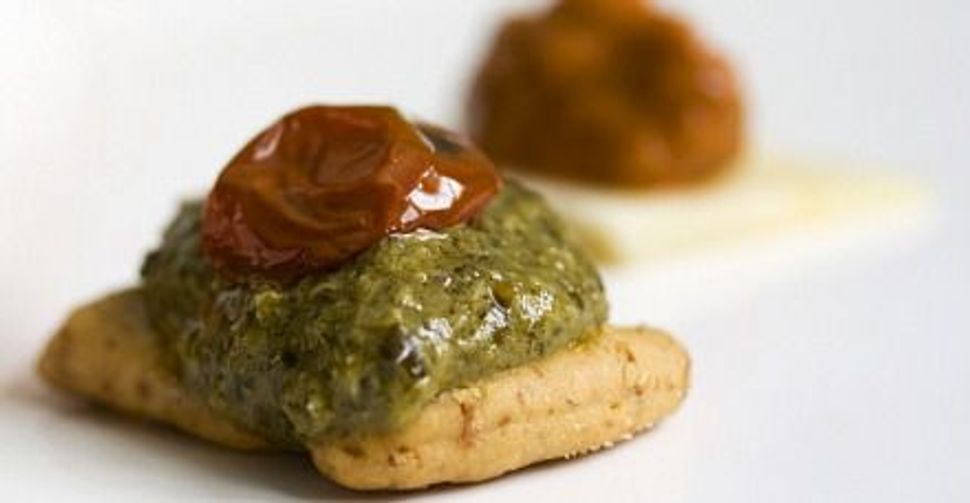 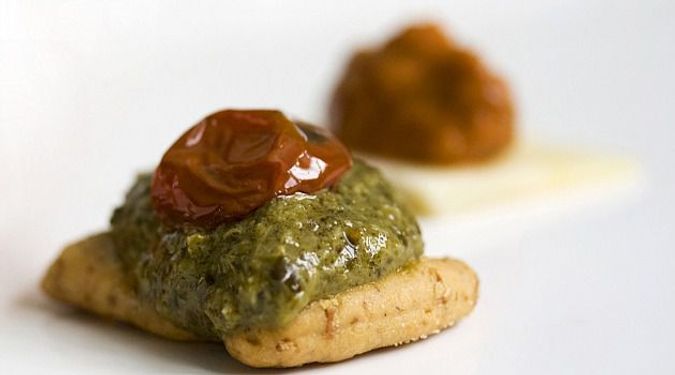 Olive Options: Food writer Leah Koenig worried about missing her favorite olive spread, and the good work its Israeli manufacturer does, if her Brooklyn food coop had voted to boycott Israeli products. Image by leah koenig

In March, the Park Slope Food Coop in Brooklyn made history, or at least the national media, when its members voted down a proposal to ban Israeli-made products in political protest of the Israeli government’s treatment of Palestinians. Park Slope’s is not the first food cooperative to discuss such a boycott, nor the first to vote it down. But because it is among the oldest and largest member-run co-ops in the country (founded in 1973, the membership now tops 16,000 people), news outlets from The New York Times to The Associated Press covered the story.

As a longtime co-op member — joining was among the first things I did after moving to Brooklyn in 2004 — I also followed the debate closely. And early on I resolved not to write about it, preferring to keep a bit of distance between the personal and professional aspects of my relationship with food. And yet one small piece of the story stuck out enough that I think it’s worth breaking my resolution: a jar of olive tapenade.

The co-op presently sells about half a dozen Israeli products, among them Meditalia-brand green and black olive tapenades. I had purchased Meditalia’s tapenade before, enjoying the garlicky olive spread with eggs on toast. 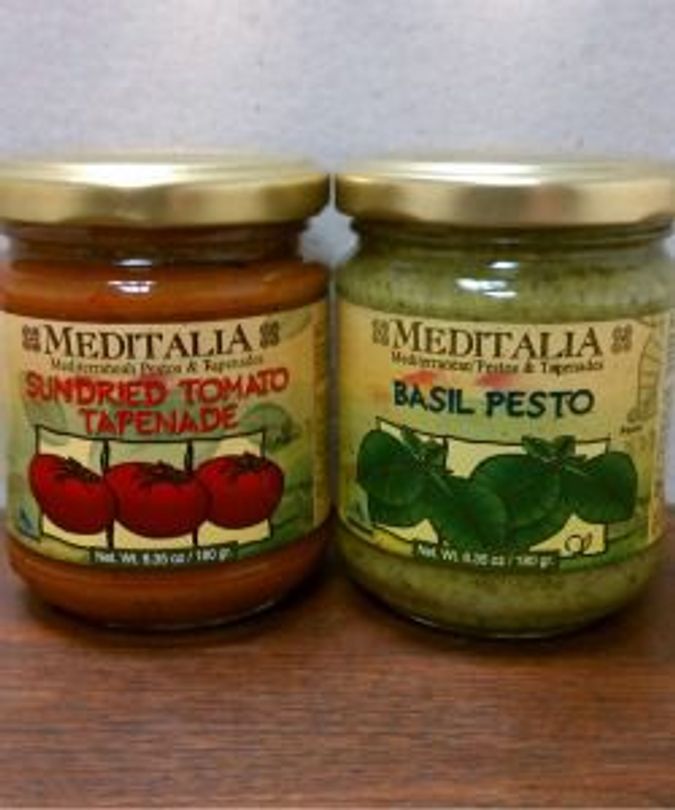 And I had noticed the following message printed on the side of the package: “Meditalia is made possible through business partnership among Israelis and Arabs. Shared wallets lead to shared visions of the future.” I have always been a fan of thoughtful, message-driven products and of foods that share a story on their wrappers. But now, with the food co-op vote freshly in mind, I wanted to know more. Who was behind the company? And how, in a region so defined by strife and conflict, did they manage to foster such cooperative food production?

It turns out, Meditalia’s seven products (in addition to tapenades, the company produces basil pesto, eggplant, red pepper and sun-dried tomato spreads) are made by the aptly titled PeaceWorks Foods. Founded in 1994 by a then 26-year-old named Daniel Lubetzky, the company’s mission is guided by both peace and profit.

Lubetzky, who is the son of a Holocaust survivor, was raised in Mexico and the United States and spent time in Israel during a study abroad program. As a budding entrepreneur invested in promoting peace in the region, he believed that a shared business venture between Israelis and Palestinians could lead toward economic interdependence and foster cross-cultural relationships.

To that end, Meditalia spreads are produced in an Israeli factory south of Tel Aviv, using olives, basil and other fresh ingredients grown by Palestinian farmers in both Israel and the West Bank. The company also sources sun-dried tomatoes and glass jars from Turkey. These partnerships are possible, in part, because Yoel Benesh, an Israeli who owns the factory where Meditalia’s products are made, has strong ties with Hani Jashan, a Palestinian olive grower working in Israel. Their relationship stretches back a generation, to when their fathers traded with each other.

There are, of course, serious challenges inherent to this type of culture and country-crossing venture — particularly when conflict flare-ups decrease mobility across borders. For example, PeaceWorks once sourced jars from an Egyptian company, but logistical challenges forced it to find other suppliers. Meanwhile, according to a 2010 feature about PeaceWorks on the Public Broadcasting Service, the growers and factory workers involved with producing Meditalia often feel pressure to keep their joint efforts quiet, lest they attract negative attention from unsympathetic markets.

And yet despite the hurdles, hundreds of thousands of jars of Meditalia pesto and tapenade are sold each year. “The relationships we have forged over the last two decades have withstood the vicissitudes of the conflict,” said PeaceWorks’ president, Joshua Scherz. In addition to the direct cooperation fostered through its products, Meditalia donates 5% of its profits to support OneVoice — a grassroots organization that, co-founded by Lubetzky, empowers a growing network of young Israeli and Palestinian peace activists working to promote a two-state solution.

PeaceWorks’ tapenades and pesto sauces are a symbol of the immensely complicated situation in the Middle East and a reminder that the moderate voices on both sides of the debate tend to get drowned out by more extreme views. But they also show how cooperation, and working together across differences, can bring meaningful change. The blanket boycott on Israeli goods proposed at the Park Slope Food Coop did not take into account gray-area products like Meditalia. And that is unfortunate. Perhaps moving forward, co-op members — and consumers everywhere — should focus on rewarding those companies that choose to defy the status quo, putting peace (and really good tapenade) over profit and politics.