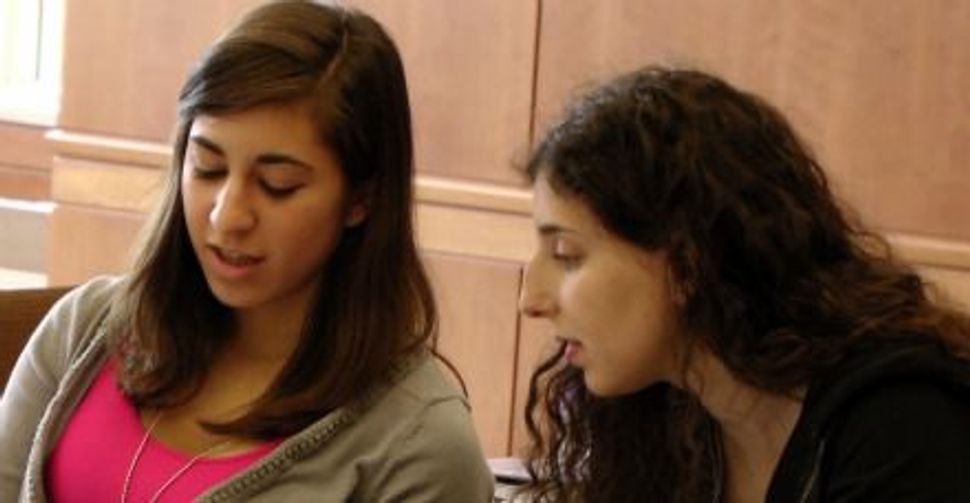 Image by courtesy of david project 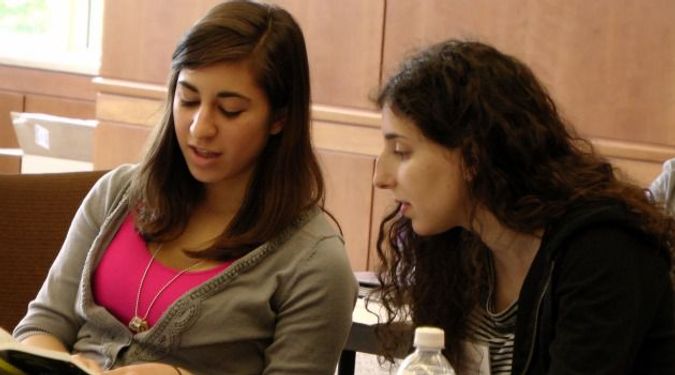 Proposed Protection: Jewish groups want to formally expand the Civil Rights Act so it would prohibit discrimination against students on the basis of religion. Image by courtesy of david project

American Jewry’s umbrella organization for domestic issues has called on Congress to expand a key provision of the landmark 1964 Civil Rights Act to protect students from discrimination on the basis of religion. But the nascent effort has already raised the hackles of some Jewish officials who worry that this could open a can of worms over the separation of religion and state.

The Jewish Council for Public Affairs voted May 6 to call for Title VI of the Civil Rights Act, which bars discrimination in programs receiving federal assistance, to be expanded to include religion. It now bars discrimination on only the bases of race, ethnicity and national origin.

The Department of Education’s Office for Civil Rights already interpreted the law to cover religious groups that have “shared ethnic characteristics,” like Jews, Sikhs and Muslims. Now, Jewish groups, which pushed for the new interpretation, are asking to make this change permanent by revising the law.

“What an agency giveth, an agency can taketh away,” said Gerald Greiman, co-chair of the JCPA’s Task Force on Jewish Security and the Bill of Rights, which helped draft the resolution. “Having [religion] added to the statute would give those protections more permanence than a mere agency interpretation.”

Legal experts at Jewish organizations say they support the broad concept of the expansion. But they warned that adding religion as a protected category under Title VI could lead to a host of unforeseen issues.

The American Jewish Committee’s general counsel, Marc Stern, said that the JCPA resolution, which the AJC supported, could have a serious impact on Jewish organizations that want to primarily hire or serve Jews.

He offered the example of a Jewish nursing home that accepts Medicaid. If religious discrimination is prohibited under Title VI, that nursing home might be barred from giving preferential treatment to Jews in hiring employees and admitting clients.

“A whole series of questions will arise,” said Stern, who said that the effort could plunge Congress into a divisive fight over the separation of religion and state.

Deborah Lauter, civil rights director at the Anti-Defamation League, also warned against “unintended consequences” of Title VI’s extension to religion, even though the ADL supported the measure.

She predicted that some campus religious groups might claim that their beliefs prevent them from giving equal treatment to certain groups, such as homosexuals or members of other religions. They might use the rule to claim protection from efforts by college officials in order to force them to change those policies.

“We have to explore if there are any downsides,” Lauter said.

In order to get around thorny questions that deal with the separation of church and state, Jewish groups have looked at tweaking the language of the statute in a way that would include religion, but on a limited basis.

Though the JCPA has not yet drafted a legislative proposal to extend Title VI, its own policy resolution hints at the way this could be done, by asking Congress to bar “religious harassment and intimidation.” Notably, the resolution says nothing about discrimination in hiring or in admissions.

“Title VI is not a be-all, end-all remedy for every and any kind of discrimination or wrong that occurs on a college campus,” Greiman said. The Jewish community’s focus is on “harassment and intimidation that rises to the level of being so pervasive and objectively offensive that it denies the student the benefit of the education.”

Kenneth Marcus, the former head of OCR, applauded the JCPA language about “harassment and intimidation,” saying it was useful in making a Title VI extension to religion more palatable in Congress. “This language would be extraordinarily helpful,” he said. “It is a very streamlined form of religious discrimination protection.”

The JCPA resolution isn’t the first attempt to amend Title VI to include religion. In 2010, Rep. Brad Sherman, a California Democrat, and former Sen. Arlen Specter, a Republican-turned-Democrat from Pennsylvania, introduced twin bills that would have achieved the same goal. Though the bills failed, they are widely considered the catalyst behind the DOE’s decision in 2010 to extend Title VI to religious groups that have “shared ethnic characteristics.”

In the past year and a half, the Jewish community has utilized Title VI mainly in the context of the Israel debate on campus, filing complaints alleging that anti-Israel activity tilted into anti-Semitic behavior. This cause has been championed by the Zionist Organization of America, which has outstanding cases at Rutgers University and the University of California, Irvine. The ZOA has lambasted the JCPA’s approach to Title VI, which urges caution in filing complaints lest the Jewish world be seen as quashing free speech on campus.

But Susan Tuchman, the ZOA’s legal director, said that she supports the JCPA’s desire to extend Title VI permanently to include religion. “Enshrining it into law would not make that legal protection subject to how [OCR] decides to interpret Title VI,” she said.

Non-Jewish groups, on the other hand, are split on amending Title VI to include religion. Raj Deep, director of law and policy at the Sikh Coalition, said that Sikh students typically face discrimination not in college, but in primary and secondary schools, where they are teased for wearing turbans. He said that religion should be included under Title VI, just like it is under Title VII, which bars discrimination in employment.

“Our position is that there should be parity and symmetry to civil rights law,” he said. “It will empower our various communities to vindicate our rights in ways that aren’t possible right now.”

Gadeir Abbas of the Council on American-Islamic Relations said that Title VI’s extension to include religion is unnecessary, because students are typically protected by state statutes that bar religious discrimination.

“Our position is that there are already in place protections for religious groups on campus,” he said.