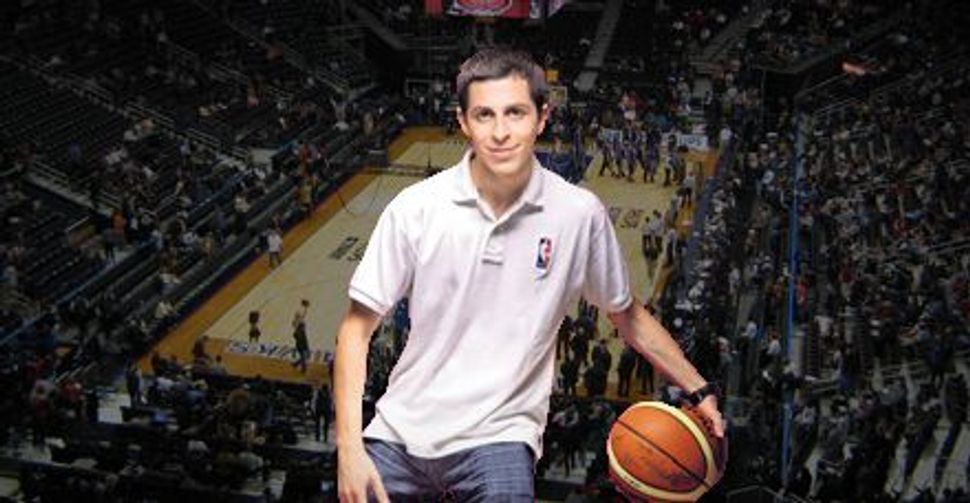 At the Shalit household, once again there is no Gilad. His father, Noam, is in the front garden — but not forlornly waiting, as in many press photographs taken on this spot. Instead, he is kvelling.

When the Forward visited in mid-June, Gilad Shalit, the former Israeli soldier held prisoner in Gaza for five years by Hamas, was away at the just-completed NBA finals in Miami for his new job, writing color commentary on basketball games for Israel’s best-selling daily newspaper, Yediot Aharonot. In his debut article on June 15, he told readers of his love for the sport and how it gave him strength through his captivity, with televised games sometimes even providing a “common denominator” between him and his captors. 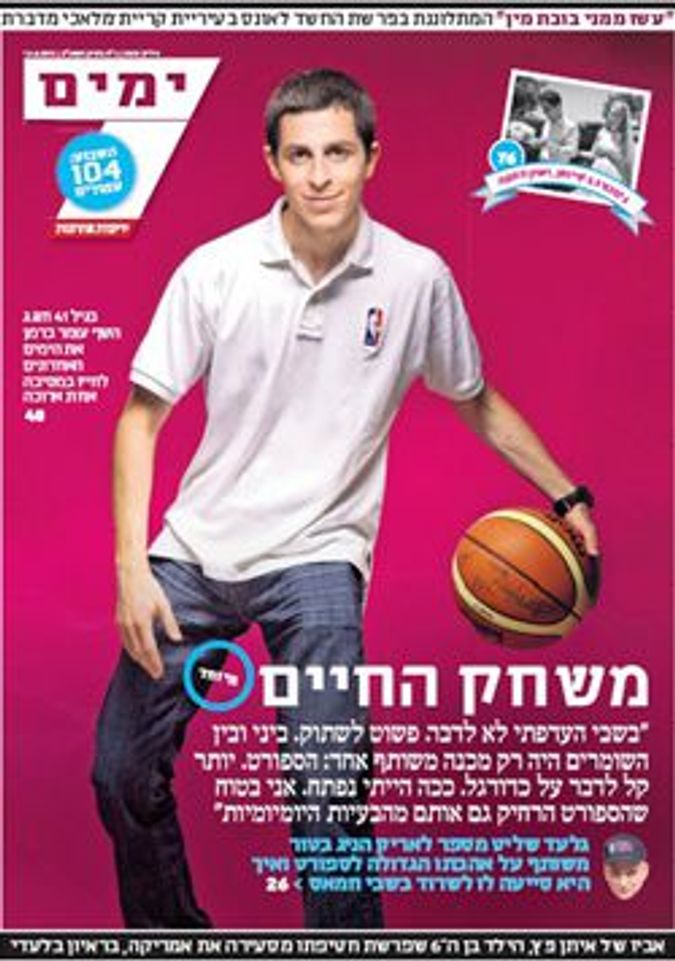 Everybody in Israel recognizes this picturesque Galilee home from the scenes of a distraught Noam Shalit after his son was kidnapped by Hamas back in 2006. They also know it from the emotional scene that took place at 2:56 p.m. on October 18 of this past year, when the helicopter carrying him, just released from Gaza, touched down and he returned.

Back then, the nation wondered, and worried, about Gilad Shalit’s emotional and psychological state after going so long with no human contact except that of his captors’ representatives, with hardly any sunlight and with poor nourishment and medical care.

But his father reports that the family has been taken aback by his progress. “On an emotional level he was quite surprising,” he said. “After some weeks or months, it was like nothing happened to him.

“Now he’s fully recovered, and emotionally. I think you can never know what will be in the future, [but] as far as we can see, now he’s okay and willing very much to go back to normal life, to go out to travel, to spend time with his friends, to attend sports games.”

In fact, Noam Shalit admitted that before he was taken, his son lacked confidence: “He was not a social master.” But he also said that he returned stronger and is now “much more sociable.”

With iPhone and iPad in hand, Gilad Shalit is doing well catching up on developments in the world that he didn’t glean from the radio access he was permitted in the past three years of his captivity, his father reported.

His son hopes to study at university, though he has not set a timetable or chosen a subject. As for whether he will return to the army for reserve duty — as most discharged soldiers do — that remains an open question.

But while Gilad Shalit may be returning to a “normal life,” his father, who led the campaign to enable him to do so, cannot. He tried to keep his job in the marketing department at the Iscar metal working tools company during that time, “but it wasn’t the same. Sooner or later I realized it was not possible. I worked for almost two years, but I couldn’t go on with our campaign and at the same time go to my office.” By the time his son came home, Noam Shalit was no longer motivated to return.

He had to face the “conflict” between wanting to get back to his old life and accepting that his five years of waging a relentless campaign for his son’s return had irrevocably changed him. He chose the latter, and decided to enter politics. Noam Shalit will stand for the Knesset on a Labor ticket in the next elections, due in the fall of 2013.

Aviva Shalit, his wife, feels “very bad” about his choice, he admitted: “She doesn’t like the idea that I will be on the front lines in the media and so on. She wants to go back to the way that we lived before.” Reflecting the tension in the household, Noam Shalit conducted the interview in the front garden rather than inside the house, where family members would be nearby.

Discussing his decision not to go back to work involved a rare admission of how complex his life has become. This is a man who, on most subjects, has boiled down his opinions to curt and very definite statements. He will feel no conflict campaigning politically against Prime Minister Benjamin Netanyahu, the man who made the prisoner exchange deal and freed more than 1,000 Palestinian security prisoners to bring his son back home. Netanyahu “was committed to do this, [and] he didn’t do us a favor,” because the government has an obligation to rescue its soldiers, he said.

Shalit also said that even though his campaign is widely credited with pushing Netanyahu to make the exchange, which by Shalit’s own assessment went against Netanyahu’s beliefs, “against his politics and almost against his DNA,” Shalit believes that he shares no responsibility for its ramifications. When asked what he will feel if a prisoner released in the deal commits a terrorist attack in the future and accusations are leveled against him, he responded: “Accusations against me? It’s not my decision to release Palestinian prisoners.”

Shalit is confident that he could compartmentalize his negative feelings toward Hamas if ever the time came that the movement was prepared to negotiate And if he enters politics, he will be prepared to take part in talks. “If there would be any chance to talk to them and promote peace and promote the two-state solution, I will be glad to talk to anybody,” he said. On the subject of the Palestinians, Shalit said he believes that “maybe if I were a Palestinian, I would fight the Israeli armed forces.”

Shalit’s expression hardly changed during the course of his interview, and he hardly moved his face or body, sitting straight in his chair. Talking to him, one gets the sense that his dispassionate way of applying logic was the secret to the campaign for his son’s freedom. He hardly needed to display emotion; by getting the nation to think of his son as everybody’s son, he made use of his fellow citizens’ emotions to mobilize them. And he focused his energies on making the same demands over and over again, for the most part without losing his cool.

Asked about his lack of anger when he discusses his son’s captivity, he said matter-of-factly: “I never believed that anger will do me good or will improve our chances to get Gilad back. On the contrary, it will divert me from the focus and will reduce my capabilities.”