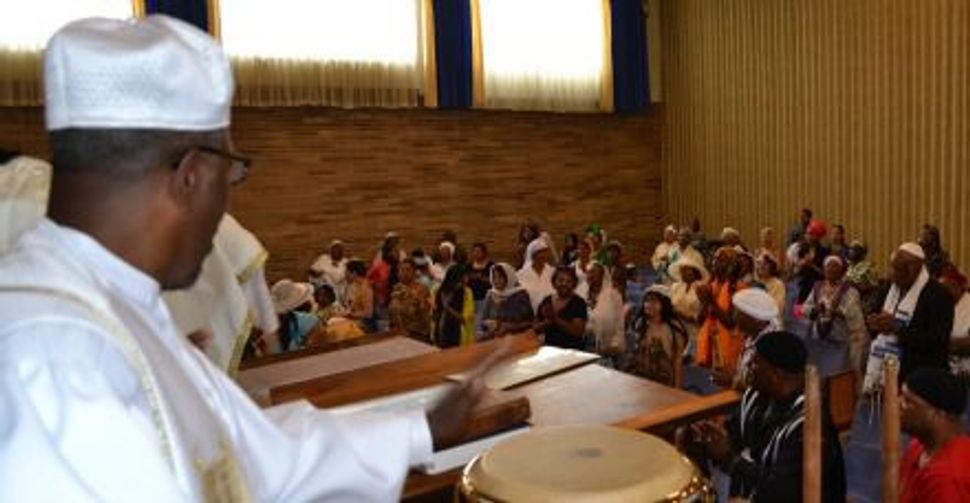 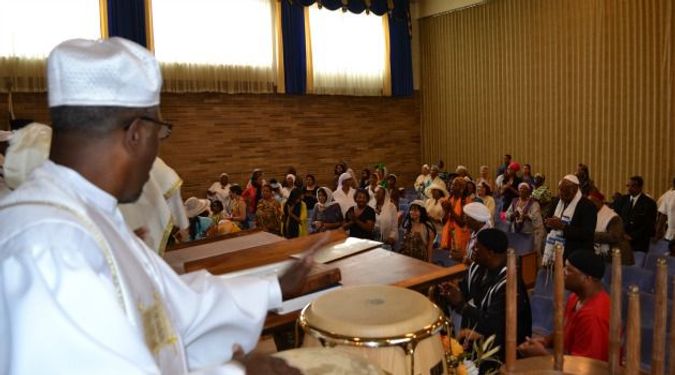 Sabbath morning services at the synagogues of black congregations are unique because of their African-American cultural elements. But they are by no means uniform. ?We distinctly avoid trying to standardize our services,? Rabbi Yeshurun ben Levy of Beth Shalom Ethiopian Hebrew Congregation of Brooklyn said. ?Every community can follow its own preferences.?

The synagogues themselves are attractive structures. Temple Bethel was built and funded by its own congregation during the early 1970s. The others were originally occupied by white congregations that moved to more affluent suburbs decades ago

Common to all the synagogues are dramatic and inspirational sermons emphasizing values, behavior and matters of faith, accompanied by hallelujahs and responses, like ?Teach us, rabbi? and ?That?s right,? from worshippers. Participation, not quiet, is expected. In the middle of Rabbi Baruch Yehuda?s guest sermon at Beth Shalom in Chicago in June, he paused to look out at the congregation, saying, ?Don?t get quiet on me now,? prompting laughs and a wave of vocal encouragement.

Dress is as colorful as the preaching, especially among the women, who wear bright, African-style dresses, sometimes with large earrings and a turban-like headdress. Like men, women must cover their heads. Their white lace hairpieces are provided alongside the yarmulkes and tallitot for men. Many men and women are adorned with Jewish jewelry including the Magen David and chai symbols.

During the vibrant worshipping, prayer easily segues into song, and song into musical celebration with instruments, tambourines and handclapping. At Bethel Temple, many teenagers walked up to the bandstand with violins and saxophones to join in. The choir in Chicago and Philadelphia, with a lead singer whose style evokes gospel ? stripped of Christian references ? can rock the room. As in African society, music is for participation, not passive appreciation. ?We?re Marching Towards Zion,? sung as the Torah is carried around the sanctuary, rouses everyone to get on his or her feet and sing along. On Friday night at Beth Shalom in Chicago, two men, heads covered by tallitot, stand on the bimah and blow shofars, like a horn section accompanying the choir.

Despite the festive mood, decorum is exemplary. Even young children seem surprisingly capable of sitting through a three-hour service. And when they approach the bimah to watch as the Torahs are returned to the Ark, any lack of attention is firmly addressed. ?Shmoozing? among adults, common at the back of many white synagogues, is virtually nonexistent.

At the lunch following the service, Hebrew is commonly heard in routine social interactions from shalom to todah (thanks) and slichah (pardon me). The synagogue, as in Israel, is called the bet knesset. From the pulpit, there is notable jargon: ?Israel,? even in an English reading, is pronounced dramatically in the Hebrew as ?Yis-ra-el,? and instead of ha-Shem, or God, the Divine is often ?the Most High.?

Because there are no black Jewish neighborhoods, people come from afar and cannot easily return to the synagogue during the week. They make the most out of being there and stay all day, starting at 9 or 10 a.m. After lunch, which can start at 2 or 3 p.m., there is a class or guest speaker, followed by mincha, or afternoon prayer, and then havdalah, the service concluding the Sabbath, after sundown. From the congregants? conversations, it seems clear that they know each other?s families and that they feel part of a cohesive community. If you are visiting and stay for the long day, you will leave feeling you have observed the Sabbath.