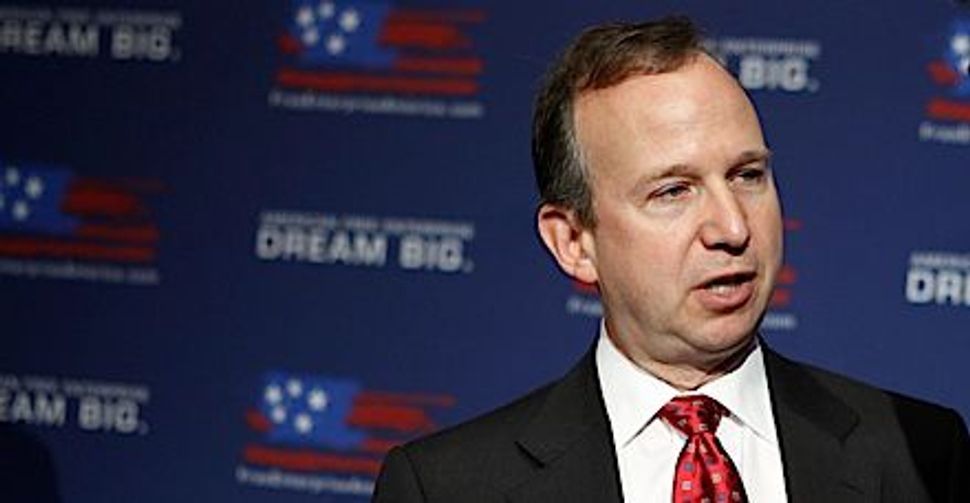 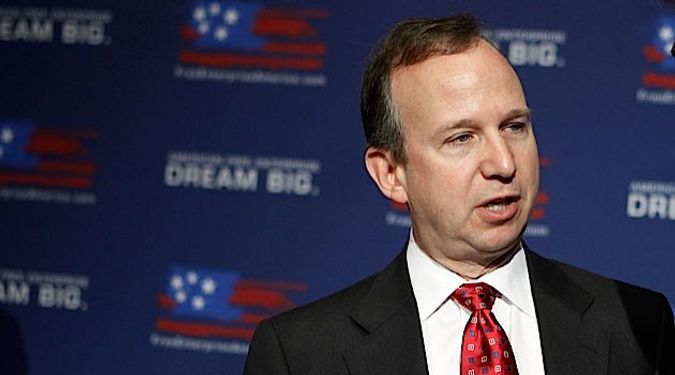 Jews compose less than 2% of the population of Delaware, which at 900,000 has one of the smallest state populations in the nation. But still, a mezuza adorns the governor’s mansion in Dover. It was placed there three years ago, with the participation of the state’s nine congregational rabbis, shortly after Jack Markell, the First State’s Jewish governor, moved in.

The fact that Markell is Jewish — as is Matthew Denn, Delaware’s lieutenant governor — would remain an item of curiosity but for the presidential electioneering that will reach its peak after Labor Day. Jewish elected officials are in high demand, and Markell, the only sitting Jewish governor in the United States, has been recruited by the Obama campaign’s Jewish outreach effort. It is a new role for a governor who, though prominent in local politics, has yet to become a player on the national scene. But Markell is now part of a select group of elected officials tasked with bringing the Obama message to Jewish voters in swing states.

That’s a challenge the GOP is doing its best to make daunting, in particular with harsh attacks on Obama’s record on Israel. But Markell seems unfazed. “If you dig in and look at what the president has done domestically and what he has done concerning Israel, you have a very strong story to tell,” he told the Forward in an August 15 interview.

Two days later, the governor took that message to a crucial audience when he joined Ira Forman, the campaign’s Jewish outreach director; Democratic National Committee Chair Debbie Wasserman Schultz, and the party’s deputy national political director, Steve Walker, for a conference call with some 30 Jewish elected officials. It was one of several calls and meetings designed to prepare a battalion of Obama surrogates for a major outreach effort after the Democratic convention in early September.

Those slated to serve as Obama’s faces to the Jewish community, which include elected officials on the national level as well as state legislators, were provided with detailed talking points on the president’s commitment to Israel, including responses to claims that he is hostile towards the Jewish state. The tutorial also emphasized health care issues, which are shaping up as the campaign’s main selling point to Jewish seniors.

Markell insists that his new role as an Obama national surrogate does not mean he harbors national ambitions of his own, though the role has brought him national attention. But others are not so sure. Markell’s Republican rival, Jeff Cragg, took issue with the governor’s out-of-state aspirations. “Now more than ever,” Cragg told delawareonline.com, “Governor Markell should be focusing on the chores the voters sent him to Dover to complete and not traveling around the country furthering his personal political goals.”

The Obama surrogates team draws heavily on the pool of Jewish elected officials, where Democrats, with more than 30 members of Congress as well as several former lawmakers who are still active on the campaign, have an advantage. The surrogates, all known for both their political and Jewish credentials, are seen as the campaign’s most effective vehicle for carrying Obama’s message to Jewish voters.

The group will focus quite intentionally on domestic issues. But Democratic surrogates are also preparing to face questions on Israel. A key part of their tool box will be a set of quotes from Israel’s president, Shimon Peres, and its defense minister, Ehud Barak, praising Obama’s support for Israel. “For me, this is a lot stronger than anything I can say,” Markell said.

Recent friction between the Obama administration and Israel’s government over the best course of action for dealing with Iran’s nuclear program is another issue for which Democrats are preparing. “There has been some strain,” Markell admitted, “but what adults do is work through these things. At the end of the day, our shared values and high-level communications [with Israel] are the key.”

Markell grew up in Newark, Del., the only Jewish student in his middle school. His family attended a Reconstructionist synagogue, and as a child Markell visited Israel frequently. His first trip there was in 1967, when he was on the first plane to arrive in Israel after the Six Day War. Before entering politics, Markell served on the board of the Jewish Federation of Delaware and on the National Young Leadership Cabinet.

“He is very involved in the community,” said Yair Robinson, senior rabbi at the Reform Congregation Beth Emeth, in Wilmington. In fact, Markell is so involved that he is a member of two synagogues: Robinson’s and Beth Shalom, a Conservative congregation. Robinson believes that Markell’s liberal Jewish values come across in his political choices. As governor he moved to approve same-sex civil unions; he is now working to legalize gay marriage. He also used his pardon power to stop some executions of death row inmates in the state.

Markell credits his Jewish upbringing and the Jewish value of tikkun olam, repairing the world, for his decision to enter politics — a plunge he took after years in the business world, where he held top positions in several communications and business corporations, including Nextel, as vice president of corporate development. Markell successfully ran in 1998 for state treasurer and was elected governor in 2008. He was sworn in the night before President Obama and Vice President-Elect Joe Biden — a fellow Delawarean — took their oaths of office in Washington. Markell has devoted his first term in office to battling the state’s huge deficit while kicking off a major school improvement initiative.

As Markell tells it, one underlying influence on his move into politics was his late grandmother. In 1990, Markell, then at Nextel, visited her at her home in the Boro Park section of Brooklyn. He told her about the new technologies then being developed: cellular phones and fax machines that could transmit documents. “So what if you can send a picture through the air when people are dying on the street?” she responded.

“She was always very good in grounding me,” Markell said. But it took awhile for her influence to percolate. Eight years later, Markell left the corporate world and entered local politics.

“The sense is that he wants a higher profile,” said G. Terry Madonna, professor of public affairs at Franklin & Marshall College, in Lancaster, Pa. But there are not many options for a governor of a small state, Madonna noted, especially since the state’s Senate seat is being eyed by Beau Biden, son of the vice president.[

“Markell is a cultural liberal, has a reasonably prudent policy as governor and is a smart guy,” Madonna said. “The only question is, where does he go?”