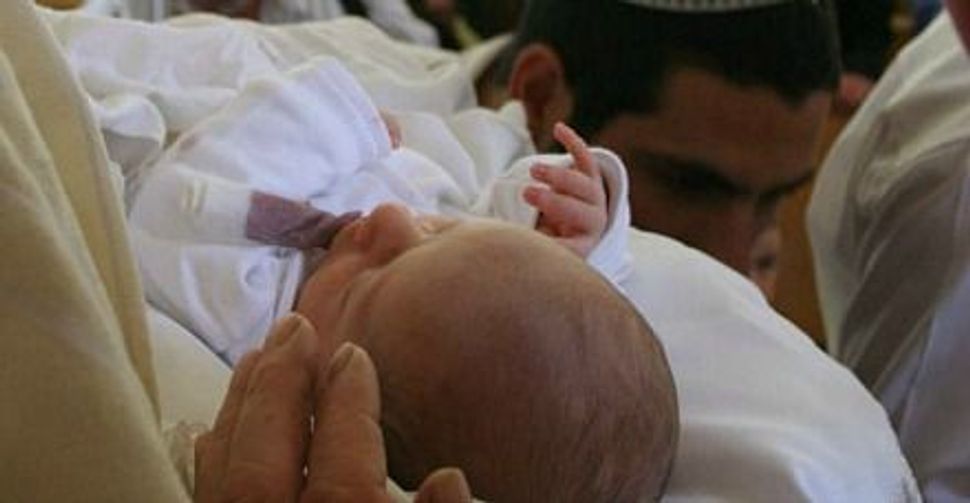 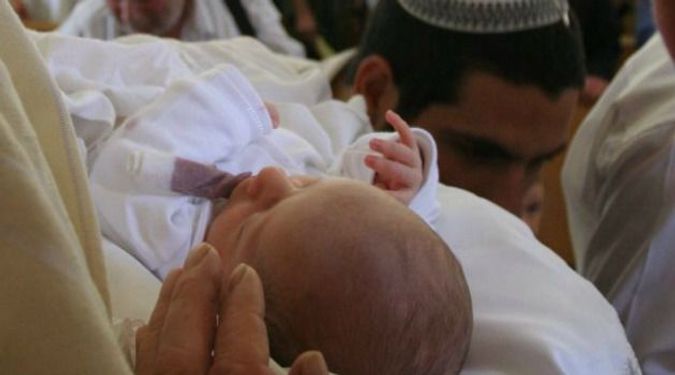 A Forward analysis of government data shows that 87% of the baby boys born in West Virginia were circumcised in 2009. Two thousand miles west, in Nevada, the procedure was performed on only 12% of baby boys.

It’s a strange disparity in a country where most parents still circumcise their sons. It also stands in stark contrast to Europe, where circumcision is increasingly described as a barbaric act that should be banned.

In the United States, far from debating whether circumcision should be allowed, a spate of new studies and recommendations is actually pointing to the health benefits — and even cost-effectiveness — of circumcision, and warning against falling American circumcision rates.

Most Jews and Muslims are circumcised. But for other boys, race, household income, insurance coverage and ZIP code are good predictors of whether the procedure will be performed.

Just as influential may be the state in which a baby is born.

State health officials seem unable to explain why their circumcision rates are so different.

A spokesman for the Rhode Island Department of Health said the agency does not track circumcision rates and therefore he could not comment. Representatives at Iowa Hospital Association were surprised to learn that their state has an 82% circumcision rate, among the highest in the country.

Pete Wertheim, a spokesman for Arizona Hospital and Healthcare Association, said his state has long had a low circumcision rate. But Wertheim said a “driving factor” in pushing the figure down further could be that the state discontinued Medicaid coverage for circumcision in July 2002.

Circumcision rates are 24% higher in states where Medicaid covers the procedure, according to a brief produced by the Health & Human Services Department’s Healthcare Cost & Utilization Project.

In Arizona in 2001, a year before the Medicaid provision was cut, 41% of boys born in the state were circumcised in a hospital. Two years later, that number had fallen to 26%.

Wertheim said Arizona cut Medicaid coverage for circumcision at a time when the state was trying to trim $1 billion from its budget. Cutting circumcision saved about $400,000 per year, he said.

If cost had been a deciding factor for Arizona, there is new evidence that circumcision might actually save a great deal of money. A new study, published August 20 in the Archives of Pediatrics & Adolescent Medicine, warns that cutting funding for circumcision may be more expensive in the long-run because circumcision reduces the prevalence of a range of diseases, including urinary tract infections, syphilis, herpes, penile cancer and HIV.

Health experts and economists at Johns Hopkins University School of Medicine warned that if circumcision rates in the United States. fall to the same level as in Europe, it could add more than $4 billion in health care costs over a decade.

As the study’s authors called on states to rethink their decision on cutting Medicaid funding for circumcision, the American Academy of Pediatrics was preparing to release its new guidelines on circumcision.

The new guidelines was released on Aug. 27. The new guidelines make clear that the health benefits of the procedure outweigh the risks, while stopping short of recommending routine circumcision. It also warns of the danger of metzitza b’peh, a controversial rite involving sucking of blood during circumcision.

All this would come as a shock to northern European nations that have spent the summer wrestling with whether to allow nonmedical circumcision.

A botched circumcision of a 4-year-old Muslim boy in Cologne, Germany, earlier this year set off a debate among health officials, politicians and commentators in Germany, Switzerland, Austria, Denmark and Norway about the ethics of what many see as an unnecessary procedure.

In Denmark, the debate centered on the tension between religious freedom to circumcise and the child’s right to bodily integrity. Opponents of circumcision said that it violated the United Nations Convention on the Rights of the Child.

“Other countries are discussing whether [circumcision] should be banned as a crime,” said Georganne Chapin, executive director of the anti-circumcision group Intact America. “We’re not talking about the rights of the babies, and we’re completely ignoring the protective benefits and the sensual benefits of the foreskin.”

Besides, Chapin said, if circumcision prevents a range of diseases, surely states in America that have low circumcision rates would have “very high rates of these dread conditions.”

A spokesman for the Centers for Disease Control and Prevention declined to comment generally about the link between circumcision and disease.

But the debate over health benefits and costs is only a part of the picture. Nationally, circumcision rates are lowest in large, central Metropolitan areas and highest in suburbs and rural areas, according to health department data. Hispanic people are much less likely than black or white people to circumcise their children.

For many parents, the decision to circumcise their child is based on whether they themselves were circumcised.

Lori Green, whose parents are both from Europe but who lives in Colorado, said her two sons were circumcised against her judgment, because her now ex-husband, demanded it.

About a year ago, she told her eldest son, now 23, how she “agonized over the decision.” “He said“ ‘Thank God Dad did put his foot down. I wouldn’t want to be a freak.’” Green said.

She added: “I was, and still am, baffled by the strength of conviction men in this country have regarding this issue. I just don’t get it.”