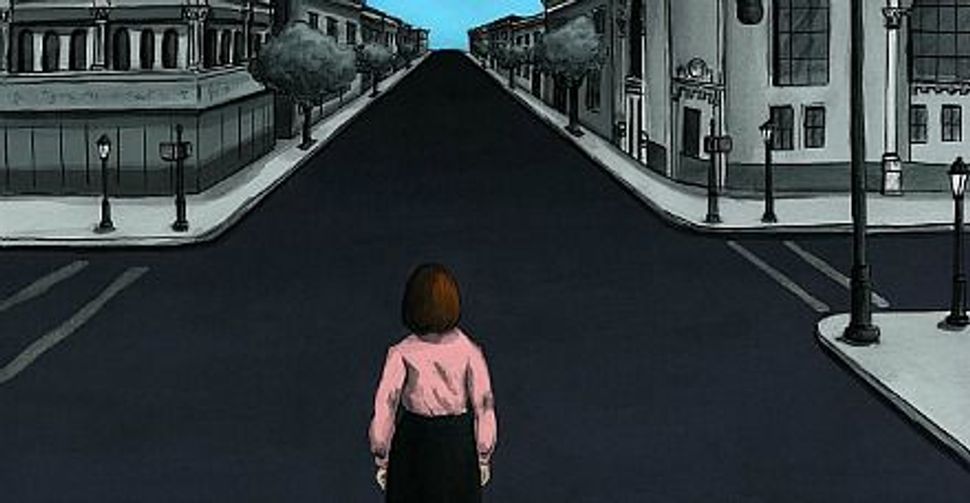 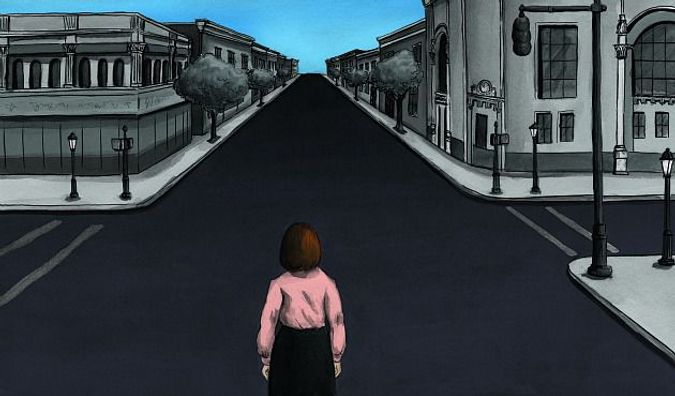 The email had arrived that morning from Rivky, a woman who was like a sister to me. In the past few months, though, there had been silence between us.

When I first saw Rivky’s name in my inbox, I felt dread. I knew why she had written and what she wanted to say to me. It had been a year since I’d anonymously published “Hush,” my book about a sex abuse cover-up in Boro Park, the ultra-Orthodox neighborhood where I grew up. And it had been just weeks since I had gone public with my real name.

I hadn’t told the friends I’d grown up with about the book I’d published. It was the conversation we could never have. In the world I come from, there are lines you don’t cross, stories you don’t tell, agonies you keep to yourself. And I knew the nuts and bolts of this mindset. After all, I spent so much more of my life in that mind than I ever did in my own. So I already knew what was in the email: a terrible sense of betrayal that would fill every word and line.

I read it three times.

She had not read the book, she said, but knew what it was about. The title was enough. How could I have done such a thing? I had slandered yiden, yiden who were kind and good. Sexual abuse was something that only happened to people with issues — people with a lack of moral guidance, who had secular magazines in their homes.

I had encountered this perverted denial too often in the community — the need to blame the victims, to feel better by invalidating the agony of the most vulnerable. Such things never happened to pious Jews, she explained to me, never to those who followed our rabbis’ rules. One day, she said, I would clearly see the evil I had done, and repent.

I would never speak with Rivky again.

I printed out the email and folded it neatly. I put it in my pocketbook. I was shaken, deeply depressed, but I couldn’t understand why.

“I’ve received death threats because of what I wrote in the book,” I told my therapist that week. “I’ve received far worse than this,” I said, waving the printed email in my hand. “Then why this reaction? I should be relieved that it’s over, done with. No more pretensions.”

“It’s a loss I chose,” I countered. “Or I would never have written the book.”

“But why?” I asked. “I knew this would happen. It was so predictable.”

For days after, I wept. I held the loss close to my heart: I wept for friends I’d known since kindergarten; relatives I’d never speak with again; the world I was part of before I wrote of forbidden agonies and became a traitor.

That I needed to grieve was a shock to me. The ultra-Orthodox world felt like a prison, and I was relieved at the thought of leaving it behind. Yet, I realized that my mind did not agree.

Every year, there is a small but steady exodus of young men and women from the ultra-Orthodox world. For most of us, leaving isn’t bravery or stupidity. It’s a form of survival, an escape. You leave because you can’t stay. You leave because if you don’t, you will die. And suddenly there is an enormous void. You are utterly alone.

From the moment your mind is awakened, and realization strikes, it’s as if you’re living in a colorblind world where the inhabitants see only in shades of black and white. When you first say, “The sky — it is blue!” they look at you with pity, as though you were a child with a disorder. Immediately they attempt to cure you, frantically trying to turn blue into black — but when you look up at the heavens, the sky is bright blue.

Now there is serious concern. They point to the other inhabitants, every person you’ve ever known, and ask them the color of the sky. Black and white, they say. A dark gray, perhaps, but — good heavens! — not blue.

You know they must be right, that it can only be a delusion of your mind, and you don’t want to be delusional, so you pretend to be cured. The clouds are black, you agree. Of course. There is no such thing as blue.

It’s a bewildering experience, frightening to the core, because when you look up, blue is still there, and sometimes a bright yellow. Colors, colors, everywhere, betraying your mind. You don’t dare tell anyone of your terrible secret. You wonder constantly: “Why? Why can’t I see like the others?”

It’s impossible to pretend for long. Sometimes it happens by accident; sometimes the colors are so vivid you’re certain they can see them, too. How can they not see? But they look at you suspiciously, at a distance; there is irritation in their eyes. Now they tell you that you are damaged, a person with a disease. They warn you that seeing colors that don’t exist is a dangerous game, that you might embed in others a desire for this insanity, or convince them that this lie is true. You are now a menace in their world. They must fix you at all costs.

They close in on you. They tell you that to be cured, you must go blind; it is the only way the colors will stop. They tell you that it is the only choice — a small sacrifice for a larger God. They tell you to submit, for you own good, because you are not normal; you are not, you are not. Your mind is an unstable place; something has snapped. But they can save you from yourself. Guardians of your eyes, the gateway to your soul, they will destroy the terrible colors until you’ll never see them again. The circle tightens. They look at you with mercy in their eyes and knives in their hands. It is at this point that you begin to run.

You stumble out, climbing over high, thick walls, jumping to the other side, falling hard onto the ground below. You find yourself on strange land. You begin to walk.

The mind pushes you on. You don’t allow yourself to think or feel. You don’t dare turn around. You must not look behind. You must only dream of what’s ahead, and know that somehow it is good. You have no idea how long it takes to reach that place — days, months, years? You keep walking.

But the people from your city don’t give up. They search for you. They cannot understand why you’d ever want to leave. They stand on the ledge of the wall, reaching out. They call your name knowing you can hear them. If you are not yet too far away, they send out people to bring you back. They use persuasive words, and sometimes threats or force, but you are too far from them now; they cannot reach you. But when they call, you still turn your head.

“Come back,” you hear them plead. It scares them to see you this way, so alone.

You look at them from afar — at their certainty, their security, their warm colorblindness — and from the lonely place you stand, a lie never looked so good. You stumble away, faster, until you can’t hear them anymore. But it is too late. You’re in agony, grieving.

They say there are five stages of mourning: shock, denial, anger, depression and acceptance. For the young men and women leaving the ultra-Orthodox world behind, there is an enormous loss. It is easy for those outside to think that now you are free; your life so much better than when you were among the colorblind. But it is still an enormous loss. That loss carries everything we ever believed, and everyone who taught us to believe it: parents who loved us, teachers who educated us, siblings who played with us, cousins and classmates and former best friends. Our loss holds in it entire families. It holds our faith, innocence and belief.

And it is devastating.

Eventually, you meet others like you, emerging like shadows from the dark: a former classmate, a second cousin, the quiet girl from summer camp. You’ve seen them before, walking the streets of your city, but you could not tell back then that they were different from the others — that they pretended not to see colors, too.

Time helps. Eventually, you see life ahead. Eventually, you understand that there is no magical transformation, no black-and-white transition from yesterday to tomorrow, and that grieving the loss of an entire world is a long and torturous process. But finally, alongside the trauma, there is enormous relief. Now, standing far from the place you ran from, you begin to clearly see that the colors are not a delusion. They are, indeed, real — chaotic, vibrant beauty, a kaleidoscope of colors, colors by God, everywhere.

Months have passed since I received the email from my friend. The printed copy still lies in my drawer. Every once in a while, I take it out and read it, each time from a greater distance, as a memory from a time when I lived in terror of my eyes.

They say there are five stages of mourning: shock, denial, anger, depression and acceptance. But for us there is a sixth and a seventh: wonder, the wonder of knowing that the world truly is a miracle of colors, and relief at no longer being colorblind.

When I was a young girl, my teachers always said that God works in mysterious ways — that sometimes He withholds in order to give, that every loss is really a hidden gain. It is difficult for us to understand this, because only God, high above, can see the larger picture — that the dark path we are struggling through leads to a better place.

It’s true. Today, I can finally believe them.

Judy Brown wrote the novel “Hush” under the pseudonym Eishes Chayil. “Inside Out” is her essay series about life in the ultra-Orthodox world. It is based on true events, but her characters’ names and identities have been changed; some are composites, comprising several real-life people.