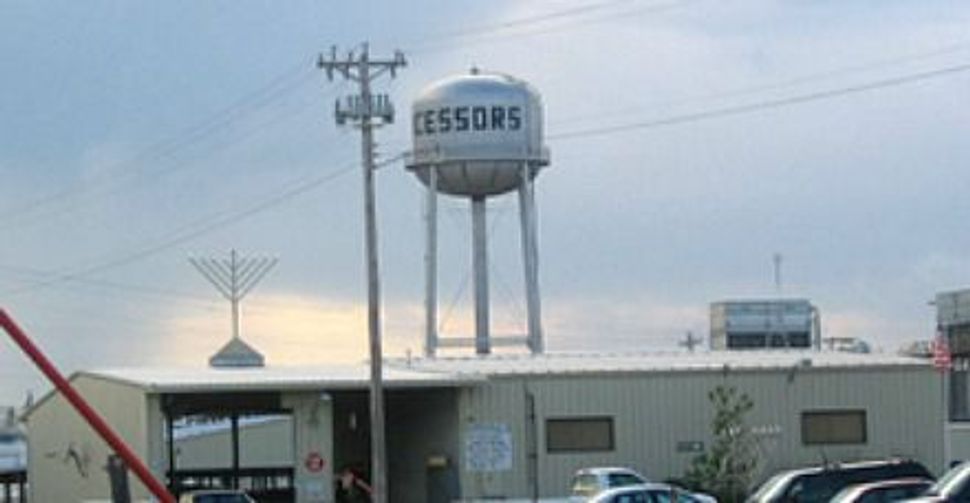 Magen Tzedek, the kosher ethics certification program launched four years ago, has yet to certify its first food producer. 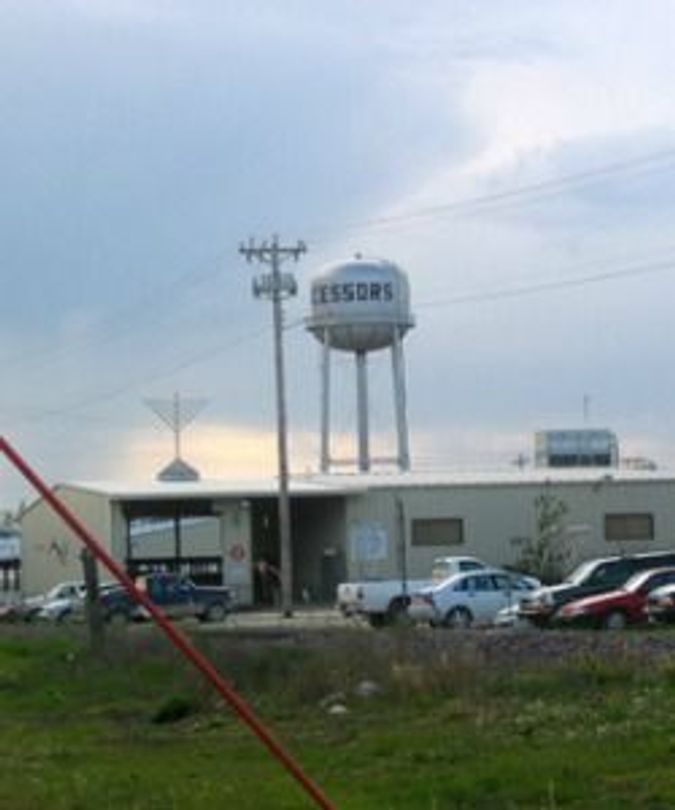 In fact, Rabbi Morris Allen, the group’s program director, told the Forward that independent auditors only completed their initial audit of the project’s first potential candidate to receive the Magen Tzedek seal in August. And even that process is now stalled.

The program, which requires those who would receive its seal to fill out a long form covering their policies on everything from worker salaries to animal welfare, had promised its supporters it would be operating by spring of 2011. But that hasn’t happened, and Allen, the program’s founder, pleads patience.

“It’s slower than we had imagined at this point,” Allen said. “But given the fact we live in a world where people are always looking to cut corners, often at the expense of workers or animals, we remain convinced that our product is the right product and our message is the right message.”

Allen’s admits he was not fully prepared for the minute details and lethargic pace that has come with launching an organization that represents, as he sees it, “the ethical conscience of Torah.”

“I’m a pulpit rabbi, not a businessperson,” he told the Forward in an August 30 interview — some four years after he and other Conservative rabbis introduced the concept of certifying the ethical standing of kosher food. His initiative, known as Magen Tzedek, still has no products carrying its seal.

Numerous delays have hindered the project, chief among them a rigorous approval process unlike any other certification in kashrut. All the while in the background, an emotional debate continues with the Orthodox Jewish community over the validity of such a seal. The Magen Tzedek Commission is disappointed by the postponements, but remains committed to its goal. Its members say they will not sacrifice their strict standards for speed, and they expect to see products carrying their seal by the end of 2012.

Joe Regenstein, a Cornell University professor of food science who has reviewed the standards at various stages, wrote in an e-mail, “Once we realized that this was a much bigger project than originally anticipated, the effort to generate publicity was ratcheted down.”

It was a May 2006 article in the Forward that spurred Allen’s idea for Magen Tzedek. The article reported on mistreatment of low-wage workers at the Agriprocessors meatpacking plant in Postville, Iowa, then the world’s largest kosher slaughterhouse.

According to the Magen Tzedek website, in 2008 a commission was formed to create and apply a set of standards that would certify “that kosher food manufacturers in the U.S. operate according to Jewish ethics and social values.”

In May 2010, Allen told The Jewish Week that he expected to have 15 food producing companies on board within a year.

Allen cited an example of the kinds of setbacks his group confronted that kept it from meeting that deadline.

Recently, he related, the commission completed an initial audit of its first candidate to carry the seal. The results were shared with the company’s executives, but negotiations have stalled because of a recent senior management change within that company. Allen said his commission is in discussions with three other producers about using the Magen Tzedek seal. He declined to name them, citing a need for confidentiality during the process.

Allen said Magen Tzedek’s best prospects as potential partners are companies that have already developed their own standards and that emphasize ethical values in their branding and corporate culture. “We look for a corporate statement of responsibility, and work hard to establish contact with them,” he said. “We ask, ‘How do you verify this?’” With his group’s seal, Morris tells them, “you can walk the walk and not just talk the talk.”

The first step to certification is filling out a pre-screen application and a self-study form in which prospective clients answer how they currently fit standards in 22 categories, ranging from animal welfare to employee working hours. Companies are also asked to provide copies of all certificates, employee handbooks, waste reduction policies and a host of other manuals and policies.

Michael Siegel, co-chair of the Magen Tzedek board of directors, said his group had created the “most complete and comprehensive standards anyone has done,” noting that the process took several years to finish.

The standards were finally published on Magen Tzedek’s website last February, 13 months after the organization formalized its status as a not-for-profit corporation. The 19-page manual details the specific requirements a company must fulfill, a dizzying amount of categories and subcategories spanning labor practices, animal welfare, consumer issues, corporate integrity, environmental impact, traceability of food supplies and record keeping. Allen said that businesses have approached Magen Tzedek with the proper intentions for wanting the seal, but their actual commitment to fulfilling all the standards was not as dedicated.

Menachem Lubinsky, president and CEO of Lubicom Marketing Consulting, a kosher-focused consulting firm, said the delays were inevitable. Furthermore, he said, the seal is not as important to the public as supporters of Magen Tzedek would like to think, particularly if it entails extra costs.

“The bottom line is, who is this being addressed to?” said Lubinsky, a former consultant for Agriprocessors. “A kosher consumer, whose dominant thought is buying at the right price with good quality. I’ve talked to major supermarket chains, and they get very few inquiries [about ethical standards].”

The priority that kosher consumers place on a good price over any other factor, Lubinsky said, was demonstrated by the fact that during the Agriprocessors scandal, the company’s sales actually increased. Lubinsky later wrote in an email that he interviewed about a dozen retailers at the time, both chains and independent stores, and “that was the overwhelming sentiment.”

But Allen is unfazed. “Once we show it can be on a package, people will come to believe it’s not only possible, but necessary,” he said.

Meanwhile, Uri L’Tzedek, an Orthodox social justice organization, has created a separate seal, Tav HaYosher, for restaurants and caterers that is already in use, though it launched around the same time as its Conservative counterpart. Its faster progress may be due in part to greater circumspection in what it seeks to certify: basically, that those carrying its seal obey federal and state law in their treatment of workers. The seal certifies that the business carrying it pays its workers minimum wage and overtime, that the workers are free to organize and that the work environment meets state and federal safety standards.

According to Uri L’Tzedek’s executive director, Rabbi Ari Weiss, its Tav HaYosher seal has gone up in 92 restaurants, markets and caterers across North America, and has received support from such leaders as New York City Mayor Michael Bloomberg. But establishments carrying the Tav HaYosher seal have not been immune to criticism. According to an article in The Jewish Week last June, restaurants in Los Angeles have been bullied and have received threats for carrying the seal from elements of the Orthodox community angry that Uri L’Tzedek joined in criticizing Agriprocessors and its popular owners, the Rubashkin family, after the revelations about the slaughterhouse’s labor and environmental practices emerged. In New York, the Forward reported that when Tav HaYosher launched in 2009, some Orthodox customers said the seal was offensive because it undermined traditional kosher authorities.

Allen acknowledged that Tav HaYosher has been successful. But unlike his group, he noted, Uri L’Tzedek does not verify the standards of those carrying its seal through use of an outside professional auditing firm. It instead uses trained volunteers to conduct compliance visits at its client restaurants.

“We have faith in our compliance efforts and partnership-building efforts, both from our staff and volunteers,” Weiss said.

Siegel said that resistance from Orthodox opponents, though expected, has been shocking and painful. “The response in some cases is so vociferous and really over the top, it does really take your breath away,” he said. In May 2011, Agudath Israel of America called Magen Tzedek a “falsification of the Jewish religious heritage” in an article published on the website Vos Iz Neias. One month later, the Orthodox newspaper Yated Ne’eman called Magen Tzedek the result of a “smear campaign waged against Agriprocessors,” and described its history as a “chilling tale driven by falsehood, deceit and injustice.”

Mary Zamore, a reform rabbi and author of “The Sacred Table: Creating a Jewish Food Ethic,” published by CCAR press last year, praised Magen Tzedek for the discussion it has ignited within all sectors of the Jewish community.

“What they’re trying to achieve is a very pure, high level of ethical certification,” Zamore said. “I think what they have achieved in the meantime is remarkable. They have spurred conversation in the Jewish community, which is very important, 100% necessary.”

But for Siegel and Allen, the goal is not to spur dinner table discussion; they want to uphold values that they feel have diminished over the years.

“It’s not a business and not a way to elbow into the kashrut industry, but about an idea that we believe represents the best of Torah,” Siegel said.