Born on the Lower East Side 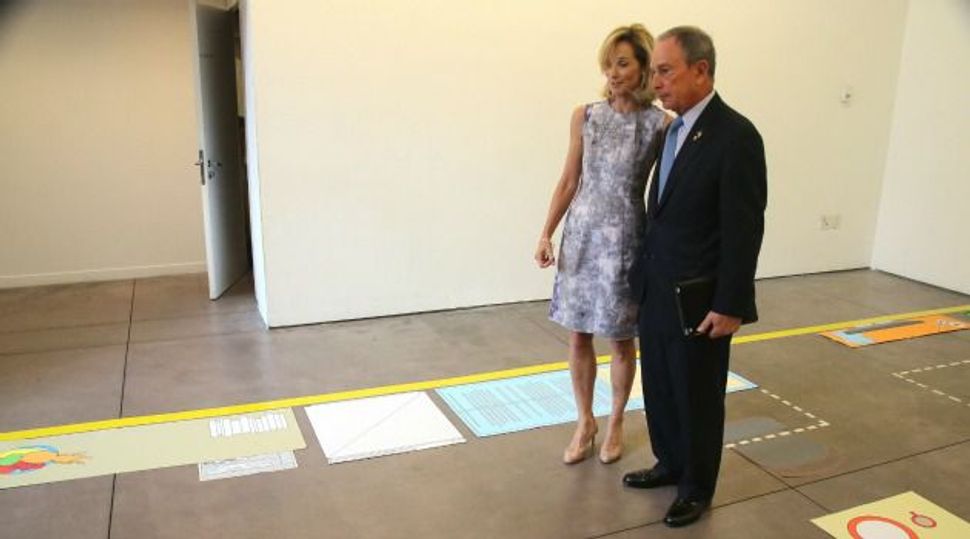 Oh, to live in a teeming tenement!

That’s not a sentiment you hear a lot these days. In fact, it’s doubtful that the great wave of Jews immigrating to New York at the turn of the last century would have uttered it, either. But to the tenements they came, and New York has never been the same. This may be why the city’s current mayor, Michael Bloomberg, wants developers to do it again: Teem away!

In June he announced a contest to plan a building crammed with 80 apartments of 275 to 300 square feet each. Thirty-three developers submitted plans by the deadline in late September and the winning concept will be built in the Kips Bay neighborhood on Manhattan’s East Side.

Such an apartment building would normally be illegal, since city zoning law prohibits overly dense buildings. The Mayor is throwing space requirements down the airshaft, not because he believes in human misery but because he believes in human capital. Right now, a lot of humans can’t afford to move to the city, or at least not to Manhattan, where the average rent is $3,418, according to brokerage firm Citi Habits. These new apartments, smaller than some ATM vestibules but bigger than a New York prison cell, will rent for about $2,000 a month. And while that’s not pigeon feed, it just may be affordable enough to lure a lot of young folk who can start contributing their enthusiasm and smarts.

Bloomberg isn’t the only one thinking this way. In San Francisco, there are [reports][3] of developers hoping to rent out apartments half as big — 150 square feet. The reasoning is the same: more and more people are living alone or as couples. Not only does a smaller space appeal to budding yuppies, but it is also a safe alternative to the illegally carved up spaces to which many poverty-stricken urbanites resort. As such, the small apartment initiative doesn’t seem to have many opponents. What it does have is a bit of a backstory: a faint echo of what happened 100 years ago, when the immigrants flooded in from Eastern Europe.

“Nostalgia is no friend to history!” chided historian Peter Golden when I floated the idea of a new tenement golden age. He was quick to remind me that the poverty on the Lower East Side was so grinding, his own grandmother spent the rest of her life embarrassed to talk about it.

“I heard stories about my great-uncle and another great-uncle sharing shoes to go to school,” Golden said. They’d take turns wearing the shoes every other day. To think of the Lower East Side “as a place where nobody ever died too young, or dreamed a dream that didn’t come true,” is as misguided as the immigrants who believed that the streets would be paved with gold. “People starved to death,” Golden said. “There was polio.”

That being said — as it has to be — all I meant by the comparison is that it seems like a lot of good things can happen when you mash people together in a metropolis. “Give us your huddled masses” is not just kind-hearted; it’s also good urban policy. While Jews fleeing pogroms and living in squalor is not exactly the same thing as grad students fleeing Ohio and living in cool, new micro-homes (while they work on their social media start-up), in both cases what you get is a city filled with newcomers eager to make good, and just as eager to step out of their cramped living quarters.

That’s a potent twofer. “The typically small size of a tenement apartment would have pushed people in large part into socializing outside the home, in all kinds of communal spaces,” said David Favaloro, director of curatorial affairs at the Lower East Side Tenement Museum. In those public spaces — cafes, synagogues, saloons, even rooftops — the newcomers shared ideas. Think of the literature, music and social movements born of that mingling. Think of all the businesses, too.

“There was such an explosion, between the arts and sciences and the achievements of the offspring and the grandkids, it could take lifetimes for historians to sort out,” Golden said.

One thing historians do know: The Lower East Side of the immigrant years was one of the most overpopulated places in history. Apartments built for one family often housed a tangle of relatives and boarders. People slept on floors, tables, chairs; and they used that space to work, too, doing piecework. In 1894, New York was the most densely populated city in the world, with 143 people per acre. But that was positively bucolic in comparison with the Lower East Side. A study by the New York State Assembly Tenement House Committee counted about 800 people per acre.

If it was both outrageously crowded and, ultimately, outrageously successful as an incubator for great artistic, social and entrepreneurial success, could that mean that extreme cramming actually makes people more productive? If so, wouldn’t that mean slums are great for cities?

It would. And in a way, said Bhaskar Chakravorti, who teaches international business and finance at The Fletcher School at Tufts University, they are. Chakravorti’s specialty is innovation in an international context, and as such he studies slums.

He’s not a romantic about them. He’s an economist; he sees slums burgeoning as people from the countryside flock to the mega-cities of the world. But he sees a big difference between the slums filled with striving newcomers and the older slums, where poverty seems entrenched and intractable. “When we think of a poor neighborhood in L.A. or Chicago, we tend to think of them as inherently decrepit and no signs of hope,” Chakravorti said. But that’s not true of slums that simply provide cheap, convenient housing for the folks flooding in.

From Manila to Mumbai, he sees much that he likes in the slums: resourcefulness (the homes are made of whatever’s handy), recycling (little goes to waste), political power (a concentration of votes with a similar agenda) and no red tape (allowing for innovation). Most thrilling, he sees a font of entrepreneurship. “A number of innovative enterprises, for-profit and not, have figured out ways, for instance, to provide clean sanitation facilities and use human waste to produce energy,” Chakravorti said. He has seen new ideas for education bubble up, too, and new financial ideas, like using mobile phones as banks.

He added: When we think about some of the biggest innovations in the past decade, like Facebook and the iPad, where were they born? Facebook began in a “cramped housing project,” Chakravorti said — a Harvard dorm. Napster, which popularized MP3 file sharing, and arguably begat the iPod, began in Shawn Fanning’s dorm room at Northeastern University. These guys didn’t need McMansions, or even their own bathrooms, to trigger their creativity; they needed a humming hive of strivers.

“It’s the vibrancy of the city, not the size of the apartment, that matters and motivates creative [people],” said Richard Florida, author of the 2005 book “The Rise of the Creative Class.”

Of course, once those creative types create something that makes them a little scratch, often they move on to something a little more comfortable. But this just allows someone else to take the tiny little space, with all the potential that comes with it, and start the whole thing over.

Maybe this time, without having to share a pair of shoes.

Lenore Skenazy is a public speaker and is the author of the book “Free-Range Kids” and of the blog of the same name. Her show, “World’s Worst Mom,” airs on Discovery/TLC International.

Born on the Lower East Side