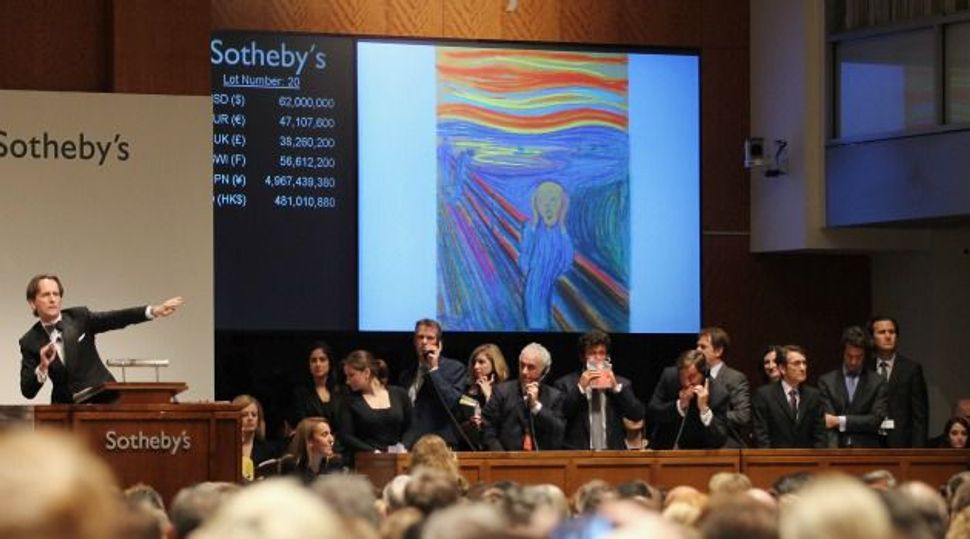 The heirs of a German-Jewish banker who claim the famous Edvard Munch painting “The Scream” was looted from him by the Nazis want a New York museum to explain its history in its new display.

The 1895 work by Edvard Munch is set to go on display Oct. 24 at the Museum of Modern Art in New York, the New York Post reported.

Hugo Simon owned the painting in the 1920s and 1930s, but the banker and top art collector was to forced sell it and flee Germany after the Nazis came to power in 1933.

His heirs contested the sale before the auction in the spring, but now say it is a moral issue and are calling on MoMA to explain in its display the painting’s “tragic history,” the Post reported, citing Rafael Cardoso, a Brazilian curator and Simon’s great-grandson.

Simon consigned “The Scream” to a Swiss gallery before he and his family left Germany for Paris. In 1940, after the Nazis invaded France, Simon and his family immigrated to Brazil on fake passports.