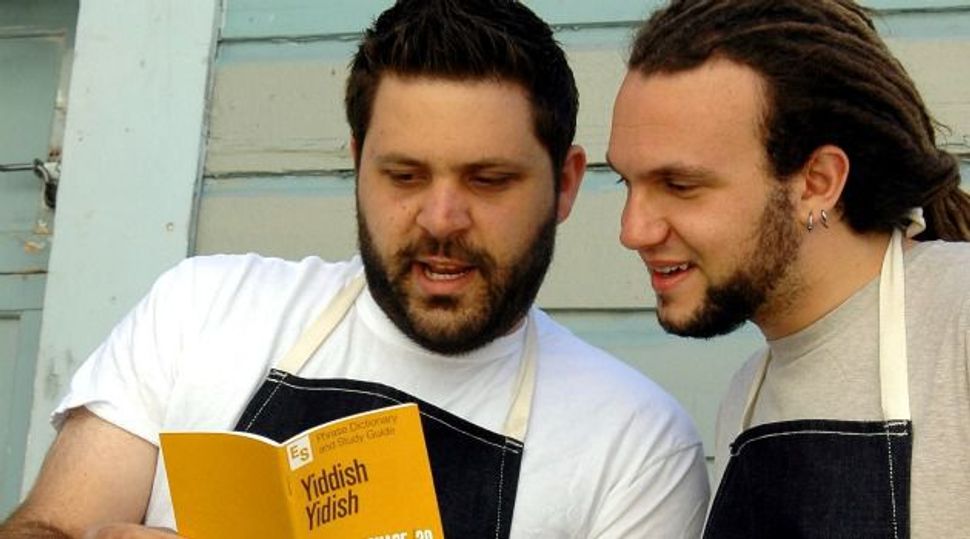 There was a time in the not-so-distant past when the American deli was in dire straits. The last quality holdouts, like the iconic Katz’s Deli in New York and Langer’s Deli in Los Angeles, were still going strong, but the deli landscape overall was rather desolate. Even in New York — dotted with as many as 3,000 to 4,000 delis only a few generations ago — just a handful of vibrant eateries remained.

For three years, writer David Sax visited delis in America and abroad to bear witness to an institution that was holding on for dear life. In his 2009 book, “Save the Deli: In Search of Perfect Pastrami, Crusty Rye, and the Heart of Jewish Delicatessen,” he describes feeling alternately hopeful and despairing. Delis faced “tremendous odds,” he wrote.

Today, there is a deli renaissance afoot. A small number of next-generation Jewish delis have sprouted up across the country in the last few years. These delis have looked into the culinary past to dig up almost extinct ways of cooking and mixed in modern food sensibilities. Known for their excellent pastrami, they cater to Jews and non-Jews alike.

These delis have changed the conversation about the most classic Jewish American dining experience and given it new life. But have they “saved the deli?” The answer isn’t simple.

In the family tree of delis, “Katz’s is the grandpa, Saul’s is a teenager and Mile End is the next generation,” said Peter Levitt, owner of Saul’s Deli in Berkeley, Calif. Levitt, who worked with Alice Waters, the mother of the organic and local food movements in America, was a trailblazer when he took over his deli from its former proprietor 17 years ago. Right away, he insisted that his meat be humanely sourced, even though it meant cutting salami from the menu.

More than a decade later, others followed: Kenny and Zuke’s in Portland, Ore.; Caplansky’s in Toronto; Mile End in New York and, most recently, Wise Sons in San Francisco. These delis, along with a few others scattered across the country, launched a conversation: Could the deli survive in the modern era? Could it be updated, and what would that mean for the food and atmosphere? “Peter was the first one to ask the questions,” Noah Bernamoff of Mile End said. And “Ken was the first one to say ‘I’m going to make my own pastrami because I think what’s available is crap,’” he added, referring to Ken Gordon, the owner of Kenny and Zuke’s.

Each of these restaurants has a fresh but traditional approach to deli fare — house-cured and smoked meat, pillowy but crusty double-baked rye bread and pickles with just the right amount of crunch. There is an emphasis on local and sustainable practices, too. Levitt took pastrami off the menu for a few weeks when his meat distributor changed management and the beef no longer met his satisfaction. Wise Sons works with Beauty’s Bagels, a new, Jewish-style baking company, to source some of their baked goods.

In a way, these deli entrepreneurs are reclaiming the flavors of a deli they never knew — the deli of their grandparents’ and even great-grandparents’ day. Most of the delis that existed during their own childhoods, on the other hand, served processed meats in sky-high sandwiches. These were the delis ruled by quantity more than quality.

But taste memory is malleable. “I think what I tried to recreate was something that approached [an] ideal in my mind; whether that ideal existed, I have no idea. There’s a palate there that I’m trying to match — part memory and part fantasy,” Gordon said.

Each owner has also put his or her own stamp on the deli. Bernamoff, who grew up in Canada, opened a Montreal-style deli in New York; Wise Sons owners Leo Beckerman and Evan Bloom kept a Chinese chicken salad on their menu as a nod to their Southern California roots. This generation of deli owners is “transforming [the deli] in our own image,” explained Ted Merwin, the author of “Pastrami on Rye: An Overstuffed History of an American Icon.”

A rare tasting of pastrami at an event in New York in October hosted by Tablet magazine, Mile End and the ABC Home store, revealed that the blend of old, new and personal traditions in the kitchen has paid off. The pastramis — from Saul’s, Kenny and Zuke’s, Mile End and Wise Sons — were thickly sliced, glistening with fat, lightly smoky and well spiced. If it were just a matter of flavor, the future of pastrami and, by extension, deli would seem to be a bright one.

But there is more to saving the deli than a perfect pastrami sandwich. “Food is never just about food. Jewish deli was always about much more than really great tasting corned beef and pastrami,” Merwin said.

During the golden era of deli, which, according to Merwin, took place between the two world wars, “deli becomes the equivalent of the Irish pub or black barber shop or Italian social clubs — a place for each ethnic group to create bonds of community.” The deli doubled as the local hangout as second generation American Jews started to assimilate into the broader society.

When you enter some (though not all) of these new delis, that atmosphere is closer to a sandwich shop than old-school eatery. Mile End’s second location, in downtown Manhattan, originally opened as a standing-room-only establishment, designed to move diners in and out. Stools were ultimately added, but the space is an extreme example of the changing atmosphere of the deli. Many of these next-generation delis are too small to play the role of a central Jewish space as did delis of yore. What’s more, the Jewish community is no longer the same.

But the sentiment of community — even if it isn’t Jewish — is still there. Bloom and Beckerman of Wise Sons live only a couple of blocks from their deli in the Mission district. “We’re trying first and foremost to create a space that we enjoy as neighbors,” Bloom told me. And in smaller cities like Portland, Kenny and Zuke’s doubles as a communal Jewish space and a popular restaurant, said Merwin.

What is often overlooked in this deli renaissance is the importance of places like Katz’s and Langer’s. Theirs are the shoulders that the new delis stand on. They are “pivotal to the survival of the deli,” said Sax.

Whether diners believe the deli has been saved by these new restaurants is a difficult question to answer. For some, no matter the quality of that thickly sliced pastrami, a deli without the old timey schtick will never satisfy them. But for many others these businesses have a lot to offer. At the very least, they are teaching a new generation to love deli fare. And that love, hopefully, will save the deli.

Devra Ferst is the food editor of the Forward.