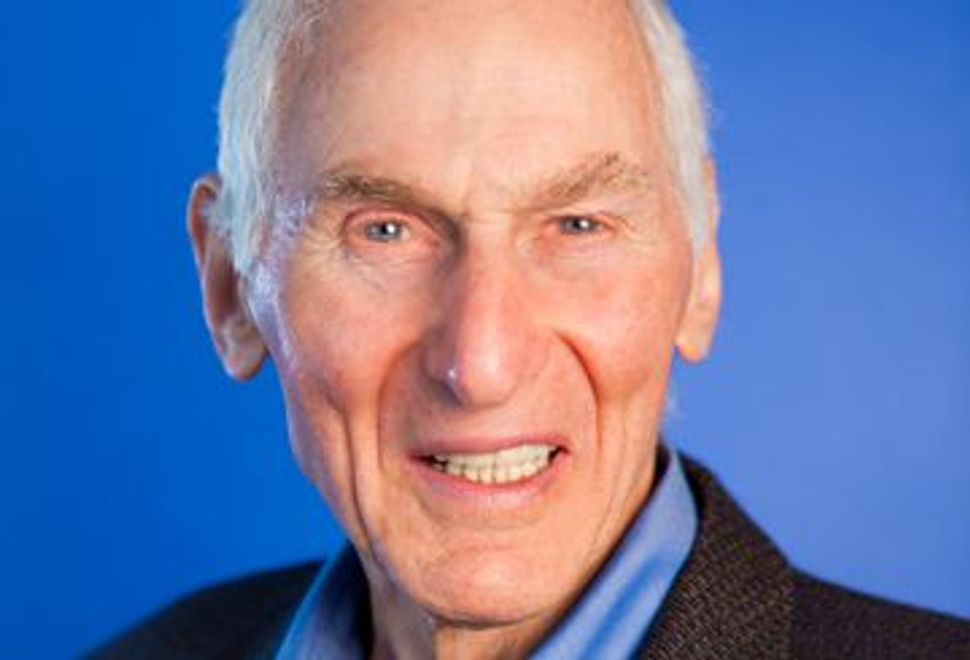 Image by Courtesy of the Harold Grinspoon Foundation

Philanthropist Harold Grinspoon is living proof of the Talmud’s dictum that one’s 80s are a time for renewed vigor. In May 2012, shortly before his 83rd birthday, he was in New Jersey to hand deliver his PJ Library’s three-millionth Jewish-themed children’s book. The program, founded in 2005 and funded jointly by Grinspoon and local communities, sends age-specific books and CDs for free each month to 100,000 Jewish kids ranging in age from 6 months to 8 years.

Like the larger Taglit-Birthright Israel, it’s meant to show Jews a caring side to their community. There’s little follow-up research — understandably, since the oldest “graduates” are barely 15 — but an internal survey and anecdotal information suggest it spurs families’ Jewish interest.

PJ Library is part of Grinspoon’s outside-the-box approach to Jewish education. He was a pioneer in expanding and upgrading Jewish summer camping. He’s a major backer of Jewish day schools, both at home in western Massachusetts and nationally as a co-founder of the Partnership for Excellence in Jewish Education.

PJ Library keeps growing, distributing Hebrew-language children’s books in Israel in 2009 and to Israeli-American families in 2011. And in August 2012 Grinspoon launched Voices & Visions, which will produce and give away decorative posters, each featuring a classic Jewish ethical maxim illustrated by a noted contemporary Jewish artist. In addition to Jewish philanthropy, he supports youth programs in Cambodia and in Massachusetts. Values guide him professionally too; he built his nine-figure fortune developing and managing middle-income rental apartment communities nationwide. What drives him? Growing up outside Boston in the 1930s, Grinspoon told a Springfield newspaper, he suffered from anti-Semitism and dyslexia-based reading difficulties. Now he’s fighting back against both.