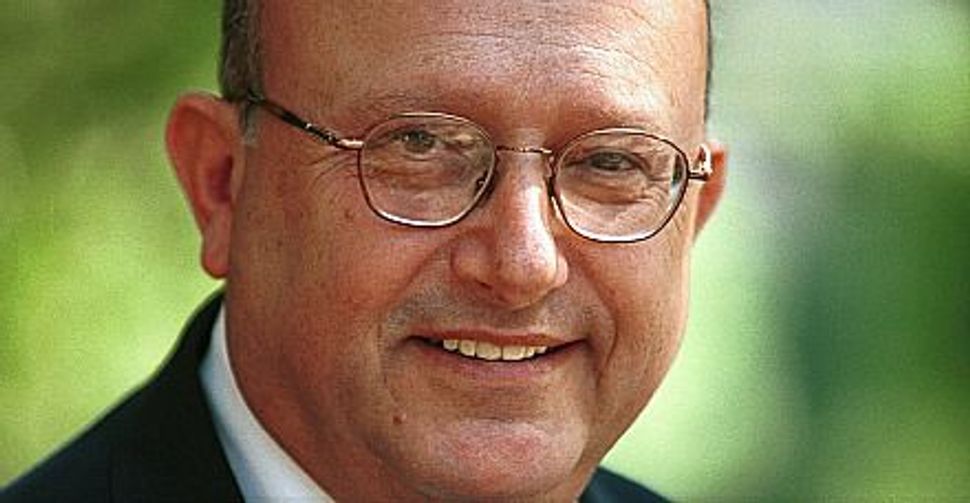 Philadelphia’s Jewish federation is facing a crisis of leadership.

Home to the sixth-largest Jewish community in the country, Philadelphia has a new museum of American Jewish history, Jewish day schools, thriving synagogues, and a major liberal rabbinical seminary.

Yet the CEO of the Jewish Federation of Greater Philadelphia, Ira Schwartz, departed abruptly in early May, marking the fourth time the federation has lost its top professional leader since the early 1990s. That’s unusual among big-city federations, where successful executives often last decades.

Fundraising has also lagged at Philadelphia’s federation. In similarly-sized Jewish communities in Boston and San Francisco, federations raise many times what the Philadelphia federation brings in each year. 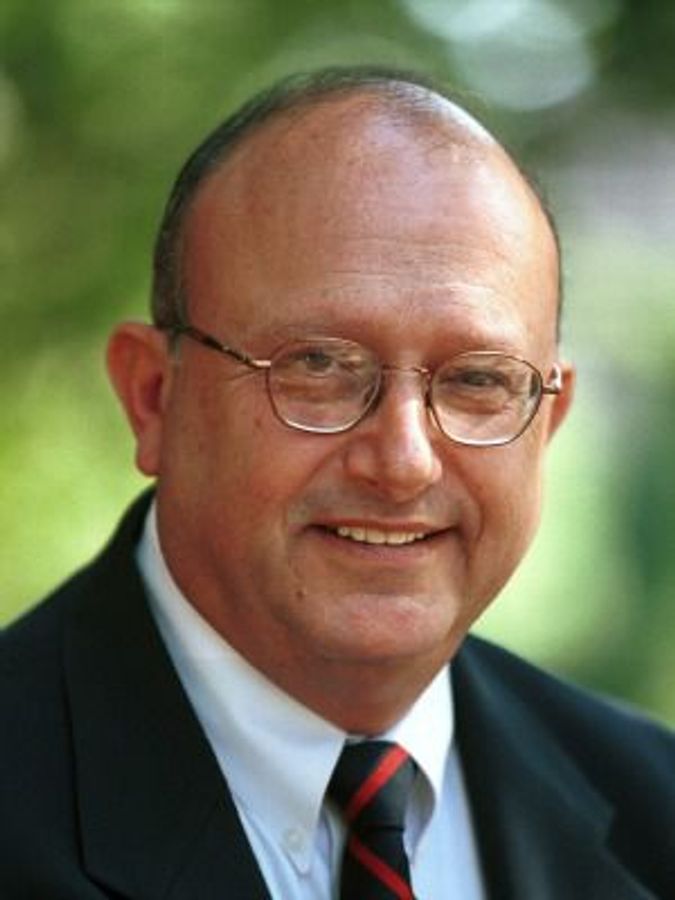 Insiders and observers posit that a weak volunteer culture within the federation, and a highly politicized core of leaders, has damaged the organization, threatening its ability to meet communal needs.

When Rabbi Leonard Gordon left his pulpit at Philadelphia’s Germantown Jewish Centre in 2010 for a Conservative synagogue on the outskirts of Boston, he was stunned by the difference in federation support.

“When I came to Boston, I was so struck by the way in which [Boston federation CEO] Barry Shrage and [Combined Jewish Philanthropies] reached out, met with me at their initiative,” Gordon said. “In Philadelphia, we didn’t have that.”

Now the spiritual leader of Congregation Mishkan Tefila, in Chestnut Hill, Mass., Gordon said that Philadelphia’s federation was characterized by “something of a second-city mentality.” In Boston, Gordon said, the message was that “whatever we do needs to be the best.”

Philadelphia’s federation announced Schwartz’s departure late on May 3, a Friday afternoon. A statement and story published in the federation-owned Jewish Exponent disclosed no details about why Schwartz was leaving, saying only that the separation was effective immediately. When contacted by the Forward, the federation president, Sherrie Savett, declined to comment beyond the press release.

Savett would not confirm or deny a report that the firing was the result of a disagreement over a commitment of space at a federation-owned campus that Schwartz allegedly made without seeking board approval. A representative for the federation declined to make Schwartz available for comment.

In its announcement of Schwartz’s departure, the federation noted that he had raised $13.5 million for an “Israel Emergency Campaign,” among other achievements.

Meanwhile, Schwartz earned $430,000 in 2011, more than the top executives of all but four Jewish federations in the United States, according to the Forward’s latest salary survey of Jewish communal executives. 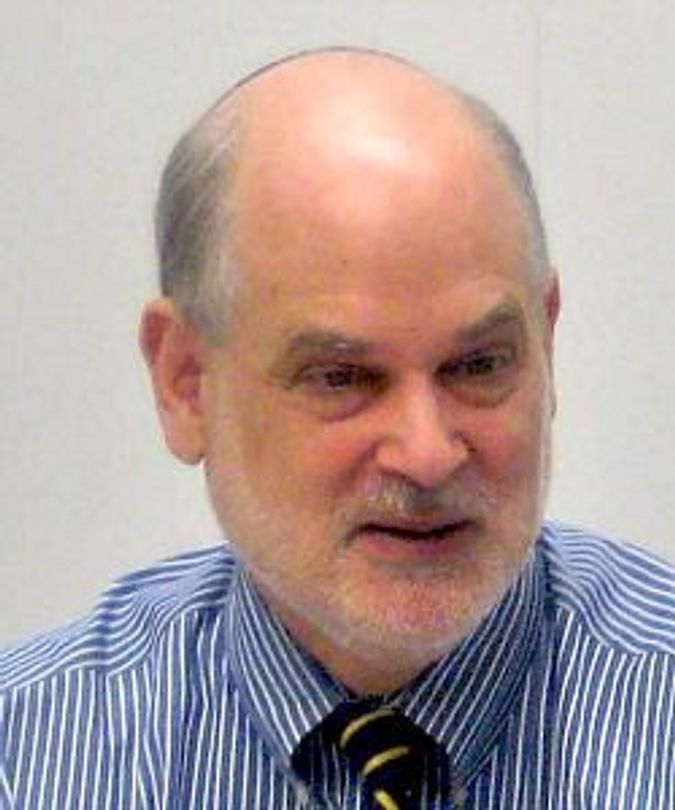 Insiders and observers attribute the weak fundraising to a communal culture in Philadelphia that far predates Schwartz’s arrival at the federation.

“We have trouble finding people to be campaign chairmen,” one former volunteer leader said, noting that volunteer positions are difficult to fill. “If this was a baseball team, we don’t have a big bench.”

A former federation staff member, who asked not to be named to protect relationships, laid blame on a lay leadership that has prioritized personal concerns. “It’s been weaker professional leadership, and it’s been lay leadership who are very much more backyard-oriented than…[oriented towards] collective responsibility,” the former staff member said.

Burt Siegel, a former head of Philadelphia’s Jewish Community Relations Council who worked briefly under Schwartz before retiring, attributed that lack of volunteers to the relatively low communal status afforded to federation leaders in Philadelphia. Boldfaced names seek such leadership positions in other cities, like James S. Tisch at the UJA-Federation of New York did in the 1990s, and Myra Kraft at the CJP in Boston did before she died in 2011. Yet prominent and wealthy city leaders have been less likely to push for those roles in the Philadelphia federation.

“Because of the relatively low status of federation top-level leadership [in Philadelphia], there are affluent people who’d rather play on the board of the orchestra or the art museum… [and where] there is some real status,” Siegel said.

Contributing to that reluctance, according to Siegel, are the hawkish politics of a large portion of the federation’s leadership.

Those politics manifest in some of the federation’s programming and hiring decisions. Flat-tax advocate and former Republican presidential candidate Steve Forbes headlined the group’s 2012 fundraising dinner.

The federation has also hired right-wing editors to run its newspaper, the Exponent. The paper’s editor in the mid-1990s, Buddy Korn, went on to found a group called Jewish Americans for Sarah Palin and to work on the staff of the Zionist Organization of America. His successor Jonathan Tobin is now an editor at Commentary, a conservative magazine. (The Exponent’s current executive editor, Lisa Hostein, is a former editor at the non-partisan Jewish Telegraphic Agency).

“Affluent people who might be more dovish did not want to play, nor were they well treated by the federation,” Siegel said.

The relatively rapid turnover of CEOs at the federation is seen both as a symptom and a cause of the dysfunction. “I don’t think [there’s] necessarily a long-term strategy,” the former volunteer leader said. “Each time somebody comes in, they have their own approach and strategy.”

“We haven’t had the right match,” said Betsy Sheerr, a former member of the Philadelphia federation’s board and the CEO of Sheerr Communications, a public relations consulting firm. “Although we have had very strong leaders in the past, they have not necessarily lasted. And I feel badly about that. We need the smoothness of a longer-term relationship.”

Schwartz raised hackles within the federation as soon as he arrived in July 2006, laying off large numbers of experienced staff members, according to Siegel.

“Ira came here from Temple University with the reputation of firing people,” Siegel said, referring to Schwartz’s previous position as provost of Temple University, in Philadelphia. “There were people who had been there for many, many years who for whatever reason left not of their own volition. Initially these were people who had considerably more experience in Jewish communal service [than Schwartz], because he had none really.”

The Forward reported in 2009 that Schwartz had laid off five federation employees in 2008 and yet had not taken a pay cut himself.

Brandeis University professor Jonathan Sarna noted that the federation isn’t the only Jewish institution struggling to survive in Philadelphia. The Philadelphia-based Jewish Publication Society, founded in 1888, cut its staff and much of its operations amid financial pressure in 2012. And the National Museum of American Jewish History, which opened on Independence Mall in 2010, has “had more trouble attracting funds than it hoped to have,” according to Sarna, the museum’s chief historian.