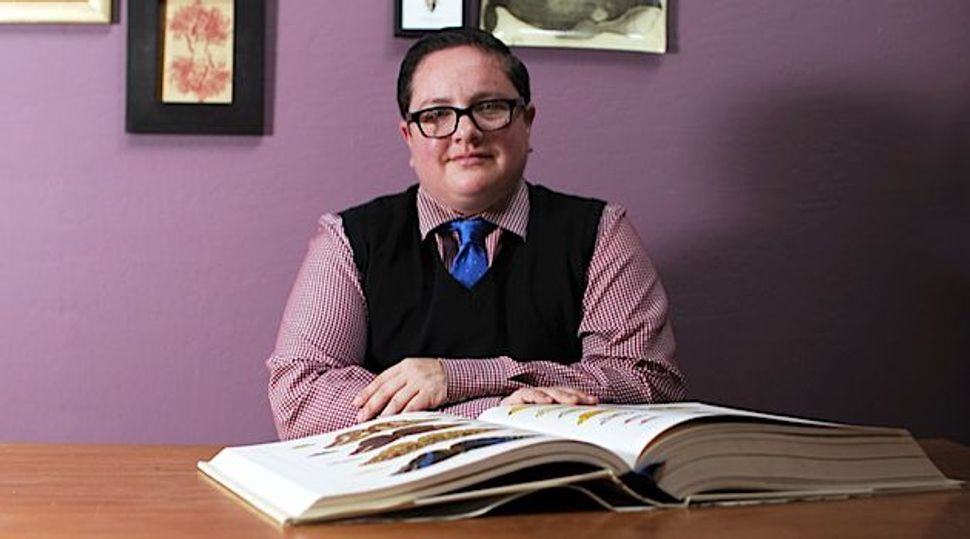 ?Who Am I??: Elliot Kukla was the first out transgender rabbi to be ordained by the Reform movement in 2006. He is a chaplain at the Bay Area Jewish Healing Center. Image by Nic Coury

When it comes to the acceptance of transgender Jews, the American Jewish community is itself in a moment of transition.

In 2008, Joy Ladin became the public face of transgender Judaism when she transitioned from male to female after receiving tenure at Yeshiva University’s Stern College for Women. Five years later, there are at least six transgender rabbis and rabbis-in-training across the United States. Both the Reform and Reconstructionist movements have programs on transgender inclusion at synagogues and in seminaries.

Still, the tiny community of transgender Jews and their advocates say that the mainstream Jewish world has been slow to reach out to them. Even as non-Orthodox Judaism has embraced lesbians and gay men, transgender individuals pose a unique challenge to an ancient faith built on strict gender roles.

“Parents who are perfectly liberal in most other respects don’t necessarily want a trans person to be their kid’s bar or bat mitzvah tutor or teach the teen youth group or to be hired as a rabbi,” said Rabbi Jacob Staub, a professor at Reconstructionist Rabbinical College who co-founded a student and faculty group on transgender issues. “Inclusion will take time.”

READ: Next Generation of Rabbis Ties Practice and Gender Switch

Questions of transgender inclusion become even more complex when Jewish law comes into play. In 2003, the Conservative movement deemed sexual reassignment surgery an essential component of gender transition. But many trans people never receive surgery, and so their transitions go unrecognized by the movement.

Rabbi Leonard Sharzer, a bioethicist at the Jewish Theological Seminary, has written a Jewish legal opinion that counters the Conservative ruling, saying that Jewish law should consider trans Jews according to the gender they identify with regardless of surgical status. He plans to submit his opinion to the Committee on Jewish Law and Standards, the Conservative movement’s law-making body.

Times of change often yield the most compelling stories. The Forward’s series on the lives of transgender Jews looks at how trans people are both creating their own communities and building on the success of the gay and lesbian rights movement to gain recognition in the Jewish mainstream.

Over the next two days, the Forward will publish profiles of six transgender rabbis and rabbis-in-training. Though it remains to be seen whether this small cohort will gain long-term employment as Jewish leaders, these individuals have become sought-after speakers and panelists in synagogues and community centers. Many of them espouse radical ideas about gender, pushing their respective Jewish communities to see it as a mutable part of identity rather than a characteristic fixed from birth. All six have contributed to a growing body of ritual that aims to mark gender transition as a holy event in the life of a Jewish person.

First off are Elliott Kukla and Reuben Zellman, the first transgender rabbis ordained by the Reform movement in 2006 and 2010, respectively. And Emily Aviva Kapor, a transgender female rabbi. Check back tomorrow for more profiles.

For Elliot Kukla, Gender Transition and Ordination Came Together