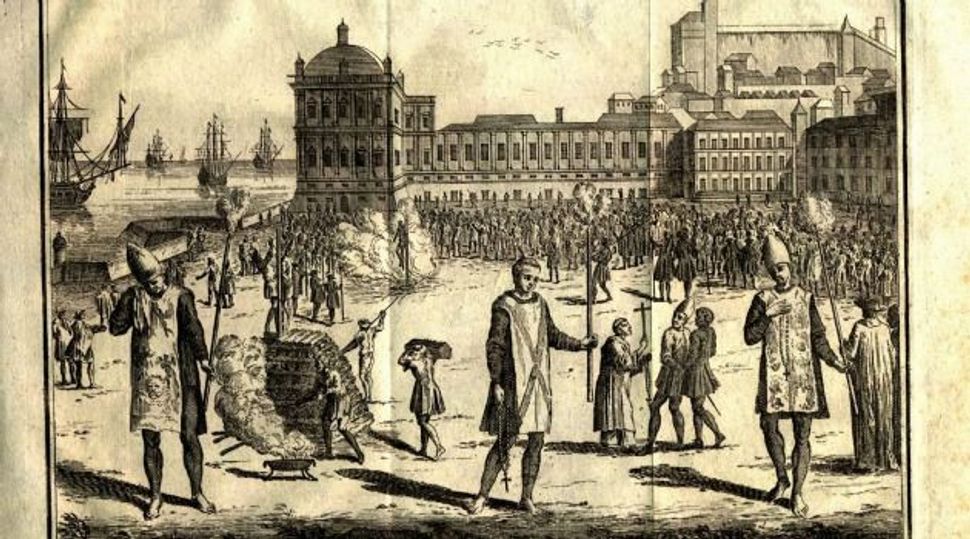 Until 2009, right-wing Portuguese politician Jose Ribeiro e Castro didn’t have much interest in the expulsion of his country’s Jewish community in the 16th century. That changed once Ribeiro e Castro opened a Facebook account.

Online, the 60-year-old lawmaker and journalist connected to several Sephardic Jews, descendants of a once robust Jewish community numbering in the hundreds of thousands, many of whom were forced into exile in 1536 during the Portuguese Inquisition. Eventually the encounters morphed into a commitment to rectify a historic injustice. 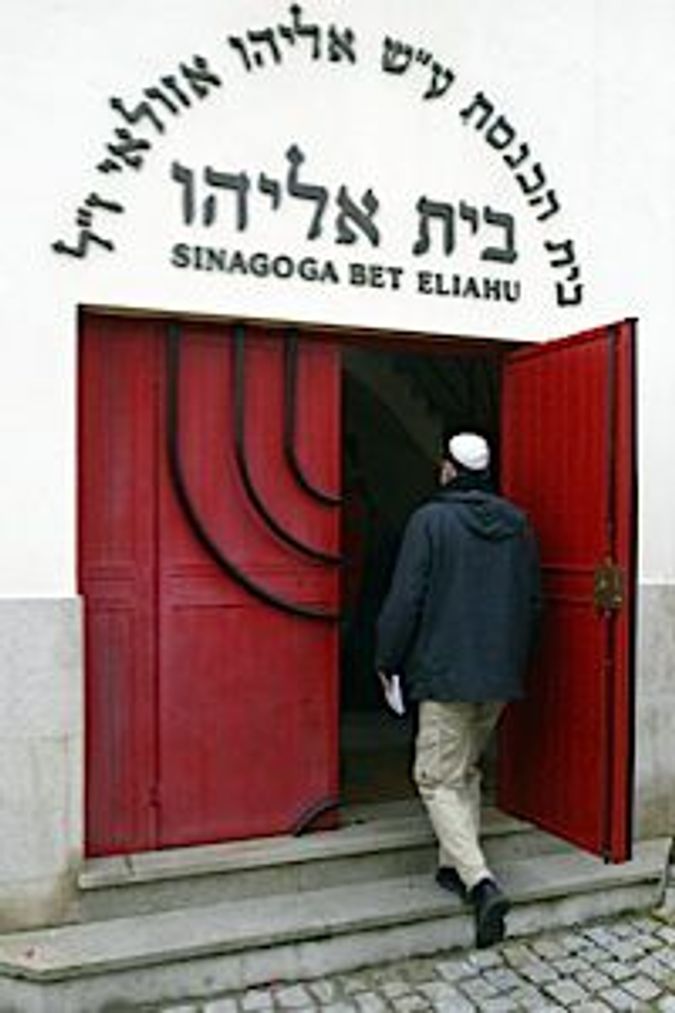 For Ribeiro e Castro, correcting the injustice meant spearheading a bill to naturalize the Jewish descendants of expelled Jews, a measure that unanimously passed the Portuguese parliament in April and went on the books last week.

“The law is a commendable initiative,” said Nuno Wahnon Martins, the Lisbon-born director of European affairs for B’nai B’rith International. “It has economic considerations as well, which do not subtract from parliament’s worthy decision.”

Portugal’s initiative comes as countries across Europe continue to invest millions to develop Jewish heritage sites – an effort they say is rooted in their belated recognition of the continent’s vibrant Jewish history, but often is also an acknowledged attempt to attract tourist dollars at a time of economic stagnation.

Last year, Spain announced a similar repatriation plan to Portugal’s, though the effort has yet to advance. And the country boasts a network of nearly two dozen cities and towns, known as Red de Juderias, aimed at preserving Spain’s Jewish cultural history in an effort to attract tourists.

Later this month, Portugal will open a $1.5 million learning center in Trancoso, a town once home to many Jews. The prime minister is slated to attend the July 19 opening of the center, which will be aimed at the area’s anusim, descendants of Jews forcibly converted during the Inquisition.

“The tourism drive and the repatriation effort in Portugal and Spain are connected on several levels,” said Michael Freund, founder and chairman of Shavei Israel, a Jerusalem-based nonprofit that runs outreach programs for anusim and will operate the Trancoso center. “The Sephardic Diaspora can be viewed as a large pool with the potential to benefit Spain and Portugal’s economies, provided that pool can be drawn to visit, settle and invest.”

Ribeiro e Castro, a soft-spoken man who tends to gesticulate vibrantly when discussing politics, insists he has no ulterior motives for promoting the legislation.

“For me, this is purely a historical and emotional goal,” he said. “These efforts got stuck in Spain had remained stuck also in Portugal for a long time, until we move them along.”

According to Ribeiro e Castro, his involvement in the project began as an experiment. In 2010, he encouraged several of his Jewish Facebook friends to apply for Portuguese citizenship, “just to see what happens.”

At first, Portugal’s powerful Socialist Party was none too thrilled about inviting descendants of Portuguese Jews to return. But the Socialists eventually came around, submitting their own bill to naturalize Sephardic Jews that ultimately was incorporated into Ribeiro e Castro’s amendment to the Law on Nationality.

The new legislation says “the government will give nationality … to Sephardic Jews of Portuguese ancestry who belong to a tradition of a Portuguese-descended Sephardic community, based on objective prerequisites proving a connection to Portugal through names, language and ancestry.”

The law names Ladino, the Spanish-based Jewish dialect spoken by some 100,000 people worldwide, as a viable “linguistic connection.”

Whatever his motivation, focusing international attention on the Catholic Church’s dark history is a bold choice for Ribeiro e Castro, a Catholic himself and former director of the Church-affiliated TVI network. He attributes his decision to an old high school buddy who taught him about Sephardic traditions in Portugal, and to his father, who served as Portugal’s colonial governor in Angola in the 1970s.

“My father was an admirer of what he called ‘small history,’ minor developments with a huge impact,” Ribeiro e Castro said. “Naturalizing the Sephardim could be that.”

For the law to have any impact, bureaucrats in Lisbon first need to address a host of complications. The Portuguese Bar Association already has warned that the law could compromise the constitutional principle of equality before the law.

And then there are practical issues.

“Differentiating between Jews whose families were exiled [from] Spain and those who fled Portugal is very difficult,” said Jose Oulman Carp, president of Lisbon’s Jewish community. “Clearly the Jewish communities [of Portugal] will need to be consulted on the screening process and we can provide some input, but the distinction is nearly impossible in many cases.”

But whatever the end result, merely the effort to lure back Portuguese Jews constitutes, in Freund’s mind, an ironic twist of history.

“Five centuries ago, the expulsion happened partly because the Iberian rulers wanted the Jews’ assets,” Freund said. “Now we see efforts to welcome back the Jews partly for the same reason.”