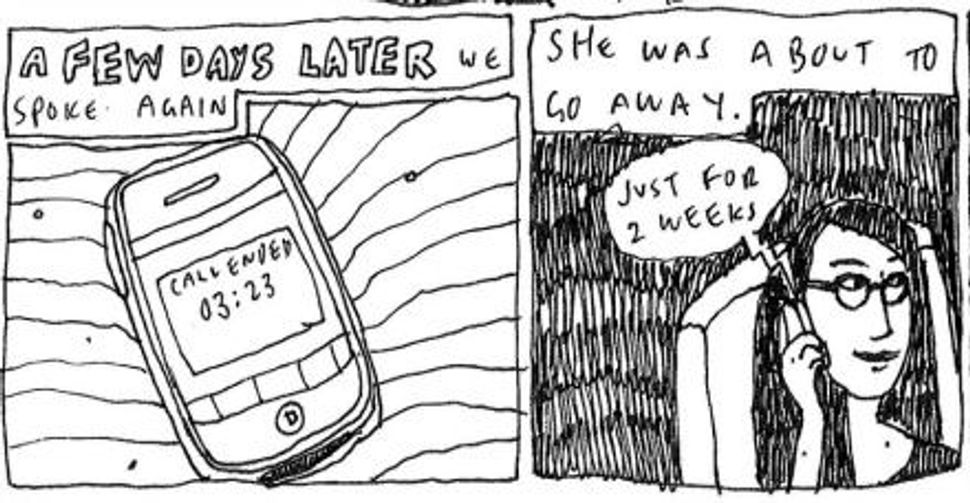 Esther C. Werdiger met a long lost relative named Dasha who lived nearby in New York. They met, chatted for hours, and said they’d get together again soon. But they never did. 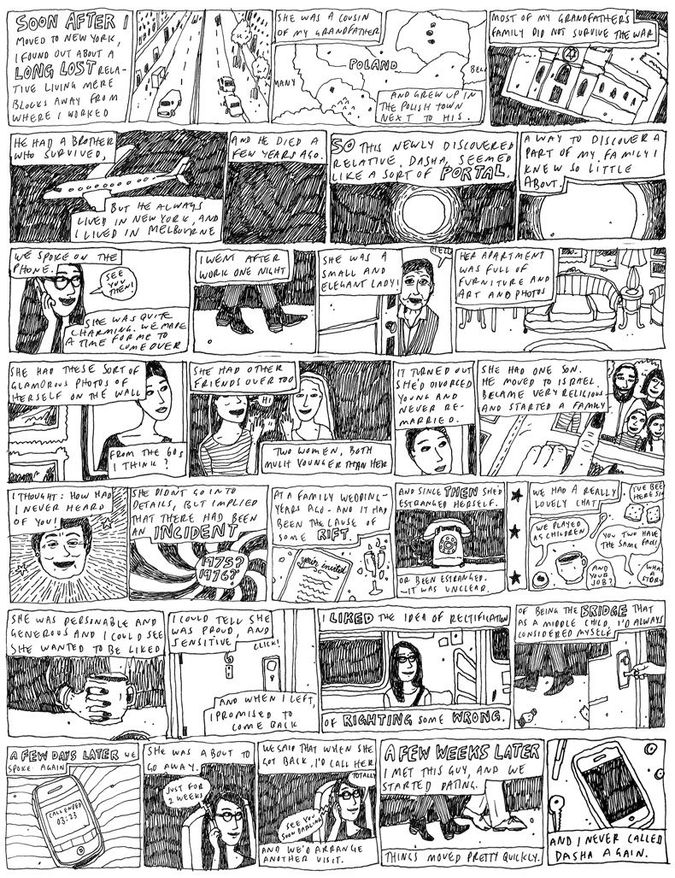 Click on the thumbnail to the right for a larger version.

Esther C. Werdiger is a writer and artist from Melbourne. Her essays, comics and illustrations have appeared at The Awl, The Hairpin, Saveur and in Lilith. She lives in Brooklyn.