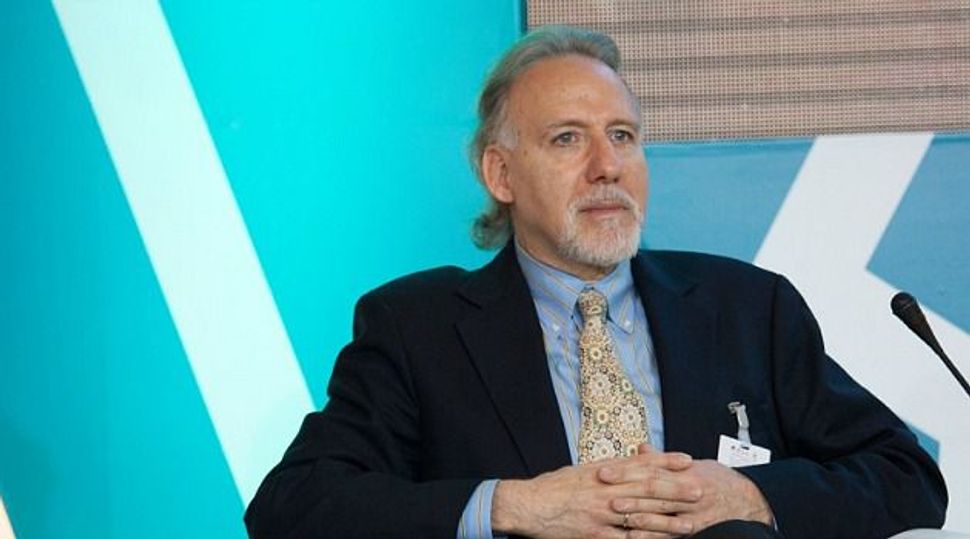 Image by courtesy of jacob bender

Jacob Bender is set to be the voice of Philadelphia-area Muslims, to take on discrimination they encounter in workplace and in the public sphere, and to fight expressions of hate.

And his Jewish faith, Bender believes, can only help him do the job effectively.

“The Muslim community is under attack from Islamophobic forces, and it is the obligation and responsibility of people of good will to stand up and say this is a bigoted attack,” Bender said. “This is fully in keeping with my life goals.”

The Council on American Islamic Relations’ Philadelphia branch announced the appointment of Bender as its executive director October 15. Bender is the first Jew, and the first non-Muslim, to serve as director of a CAIR branch.

“The needs of the Muslim community are really the needs of any minority community in the United States,” said Iftekhar Hussein, chairman of CAIR-Philadelphia’s board of directors. “Jacob, being Jewish, understands that from his own background.”

An activist on Jewish-Muslim interfaith issues who has been involved in the past on the progressive end of Middle East peace advocacy, Bender will face two entirely different sets of expectations in his new position.

He will meet a local Muslim community expecting a non-Muslim to represent its needs just as well as would a member of their own faith.

He will also face a national Jewish leadership that has all but deemed CAIR off-limits for any dialogue.

In a lengthy document published in 2006, the Anti-Defamation League accused CAIR of holding extreme positions on Israel and of having links to individuals and groups that expressed support for terror organizations.

Jewish groups have also pointed in the past to the fact that CAIR was initially named as an unindicted co-conspirator in the case of the Holy Land Foundation, an American-based charity charged with raising funds for Hamas. But in 2012 a circuit court ordered that the reference to CAIR be expunged.

While no official policy has been adopted, the Jewish community has excluded CAIR from all joint interfaith activities with the Muslim community and has focused on ties with the Islamic Society of North America and with local mosques and imams.

CAIR and Bender reject the Jewish organizations’ claims that the group is in any way extreme. “There will always be those who will try to demonize other groups,” Bender said. “As someone who has long supported Palestinian rights and was critical of the policy of occupation, I find no contradiction between my long-stated opinions on the Middle East and those of CAIR.”

Israel is not a top issue for CAIR, especially its branches, which tend to deal more with countering discrimination against Muslims within the local community. Still, for many in the Jewish community, the Arab-Israeli issue is viewed as the key obstacle distancing CAIR from the American Jewish establishment.

Could having an American Jew in a leadership position bridge the divides between the two sides? Most respond with a mix of hope and skepticism.

“There’s always potential for change,” Hussein said, while noting that building ties with Jewish organizations wasn’t the motivation behind hiring Bender for the post. “Those who are not in contact with CAIR should come to the table and understand that we are a civil rights organization.”

Abraham Foxman, the ADL’s national director, said in a statement to the Forward that “time will tell.” Bender’s Jewish faith, he said, does not necessarily matter. “Unfortunately, there are Jews who are anti-Jewish and anti-Israel,” Foxman added, “but we will wait and see.”

Bender’s interest in the Muslim community began after the 9/11 terror attacks. A video and television producer, he began organizing interfaith meetings and speaking out against expressions of Islamophobia that have increased following the attacks.

In 2009, the documentary he directed, “Out of Cordoba: Averroes and Maimonides in Their Time and Ours,” was released. The film is “about Jews, Muslims and Christians struggling against the hijacking of their religions by extremists,” Bender wrote in a short description accompanying the movie.

The film focuses on two historical contemporaries from medieval Spain: the Jewish philosopher Maimonides and the Muslim thinker Averroes. Through these two profiles, Bender sought to challenge “the propositions that there is an inevitable ‘clash of civilizations’ between the West and the Muslim world.”

For the past two years, Bender has been traveling with the movie to Jewish and Muslim communities nationwide, speaking about the need for greater interfaith understanding. In the 1980s Bender was active in several Jewish progressive organizations advocating a two-state solution. He later served as executive director of the American Friends of Meretz, the left-wing Israeli political party.

His job at CAIR-Philadelphia, one of a network of 20 independent chapters across the country, will focus primarily on countering anti-Muslim discrimination. In recent years the chapter has been among the key groups fighting against anti-Sharia laws proposed in Pennsylvania. It has spoken out publicly against anti-Muslim stereotypes following the Boston marathon bombing.

Bender’s background in filmmaking and public speaking, the group’s lay leaders noted, made him fit for the role of a spokesman for the organization and for Muslim civil rights.

“I’ve never had any question or negative feeling about CAIR ever since I came in contact with them,” Bender said. “I’ve never encountered any anti-Jewish or anti-Semitic sentiment. The opposite is true.”