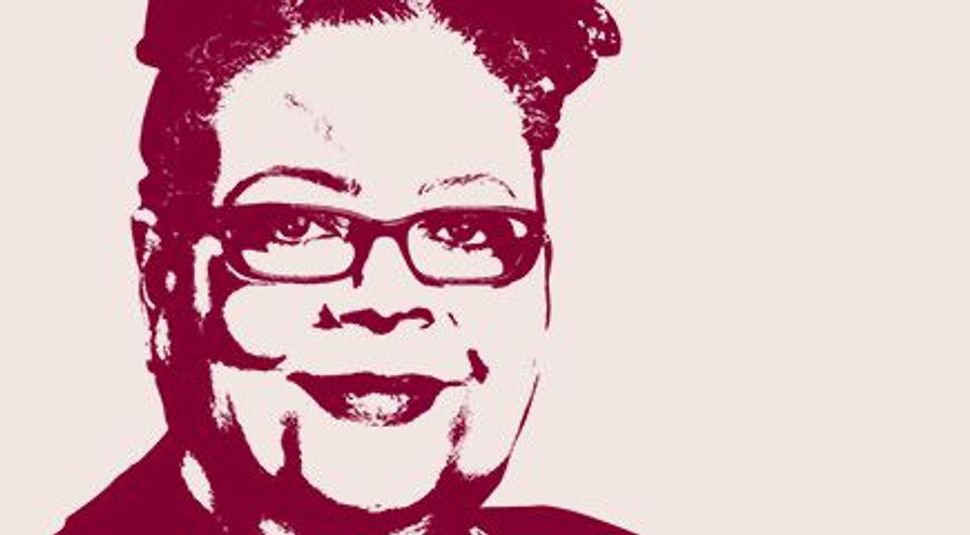 Chicago Teachers Union President Karen Lewis dubbed her June 2013 bat mitzvah Torah reading “a perfect portion for me.” It recounted how Joshua and Caleb broke ranks with the other Israelite scouts who returned from Canaan saying that conquering the land would be impossible.

“It’s about people being told they can’t do something, and they were able to,” she told Chicago magazine.

In her ongoing battle with Chicago Mayor Rahm Emanuel, critics have doubted Lewis at their peril.

In 2012, no one believed that Lewis could take her teachers on strike when Emanuel pushed the CTU for a new contract that would, she argued, hurt not just the material interests of her teachers, but also the educational interests of students. State legislation required the approval of 75% of all union members for a strike.

Ultimately, both Lewis and Emanuel — two Jews whose battle dominates Chicago’s political landscape — won some and lost some in the final contract. But Lewis remains unbowed in her opposition to Emanuel’s goal of making Chicago the nation’s center for charter-school focused education reforms pushed by such moneyed reformers as Bill Gates and local businesswoman Penny Pritzker.

Lewis, a 60-year-old African American who converted to Judaism two decades ago, is sharply aware of race and class divisions. Asked if the city should boost property taxes, Lewis said: “Yes. If you look at a majority of the tax base for property taxes in Chicago, they’re mostly white, who don’t have a real interest in paying for the education of poor black and brown children. We don’t want to say that out loud.”