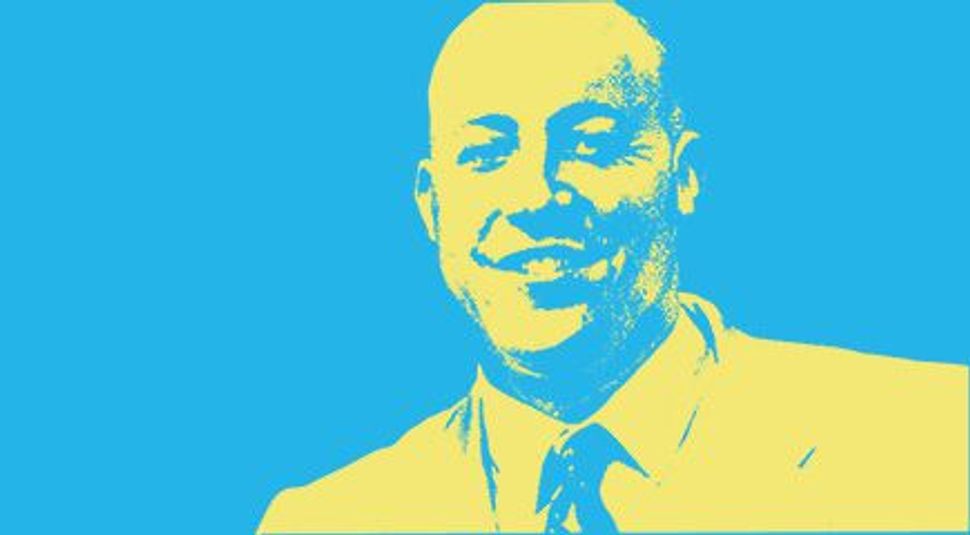 “I speak to you as an American Jew,” stated Alan van Capelle as he addressed a crowd of thousands standing on the steps of the Lincoln Memorial at the event marking the 50th anniversary of the March on Washington.

His representation of the Jewish community at this historic event was a clear sign of van Capelle’s rising profile. The young progressive activist, who serves as CEO of Bend the Arc: a Jewish Partnership for Justice, was chosen by organizers to be the event’s central Jewish speaker because they viewed him as the new voice of Jewish social justice activism.

Van Capelle, 38, was born in New York to a father of Dutch-Jewish origins and a Brooklynite mother. He came to the professional Jewish world in 2011 with an impressive record of fighting for gay rights and for organized labor. He headed a New York lesbian, gay, bisexual and transgender rights lobby and had worked prior to that as a labor organizer for one of the city’s largest unions.

On the day of the Supreme Court landmark ruling rejecting the Defense of Marriage Act and paving the way to legalizing gay marriage, van Capelle joined dozens of cheerful activists outside the court, celebrating the moment. From there he rushed back to New York to share the news with his partner and son.

Bend the Arc, formed from the merger of Jewish Funds for Justice and the Progressive Jewish Alliance, has grown significantly under van Capelle’s leadership, by forging partnership agreements with local Jewish social justice organizations and by lobbying in Washington. It advocates for a wide variety of causes, including the establishment of social safety net programs, immigration reform and LGBT rights.