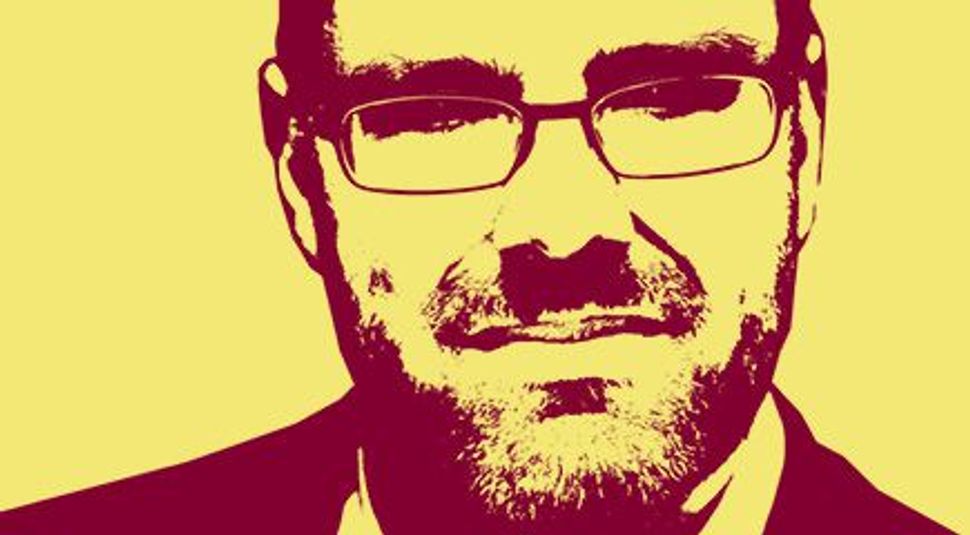 Unless you are a professional foodie, there’s a good chance you aren’t familiar with Mitchell Davis. But you have surely tasted his impact. As executive vice president of the James Beard Foundation — America’s foremost culinary organization — Davis is one of the most influential individuals on the nation’s foodways.

Davis is the weekly host of “Taste Matters,” on the food-focused station Heritage Radio Network; chair of the Eastern North America Region judges panel to choose The World’s 50 Best Restaurants; a cookbook author, and a frequent public speaker, all of which encourage his ideas to spread and strengthen. This year, he moderated or spoke on 11 Jewish food panels, including one on gefilte fish and another on the state of the deli.

Davis’s food career started with a high school job at a kosher-style butcher shop in Toronto, where he made 24 quarts of chicken soup and delivered them before school started. He went on to join the Beard Foundation in 1993 and to help found the food studies program at New York University, where he received his doctorate. In October, a pavilion he helped design was chosen to represent America at the 2015 World’s Fair, in Milan.

Throughout it all, Davis, 45, has remained deeply committed to Jewish food. His 2002 book, “The Mensch Chef: Or Why Delicious Jewish Food Isn’t an Oxymoron,” which he wrote with his mother, highlighted a theme in Jewish food that wouldn’t be realized by restaurant chefs and diners for close to a decade. And despite his frenetic schedule, Davis still found time to make a vat of chicken soup for this year’s James Beard Foundation Seder — and yes, it was better than your bubbe’s.