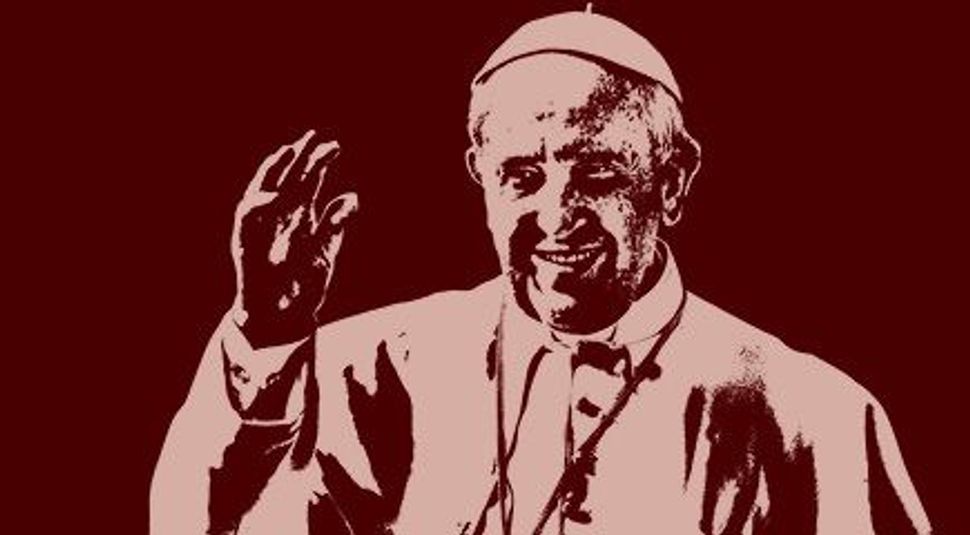 The puffs of white smoke had barely cleared from above the Sistine Chapel before we started learning about Pope Francis I.

We learned that Francis, 76, is a profoundly humble man who insists on carrying his own bags and riding the bus home. We also learned that he plans to bring a breath of fresh air to the notoriously ossified Vatican including not only with financial transparency but also a vow to open the church’s Holocaust archives.

We learned that the only book he has penned is an extraordinary dialogue with a rabbi who had become fast friends with then-Cardinal Jorge Mario Bergoglio in their native Argentina.

After eight months as head of the world’s 1 billion Roman Catholics (not to mention 10 million Twitter followers), the new pontiff — the first from outside Europe — has made improving relations with the Jewish world a key goal. It wouldn’t be tough to improve on the tone set by his predecessor, Pope Benedict XVI, who refused all access to the Holocaust archives and fast-tracked sainthood for the controversial Pope Pius XII, who many accuse of staying silent in the face of Hitler’s slaughter.

Francis has wasted no opportunity to denounce anti-Semitism, and plans to visit Israel next year.

Still, the jury is out on whether all this amounts to a sea change (think Pope John XXIII and the Second Vatican Council) or just a feel-good story. To make good his word Francis must overcome a deeply entrenched and conservative administration left over from Pope Benedict and the personally beloved Pope John Paul II.

It’s a truism to say that Francis has the power to affect how more human beings view the Jewish people than any one else on earth. It’s reason enough to take him at his word — and hold him to it.