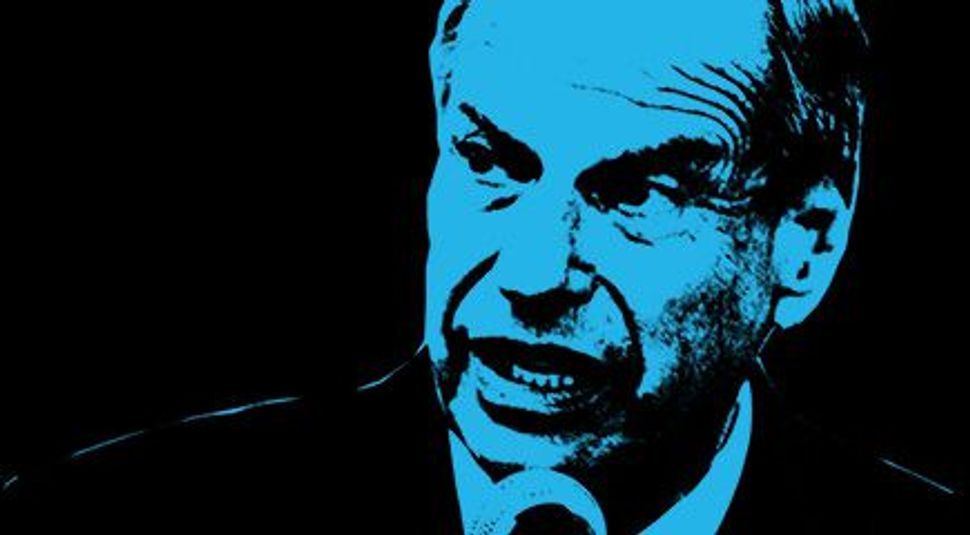 Of the Three Horsemen of Jewish sexual misdoing of 2013, Bob Filner was by far the worst.

Former San Diego Mayor Filner made them both look like choirboys.

Filner, 71, resigned as mayor in August after 18 different women accused him of sexual harassment. He pled guilty in October to three charges of sexual harassment perpetrated in early 2013, one of them a felony. He was sentenced to three months of confinement in his home.

A Democrat and former congressman, Filner had only been in office since January 2013. The first sexual harassment allegations came in July. Filner tried to manage the crisis by accepting counseling and taking a leave of absence, but by then calls for his resignation from high-ranking members of his own party had grown too insistent.

The Filner affair came at the height of the Weiner and Spitzer campaigns, when it looked for a moment as though one of the two formerly disgraced Jewish New York City politicians would have a chance at electoral redemption. The coincidence in timing led some to draw connections between the affairs. Yet while both of the New York politicians had engaged in behavior that was consensual, if objectionable, Filner engaged in something altogether different.

Thanks to his behavior, Filner is out of the political picture for good.