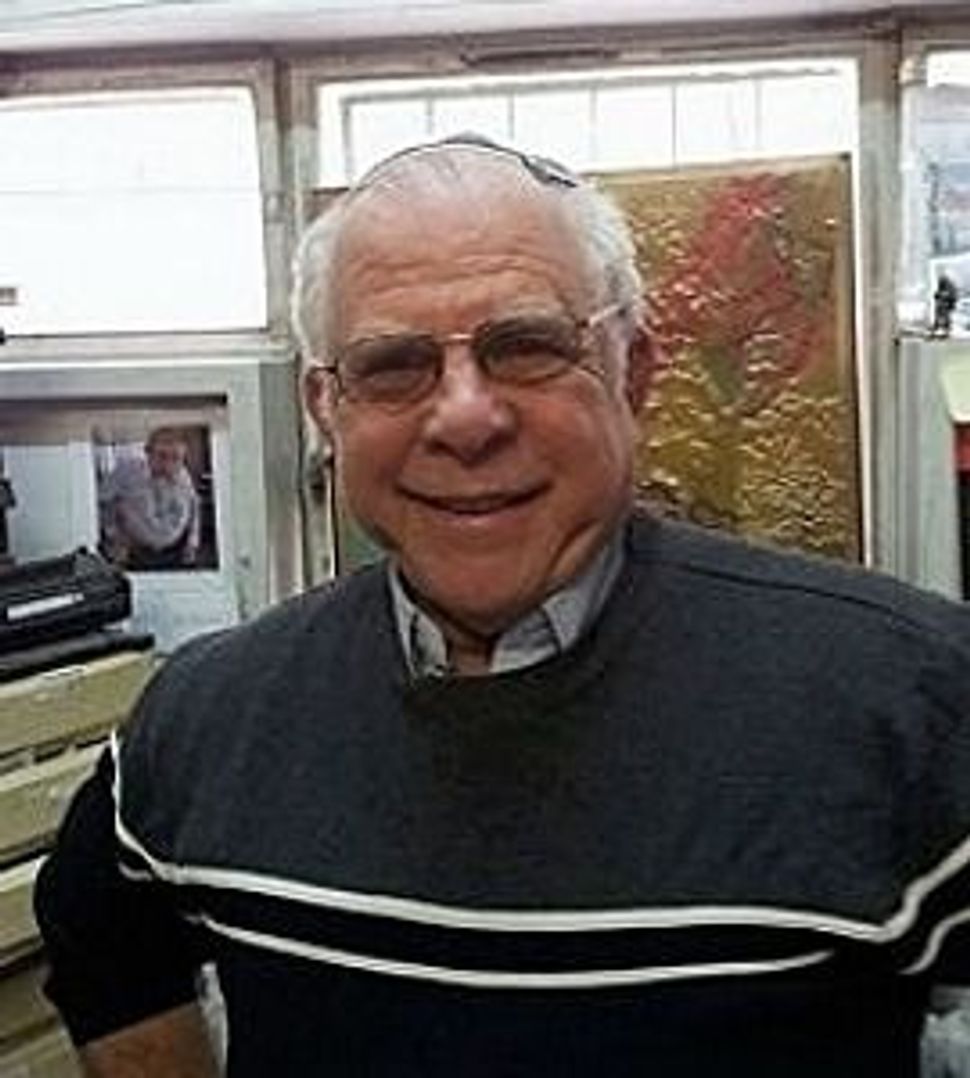 When you undergo a traumatic experience, especially at a young age, you remember details of that experience for the rest of your life.

And so it was for so many on the day of the assassination of President John Fitzgerald Kennedy: Friday, November 22, 1963.

I was an eighth-grader at Akiba Hebrew Academy, in Merion, Pa. 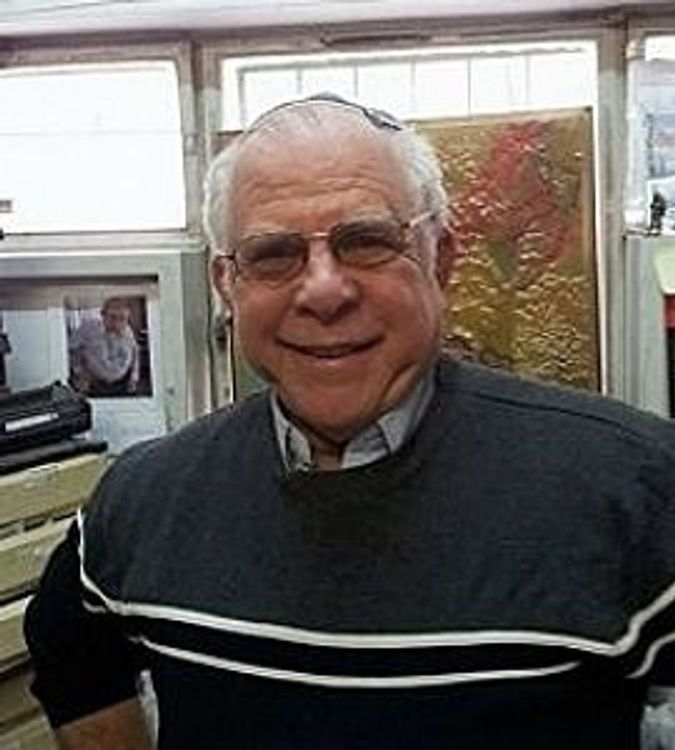 The previous day, we had discussed in our current events club how Kennedy and David Ben-Gurion, Israel’s recently resigned prime minister, had a vociferous argument over Israel’s nuclear weapons program — just six weeks after Kennedy pushed through the nuclear test ban treaty for the entire world to sign.

Kennedy didn’t want Israel — or any other country — to produce nuclear weapons.

Ben-Gurion shot back that Israel’s adversaries wanted genocide — that this was the lesson the Jews had learned from the Nazis, that this was why the Jews needed nukes (the dialogue is well documented in Avner Cohen’s 1998 book, “Israel and the Bomb.”

As I walked out of school to catch the bus home that Friday afternoon, a seventh-grader followed down the steps, yelling out the news that the president had been shot dead in Dallas.

The first thoughts to hit me were that Kennedy was such a young guy, like a nice uncle who always had new ideas. My mind was racing, and I quickly wrote down my thoughts when I got on the bus to go home.

How would we remember Kennedy? I remembered listening to him in sixth grade at his inauguration: “Ask not what your country can do for you, but what you can do for your country.” He had one message: to get involved. Join the Peace Corps. Fight for civil rights. Help poor nations abroad and act in accordance with “Profiles in Courage”: Be proud to stand for the principles of your country, no matter what.

Getting on the bus at City Line Avenue, people of all ages were sobbing. A black man stepping aboard asked the driver, “Do you know what he did for us?”

The editor of my school paper, known as the Gateway, was also on that bus.

I told her that my dad was commuting these days to Washington, as an engineer working on central air conditioning at the big post office in D.C. I told her I could join him there. I asked if I could cover the president’s funeral for the school paper. She said “Sure,” and I got my first press assignment.

My thoughts on the bus, which I wrote down at the time, were that we “must do something to help our country” to remember our fallen president. As I sauntered down the sidewalk on Malvern Avenue in Overbrook Park, my mom was standing outside, her hands folded. She asked me what I thought. My 8-year-old brother, Neal, standing beside her, shrugged his shoulders and said, “Hey, we have an old man again,” meaning Lyndon Johnson.

And there was The Philadelphia Evening Bulletin, delivered on our doorstep an hour earlier, spread out on the couch, with the headline “Kennedy Shot in Dallas Street” superimposed over the subheadline: “Nixon, in Dallas, says that Kennedy will drop Johnson in 1964.”

Sitting in the living room for hours, we watched a shaken Walter Cronkite describe everything that he could about Kennedy and then about the ex-Marine who shot him, Lee Harvey Oswald. The weekly satire show “That Was the Week That Was,” hosted by David Frost, led with a melody that was written on the spot by a staff that was usually hilarious but now was somber and serious. Nancy Ames sang the lyrics, which you can now pick up on YouTube

A young man rode with his head held high
Under the Texas sun
And no one guessed that a man so blessed
Would perish by the gun
Lord, would perish by the gun
A shot rang out like a sudden shout
And Heaven held its breath
For the dreams of a multitude of man
Rode with him to his death
Lord, rode with him to his death
Yes, the heart of the world weighs heavy
With the helplessness of tears
For the man cut down in a Texas town
In the summer of his years
The summer of his years
And we who stay mustn’t ever lose
The victories that he won
For wherever man look to freedom (Incomprehensible)
His soul goes riding on
Lord, his soul goes riding on

As I psyched myself up that Sunday to cover the funeral the following day in Washington — where my friend Gary and I would accompany my dad at what was then called Pennsylvania Railroad Station at 30th Street — I was glued to the TV screen to learn anything and everything that could be learned about the assassination and the assassin.

Clips from Kennedy’s short life were flashed across the screen: his press conferences, his defiant declaration of freedom at the Berlin Wall and his rollicking about with Caroline and John John.

Walter Cronkite then showed a film of Oswald giving out fliers for the Fair Play for Cuba Committee in New Orleans.

And here was my first inquisitive wonder: How did CBS get that footage of Oswald so quickly? In an era before our advanced age of communications and Internet, how was IT possible that they got such a film? I asked my mom, “Did that mean that the FBI knew who Oswald was?”

And then a moment on live TV occurred that may never happen again: The news cut to the basement of the Dallas police station, where Oswald was being arraigned, and we watched Oswald’s assassination on live television. What an unbelievable moment in American television history.

The next morning, we took the train from Philadelphia to D.C., and walked, from Union Station, to the Washington Post Office. We saw world leaders walk out of the White House, where they paid their respects to the late president. I stood in awe as we identified Charles de Gaulle of France, Haile Selassie of Ethiopia, Golda Meir of Israel, Willy Brandt of West Germany, Olof Palme of Sweden and Habib Bourguiba of Tunisia, as they walked by us in a solemn procession. All walked slowly, somberly, seemingly without any protection whatsoever. And as a Scottish band played a solemn version of “Hail to the Chief,” a quiet crowd looked on.

Yes, this was a memorial to John F. Kennedy, yet it was also a salute to America 18 years after World War II, after the United States had played a pivotal role in saving the world from the Nazi and fascist threat. The procession was also a thank-you to America for its stand in the Cold War, which 13 months earlier had almost boiled over. The United States Secret Service took no chances with the public officials; they all drove in vans, with guards on each side. We got a glimpse of President Johnson as he drove by, and my father took a snapshot of the car.

The policeman standing in front of us went to pieces when the casket containing Kennedy went by, with the lonely unmounted horse leading the way. This was the first time that I had ever seen a grown man cry, let alone a cop. After everyone went by, my dad went to work at the post office, and Gary and I strolled through the crowd, back to Union Station.

On the Pennsylvania Railroad, an older lady (she might have been 40, but I remember her as “old”) asked us what we thought of the recent assassinations. My response was that I thought killing Sen. Huey Long was a good idea. But I thought that killing Kennedy was a bad one.