What’s a Jewish Town Doing in the Middle of ‘Madame Bovary?’ 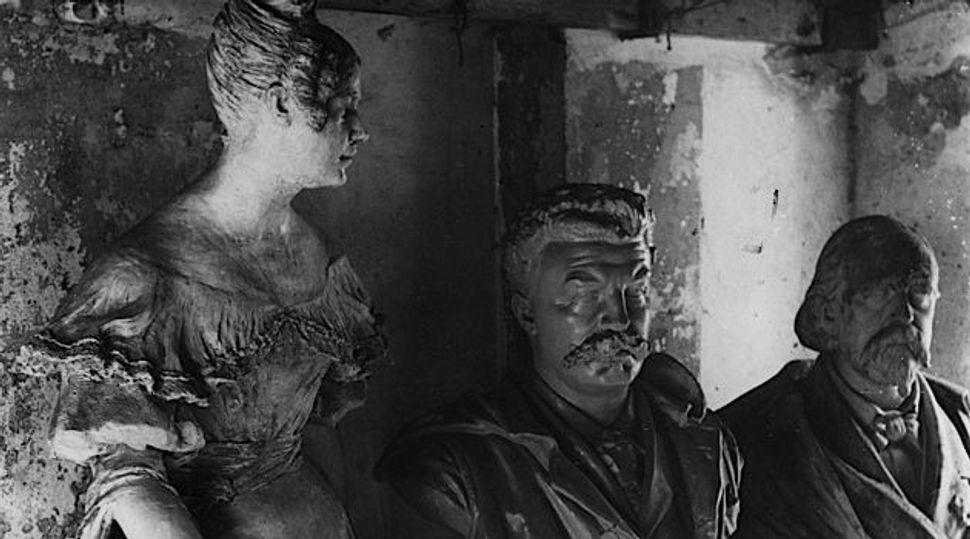 The other day, a French friend who lives in Israel used the expression quel capharnaüm to describe the state of her apartment after her small grandchildren had come for a visit. What she meant was, “What a mess,” but to my surprise, when I told her she had used a most appropriate word for Hebrew-speaking grandchildren, she didn’t know what I was talking about.

I had to explain to her that capharnaüm comes from Hebrew Kfar Nahum or “Nahumville,” which was the name of an ancient Jewish town on the shore of the Sea of Galilee. In English Bibles, Kfar Nahum is generally spelled Capernaum, without the “h,” which French — which pronounces the word “kah-far-nah-um” — took from the Latin Bible used by the Catholic Church.

Capernaum figures prominently in the gospels of the New Testament, where it is mentioned many times as a place in which Jesus stayed and preached. It was a well-off fishing town, which explains the scolding remark attributed to Jesus by the Gospel of Matthew — where, finding the town lacking in faith and probity, he is cited as having exclaimed, “And thou, Capernaum, which art exalted unto heaven, shalt be brought down to hell.”

Yet French capharnaüm doesn’t come from this. Rather, it derives from a description, found in the Gospel According to Mark, of Jesus’ healing of a paralyzed man in Kfar Nahum.

The description begins: “And when he [Jesus] returned to Capernaum after some days, it was reported that he was at home. And many gathered there, so that there was no longer room for them, not even about the door; and he was preaching the word to them. And four more men came, bringing to him a paralytic [to be healed]. And when they could not get near him because of the crowd, they removed the roof above him; and when they had made an opening, they let down the pallet on which the paralytic lay.”

The crowd of disciples inside the house, pushing and shoving to get close to Jesus while the four stretcher bearers struggle in vain to elbow their way inside, and then, getting nowhere, clamber with their burden onto the roof, remove the roof tiles and lower the paralyzed man on top of Jesus before the eyes of the startled throng — quel capharnaüm, indeed! It could almost be a description of trying to board a bus at rush hour at Jerusalem’s central bus station.

As far as I can determine, French is the only European language that has turned the Capharnaum of the Latin New Testament into a word. This seems to have happened, at the latest, by the early 19th century. The first French dictionary to have an entry for capharnaüm is Émile Littré’s four-volume Dictionnaire de la Langue Française, respectfully referred to by the French as “la Littré” to this day. Its first edition, published between 1863 and 1872, defined the word as denoting “a place that contains many objects crammed confusedly together; a place of disorder and disarray.”

This is the sense in which it is used in Gustave Flaubert’s “Madame Bovary,” which appeared in 1857. In a scene in which its female protagonist, Emma Bovary, visits the local druggist Monsieur Homais, the latter refers to his workroom as his “Capharnaüm,” and the narrator comments, in the 1886 English translation by Eleanor Marx-Aveling (who was, by the way, Karl Marx’s daughter):

It was thus the druggist called a small room under the leads [roof], full of the utensils and the goods of his trade. He often spent long hours there alone, labeling, decanting, and doing up again; and he looked upon it not as a simple store, but as a veritable sanctuary, whence there afterwards issued, elaborated by his hands, all sorts of pills, boluses, infusions, lotions, and potions that would bear far and wide his celebrity.

“Madame Bovary” was an immediate best-seller in France, given wide publicity by its author’s prosecution by the French government for indecency (he was acquitted), and its publication may have helped popularize the word. Yet, Flaubert was not the first well-known French writer to use it; it already occurs in Honoré Balzac’s 1833 novella “Ferragus,” where, in a description of Paris, Balzac referred to a kind of apartment building known as a cabajoutis, in which “all is discord, even the external decoration,” and wrote, in the 19th-century translation by Katherine Prescott Wormeley: “This significant name is given by the populace of Paris to houses which are built, as it were, piecemeal…. The cabajoutis is to Parisian architecture what the capharnaüm is to the apartment — a poke-hole, where the most heterogeneous articles are flung pell-mell.”

This comparison assumes that the reader is probably familiar with the word capharnaüm, and indicates that it was used fairly widely at least as far back as the 1830s. Why it is found in French alone, I don’t know, since the language of Catholic countries like France was not as influenced by Hebrew or Christian scripture as was that of Protestant countries like England, where the Bible was read more; nor have I been able to discover, prior to a late 19th-century painting by James Tissot, French pictorial representations of the scene at Capernaum, which was an occasional subject in European Christian art. As we say in Yiddish, gey veys.

What’s a Jewish Town Doing in the Middle of ‘Madame Bovary?’