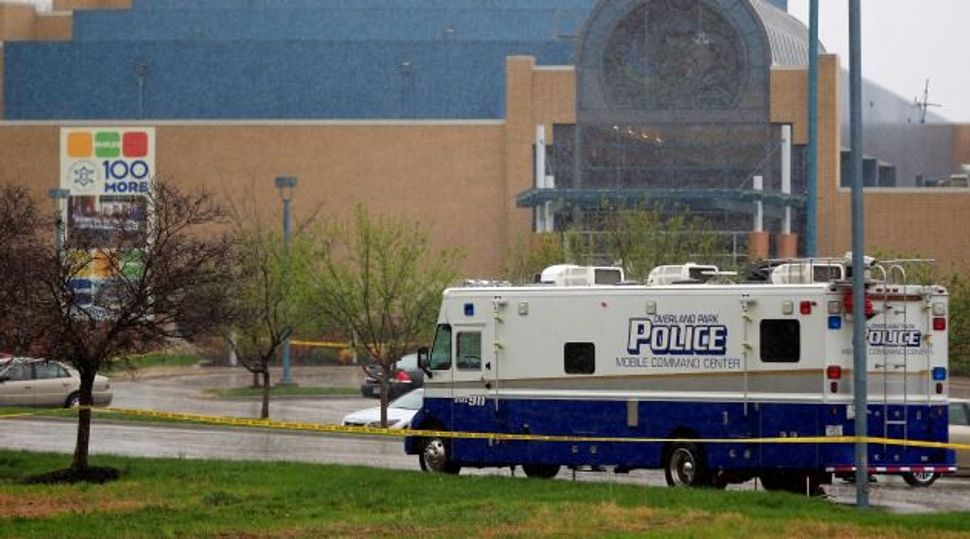 Jewish community leaders were stunned by the shooting rampage at two suburban Kansas City Jewish institutions on the eve of Passover — but urged Jews to continue with their preparations for the holiday.

“Our hearts go out to the families who have suffered loss on this tragic day,” the Jewish Community Center of Greater Kansas City said in a statement. “Our heartfelt gratitude as well to all those in Kansas City and around the world who have expressed sympathy, concern and support.”

Israeli Prime Minister Benjamin Netanyahu sent condolences to the families of those killed by a gunman at two Jewish facilities in Kansas City.

“We condemn the murder that by all the signs was done out of hatred of Jews. The state of Israel, as one with all civilized people, is obligated to struggle against this blight,” Netanyahu said in a statement issued Monday morning.

The JCC, which is also the site of Kansas City’s only Jewish community day school, the Hyman Brand Hebrew Academy, was a hub of activity on Sunday. Several groups were meeting and the academy was preparing for a school dance.

Bailey Wainestock, 16, said she was attending a youth organization meeting with other girls at the community center when they were told it had been locked down due to a shooting. They barricaded the door until security officers rushed them out afterward.

“We didn’t know what to think, we were all in shock,” Wainestock said in an interview.

Her father, David Wainestock, said the Midwest is supposed to be safe.

“It’s pretty traumatic,” David Wainestock said. “The thought of something like that happening is terrifying. “In the Midwest we think we’re safe from this type of thing. But I guess it doesn’t make any difference now.”

Matt Davis told the Kansas City Star that he was out shopping for a suit for his son’s bar mitzvah when he spotted police arresting the suspect.

“We live in this Jewish community,” Davis said. “It’s hard for me to comprehend something like this, a hate crime.”

Rabbi Herbert Mandl, a chaplain with the Overland Park, Kan., police department, said the rampage was particularly painful because it came on the eve of Passover.

“The timing couldn’t be worse,” said

He called the Kansas City community a “tight-knit” one that would come together in the wake of the tragedy, as it has done before.

Mandl said there was little doubt that the gunman acted out of hatred for Jews, although authorities said they weren’t sure about any link to Passover.

Rabbi David Glickman, of the Beth Shalom Synagogue in Overland Park, also rushed to the Jewish Community Center when he heard the news of the shooting.

The Kansas City area has a Jewish community of about 20,000.

“This is so abberational. Everybody is shocked that it would happen here,” said Glickman. “This is a community that enjoys very strong and positive relations between the Jewish community and the rest of the community.”

Karen Aroesty, the director of the local Anti-Defamation League office, cautioned against drawing conclusions about the attack until more details were known.

“People have anxiety, and when there is a Jewish institution involved, the first reflex is to go the negative as soon as possible,” she said.

“The law enforcement response so far has been very quick and substantive,” she said.

The Secure Community Network, the security affiliate of national Jewish groups, asked communities nationwide to increase security measures, but urged Jews to attend services and other Passover-related events as they had planned before the shooting.

“They need to review secure plans and reach out to police partners to ensure that they work closely with the Jewish community over the next couple of says — review, test and exercise their response plans,” SCN director Paul Goldenberg told JTA. “They need to trust their instincts and err on the side of caution.”

Goldenberg said it was critical that Jews carry on with their Passover plans.

“The Passover celebration is a precious moment for American Jews, and an act such as this should not keep us from synagogues, celebrations and Jewish centers,” he said.