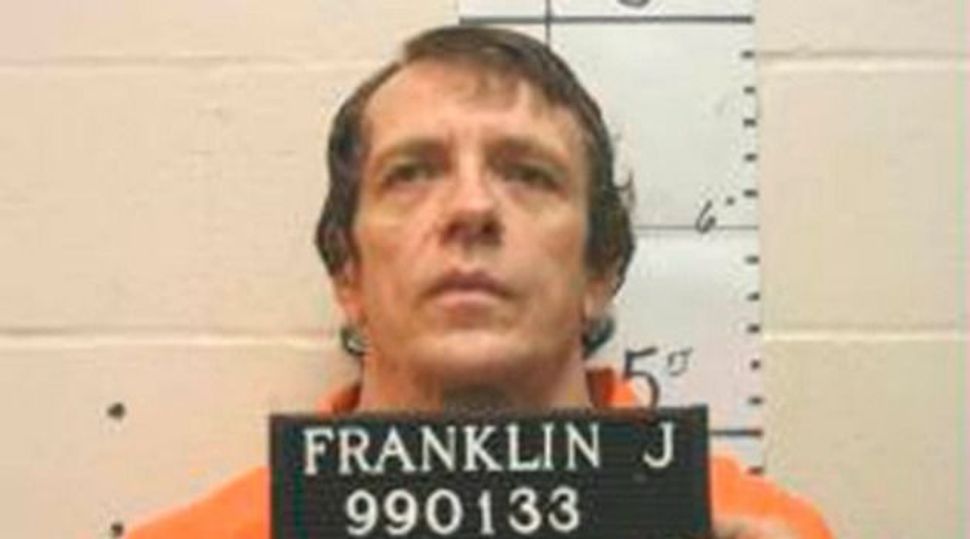 The shootings at the Kansas City Jewish Community Center and nearby retirement home coincided with the birthday of Joseph Paul Franklin, a white supremacist executed in Missouri in November, according to the Southern Poverty Law Center.

Franklin was born on April 13, 1950. Miller, who admired Franklin, killed three people in his murder spree at the Jewish Community Center and the Shalom Village retirement home on April 13, 2014.

“Did that play a role? I don’t know,” said Beirich.

The alleged assailant shot William Lewis Corporon and his 14-year-old grandson, Reat Griffin Underwood, in the parking lot of the Jewish Community Center of Greater Kansas City, around 1 p.m. on April 13.

A short time later, a woman identified as 53-year-old Terri LeManno was shot in the parking lot of Village Shalom, a nearby Jewish retirement home where her mother lives.

None of the victims were Jewish.

Beirich was in extensive contact with Miller in late 2013 as she attempted to get in touch with Franklin, who was put to death by lethal injection on November 20.

In an interview with the SPLC shortly before his execution, Franklin denounced his killings, many of which targeted interracial couples. “I’ve prayed to the Lord for forgiveness,” Franklin told the SPLC. “I not only asked the Lord for me, but I’ve prayed for all of my victims, too. I go from name to name and pray for each one of those people and regret that I ever harmed and shot them the way I did.”

Beirich said that she had had a number of phone calls with Miller in the fall of 2013. “He was trying to convince me about how evil the Jews are, basically,” Beirich said.

A former U.S. Army master sergeant who spent 13 years in the Green Berets, according to the SPLC, Miller joined a neo-Nazi group in the mid-1970s before founding a Ku Klux Klan chapter in the 1980s.

Miller’s Klan group, the Carolina Knights of the Ku Klux Klan, was one of the country’s largest regional Klan groups, according to Mark Pitcavage, director of investigative research for the Anti-Defamation League. At the time, Pitcavage said, Klan groups were heavily involved in paramilitary activities involving military-style weapons. According to the SPLC, Miller received $200,000 to fund his activities from The Order, an underground white supremacist group that killed Jewish talk show host Alan Berg in 1984.

The SPLC clashed repeatedly with Miller in the 1980s, suing him in 1984 for intimidating a witness in a discrimination suit against the North Carolina prison system, then assisting federal prosecutors in his 1986 trial. According to the SPLC, witnesses testified at the trial that Miller had received 13 anti-tank rockets from military personnel. Though Miller was found guilty of criminal contempt at that trial, he disappeared soon after, then apprehended by the FBI in a trailer in Missouri loaded with weapons. Following his apprehension, Miller cut a plea deal with prosecutors, testifying against fellow white supremacists in return for a reduced sentence.

“Because he testified against other prominent white supremacists, the white supremacy movement basically ostracized him,” Pitcavage said. After being released from prison, Miller laid low for a few years, before reemerging in the late 1990s. Since then, he has run for U.S. Senate, published a book, and been active on the forums at the Vanguard News Network, a white supremacist website.

“You just don’t know when one of these people are going to go from activism to picking up a gun,” Beirich said.