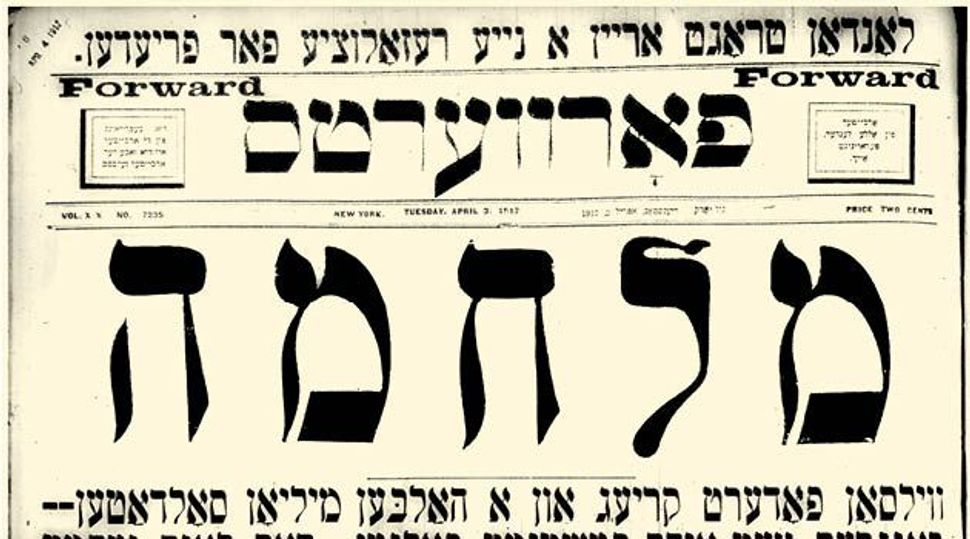 It’s almost impossible to believe, but it happened. War has been declared. The great powers began a terrible blood bath. If the flames are not extinguished right away, the war will be the most terrible, the worst in human history.

Think about what happens next.

None of the peoples caught up in the war have anything to win, and they have everything to lose. In the past few years Germany has greatly developed her industry, and has systematized and organized all of her undertakings. In a relatively short time she has caught up with England, the greatest industrial and commercial country in the world, and we have begun to talk about the time when she will surpass England and become the leader of business and industry.

And now when she has reached such a fine level she goes out to war, which will destroy everything that she has built, and which will cause her to go back decades in her civilization and development.

The same thing is true of England and of France. A war means destruction, the corruption of all of blessings that civilization brings. War means a retreat backwards, a return to darkness. And that’s without speaking of the frightful bloodletting, the millions of innocent victims, the tens of thousands of casualties on the battlefields and the hundreds of thousands of widows and orphans, which the war will leave in its wake.

Who is responsible for the war? Now you will now hear hundreds of different opinions. One person will explain that this is a race-war between Slavs and Germans. A second will say that this is a war for land, for territory, as the different peoples look to expand and spread out. A third will show that this is an economic or commercial war. There’s no doubt that these causes helped start the fire. There is also no doubt that the economic interests, the imperatives of capitalism in the various countries, support the war. But on the other hand it’s also true that if the people in the European counties ruled themselves, if there no longer existed a great measure of the old monarchical rule, such a blood bath would not happen. 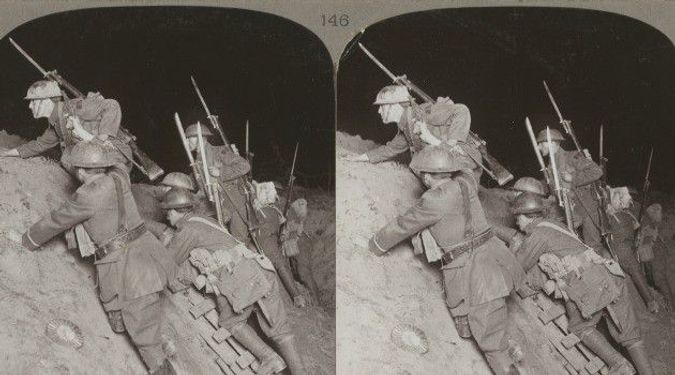 The fact is, that the countries in which monarchy is weak have done everything in their power to stop the war. Until the last minute the English and French governments worked for peace. Now they have finally been drawn into the war as well. The hatred in France against Germany is much greater than Germany’s hatred for Russia. England has a better reason fight against Germany and her destructive efforts than Germany has to fight against Russia. Germany is England’s strongest competitor in the economic market. Russia and German have practically nothing to fight over, and certainly not territory. And yet this is what we see! Germany has declared war against Russia, while England and France tried to find every means not to come out against Germany.

This is because England and France don’t subscribe to the dubious medieval belief in rule by king or Kaiser. In France there is no king at all, and in England the king is only a figurehead who has no power.

The three peoples that have been enflamed by the fires of war are exactly those in which the absolute rule of the monarch is still very strong. That is the case in Austria, in Germany and in Russia.

There is only one consolation in this black and red tragedy — one consolation and one hope. That is, that this bloody game will finally fall on the heads of these three monarchical houses, which are responsible for these tragedies, and that the bloody wars will open the eyes of the millions of people in these countries — that blood will wash the mould out of the heads of these anachronisms, which still today, in the 20th-century, attribute a kind of holiness to the monarchical families. Wars have already resulted in this outcome, especially in dark times. Let us hope that the current war will bring the same results.