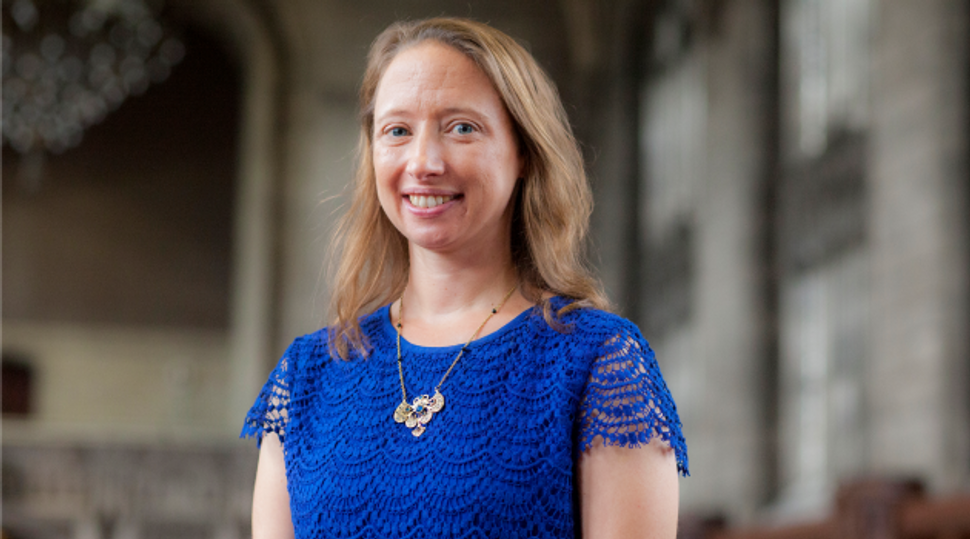 Jewish historian Tara Zahra has been named to the list of 2014 MacArthur Fellows.

Zahra is a historian based at the University of Chicago who writes on 20th century European history. She won the so-called “genius grant” along with 20 others.

Zahra, 38, received her Ph.D. from the University of Michigan in 2005 and her B.A. from Swarthmore College in 1998. She has written two influential and highly-praised books: “Kidnapped Souls: National Indifference and the Battle for Children in the Bohemian Lands, 1900-1948,” and “The Lost Children: Reconstructing Europe’s Families After World War II.” The MacArthur Foundation explains that “Zahra’s writings combine broad sociohistorical analysis with extensive archival work across a wide range of locales.”

The MacArthur Foundation Fellows grants are awarded annually to a diverse group of 20 to 40 people “who show exceptional creativity in their work.” The current prize is $625,000 paid in quarterly installments.