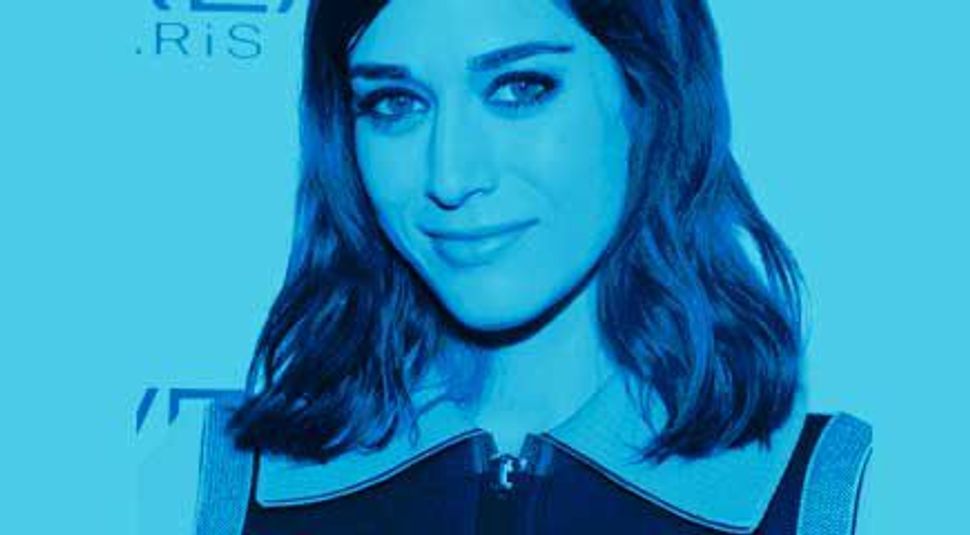 Before she was a “Master of Sex,” Lizzy Caplan was a Russian dancer in her elementary school’s production of “Fiddler on the Roof.”

The actress, who was nominated for an Emmy Award this year for her performance as sex research pioneer Virginia Johnson in Showtime’s “Masters of Sex,” has come a long way since her “Mean Girls” days.

A longtime favorite of fans of such cult classics as “Freaks and Geeks” and “Party Down,” Caplan has finally gone mainstream. But don’t worry — fame or not, Caplan remains the sarcastic outsider who inspired a generation of Janis Ians to embrace quirky hairclips. Asked by The New York Times if she was confident in her ability to win an Emmy, she replied: “I don’t think it’s fair to assume that at all. I’m Jewish, so I’m predisposed to assume there’s no chance in hell that’s going to happen.”

Born Elizabeth Anne Caplan in Los Angeles to a lawyer and a political aide, the 32-year-old remembers her Reform Jewish upbringing fondly. She had a bat mitzvah and attended Jewish summer camp.

Now, she’s more of a High Holiday Jew. “I kind of strayed away from it,” she told American Jewish Life Magazine in 2005. “I think once I have a family I’ll be back into it. I love being a Jew, but I’m not Super Jew.”

With the third season of “Masters of Sex” set to air in 2015, we can expect to see a lot more of Caplan. Literally.