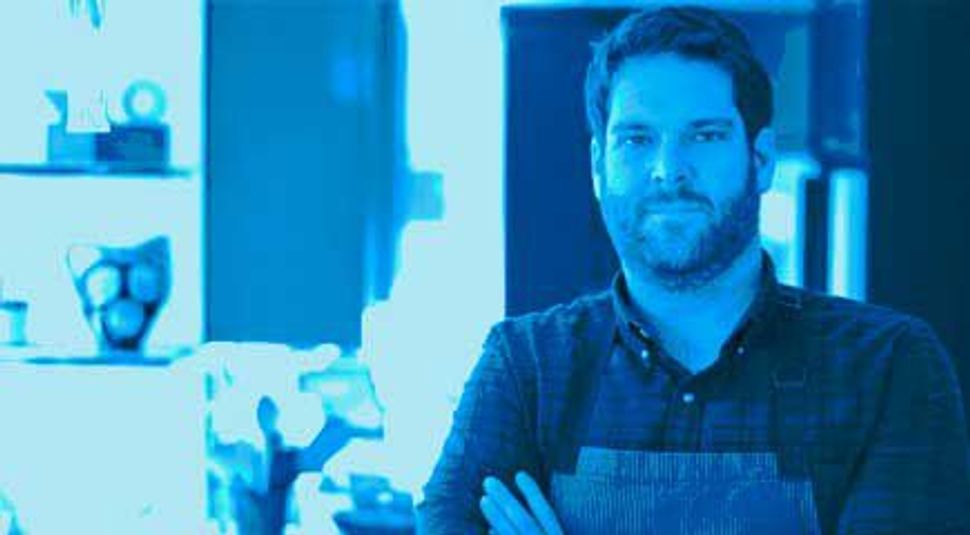 Last April, Wexler emerged from the rubble to produce Wexler’s Deli — a 350-square-foot space in L.A.’s Grand Central Market where he could turn out the Ashkenazi deli food he grew up on.

As a kid, Wexler made regular pilgrimages to nearby Langer’s. “There was this whole routine with the same waitress every time, the same comfort foods and this sense of greatness to the deli,” Wexler told the Forward. “I did not realize it as a kid, but growing up around this food really shaped me.”

At Mezze, Wexler’s passion was already peeking out: On Sunday nights, the restaurant featured dishes like knishes and matzo ball soup.

At his new deli he’s serving sandwiches and bagels filled with house-cured and house-smoked meats and fish, plus good old Brooklyn egg creams.

“When I was a kid I was always cooking with my grandmothers, my mom and my dad,” Wexler told Canada’s Shalom Life. “I remember watching my mom and grandmothers getting ready for the big Jewish holidays. They would be cooking nonstop for days, pouring their souls into the food…. [I]t has become a big part of how I cook today…. [I]f you can’t taste the depth and soul in my food then I’m doing something wrong.”