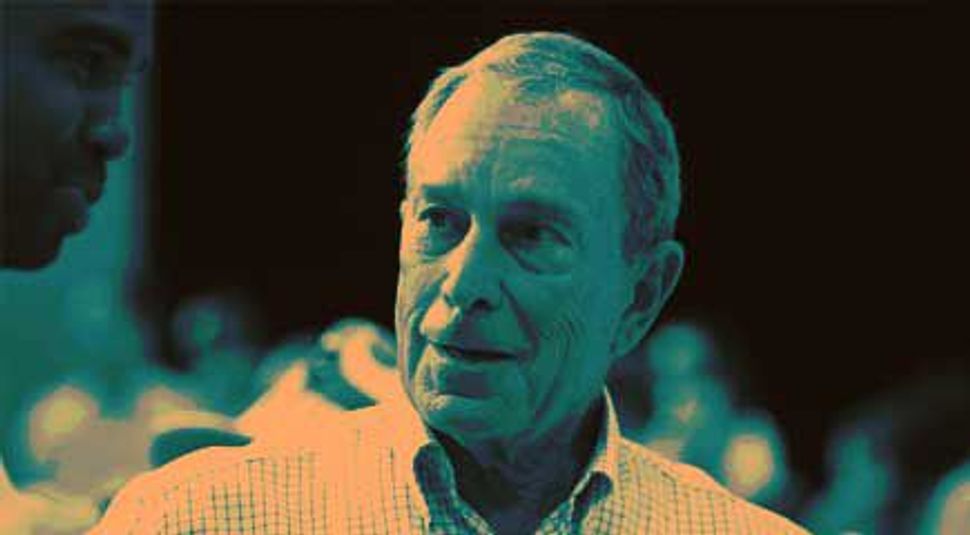 Michael Bloomberg, the billionaire businessman, philanthropist and former New York City mayor, could have flown by private jet to Israel on July 23. But it was the middle of the Gaza conflict, just after the United States Federal Aviation Authority banned U.S. carriers from flying to or from Tel Aviv, and Bloomberg had a point to make. So he flew El Al (business class, of course) and lambasted the travel ban, calling it a “mistake.”

It was one of many times this year that Bloomberg, 72, has used his bully pulpit and his considerable wealth to shape public perception and national policy. Whatever retirement he may have contemplated after leaving his City Hall job of 12 years was short-lived. He’s back running Bloomberg L.P. He has actively inserted himself into electoral politics, backing candidates who agree with him on everything from gun control and campaigns to taxation of sugary drinks. And he’s weighing in on social issues with targeted, significant funding from Bloomberg Philanthropies, investing in everything from traffic safety to helping low-income students get to and through college.

What’s more surprising is his overt embrace of Israel and Jewish identity. Until recently, Bloomberg’s public ties to the Jewish community were tenuous but when in May he accepted the first Genesis Prize in May for the most inspiring Jew in the world — along with a cool $1 million — Bloomberg told a Jerusalem audience: “Everything I do and believe in is connected to Judaism. And Jews have a tradition of hard work and passion.”