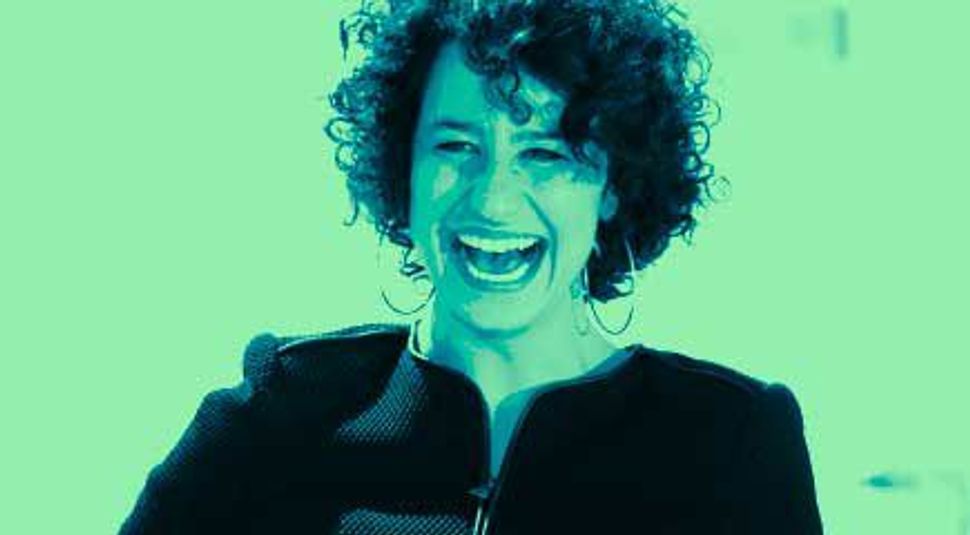 In the first episode of “Broad City,” the hit Comedy Central show that premiered earlier this year, comedian Ilana Glazer, 27, posts a Craigslist ad that reads: “We’re just 2 Jewesses tryin’ to make a buck.” Later that day she winds up cleaning the apartment of a man wearing a diaper, with her best friend, Abbi Jacobson.

“Broad City,” which averaged 1.3 million viewers per episode and will be brought back for a second season, has made Glazer and Jacobson the darlings of the comedy world.

Glazer, who grew up on Long Island — in an interview with the Forward she said that the combination of her New York upbringing and Jewish background makes her a “double Jew” — met Jacobson while attending classes at the comedy school Upright Citizens Brigade. When both women failed to make the UCB house improv team, they decided to start their own show, and in 2009 they launched “Broad City” as a Web series.

Since then, “Broad City” has gained critical praise and widespread popularity for its irreverent depiction of two 20-something women trying to get by in New York. In a New Yorker profile of the duo, Nick Paumgarten called them the “idols of a largely underserved and under-chronicled female id,” while the Forward’s Sarah Seltzer deemed the show “a refreshing dose of equality, like ‘Girls’ without the self-seriousness sentimentality.”

Move over, Seth Rogen. There’s a new schlemiel on the block.