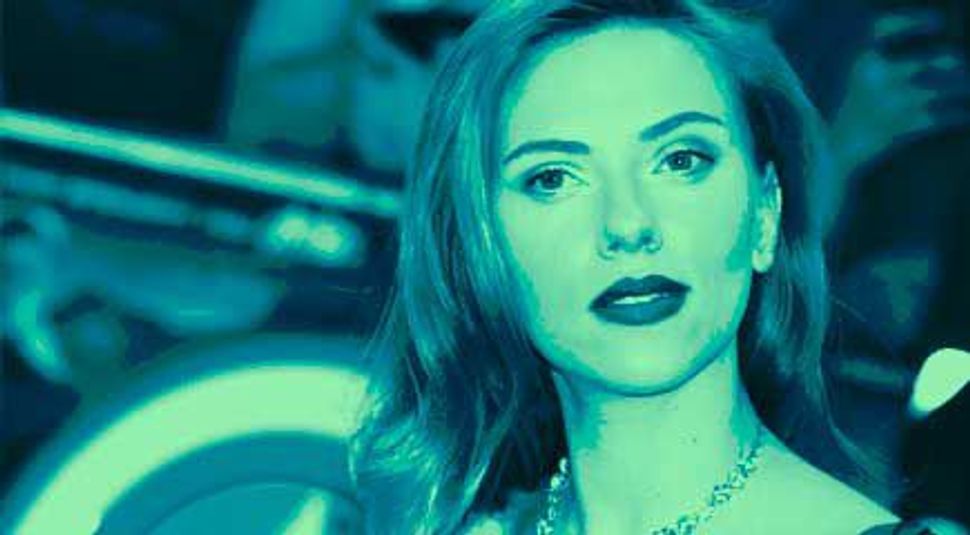 The 29-year-old actress who hates to be known as “ScarJo” had a busy year, what with starring in several films, recording soundtracks, and giving birth to a baby girl with her fiancé Romain Dauriac. Yet she found time to become a symbol both praised and derided in the Jewish world for her persistent promotion of SodaStream, the manufacturer of make-at-home seltzer whose main factory is in Mishor Adumim, an Israeli settlement in the West Bank.

A splashy television commercial aired during the Super Bowl, in which Johansson coyly sips from what she promotes as an environmentally friendly carbonated beverage, marked her debut as SodaStream’s first “global ambassador.” It also prompted criticism from activists and fellow celebrities, and a split in her eight-year relationship with the British charity Oxfam. Critics argued that by supporting SodaStream, she was supporting the Israeli occupation of Palestinian land.

SodaStream’s defenders (including the Forward’s editorial page) countered that the company was employing 500 local Palestinians in well-playing jobs and using its economic clout to lobby for more rights for its workers. Johansson didn’t back down. “I’m coming into this as someone who sees that factory as a model for some sort of movement forward in a seemingly impossible situation,” she told The Observer afterward.

Johansson considers herself Jewish, though she was raised by a Jewish mother and a Christian father without much religion. This was the first time she had weighed into the complicated terrain of Israeli-Palestinian politics. No word on whether there will be a sequel.