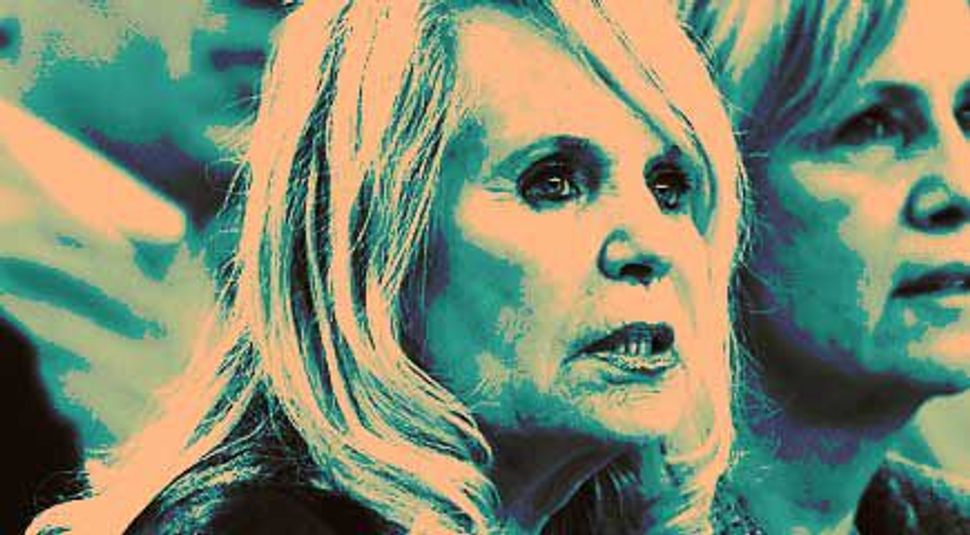 Stopping a serious communal shande in its tracks is no mean feat — especially if you can put a cool billion bucks in your pocket at the same time.

Shelly Sterling, 80, achieved both when she pressured her estranged husband, Donald Sterling, to sell the Los Angeles Clippers basketball team after he was caught on tape telling his model girlfriend (who was less than half his age) that she shouldn’t bring black people to the games.

That was a certified disaster, especially in a sport where most of the top players are black along with a big chunk of its fan base. It got worse when a previously recorded tape captured Donald Sterling seeking to defend the indefensible by claiming that blacks are treated poorly in Israel, too.

Into the firestorm strode Shelly Sterling, who has served as her husband’s partner in their real estate empire even as their marriage went south.

Shelly Sterling also had a history of making dubious remarks about other ethnic groups. But she crucially maintained the trust of key players in the feud such as Clippers coach Doc Rivers and incoming NBA commissioner Adam Silver, who also happens to be Jewish.

She brokered the sale of the team to Microsoft multi-billionaire Steve Ballmer for a whopping $2 billion, which the couple will split.

True to his bizarre track record, Donald Sterling tried to back out of the sweet deal. But a judge ruled against him, closing the door on an embarrassing chapter for him — and all of us.