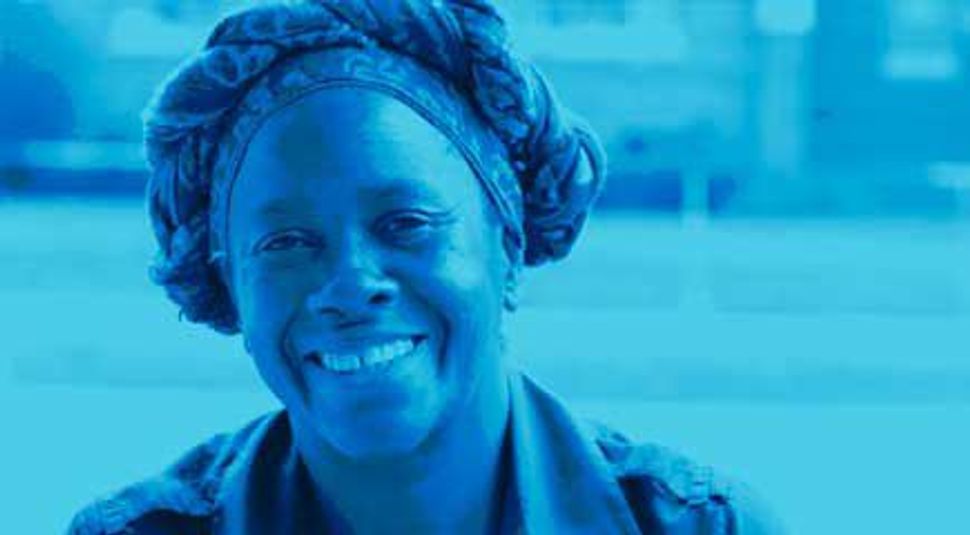 “The connection I have with Judaism, to me, is very special,” explained Chava Karen Knox, 48. “When you recognize that God is in everything around you, it centers you in who you are.”

Knox is an African-American woman who was born and raised in Detroit and always felt a strong connection to Judaism. She converted a couple of years ago and has become one of the most active members of the Isaac Agree Downtown Synagogue, in Detroit.

Today Knox runs Eden Gardens, an urban farming project in East Detroit. The project is a collaboration between the local African-American neighborhood association in East Detroit and the Downtown Synagogue.

Every Tuesday and Sunday, Jews journey from their homes in the suburbs or more affluent parts of the city to weed rows of leafy collard greens and stake tomato plants.

Eden Gardens is on the path to achieve its two ambitious goals. First, it hopes to provide much-needed sources of nutrition to a low-income neighborhood where healthy food options are absent. And, second, the project aims to build a bridge between two estranged communities: Jews who grew up in Michigan’s affluent suburbs after their families joined the “white flight” in the 1950s, and African-Americans who live in the city of Detroit, which has been struggling for decades with record unemployment and foreclosures.

“Chava in particular is our keystone between these two communities,” said Noah Purcell, who coordinates the synagogue’s volunteers. “If we’re building a bridge, she holds us together.”

Scars in the Garden from Jewish Daily Forward on Vimeo.