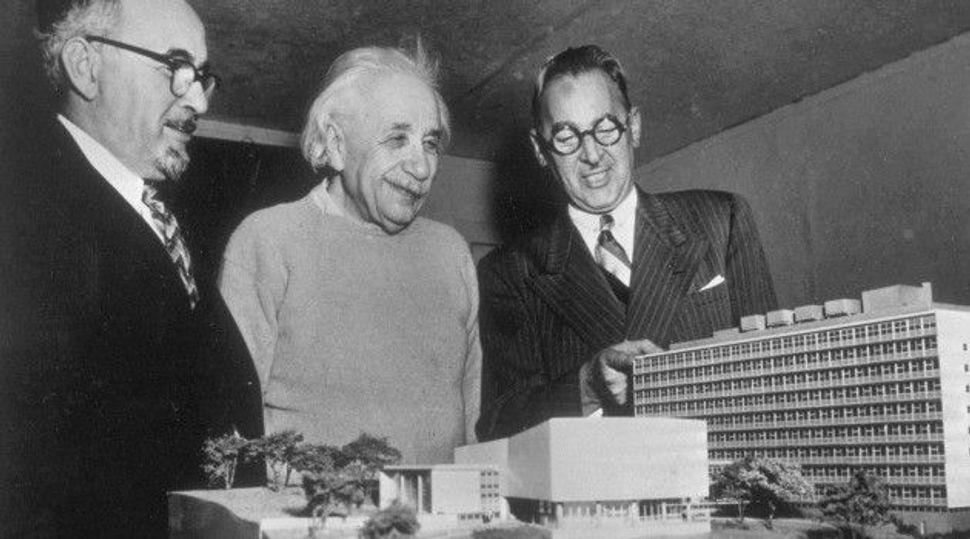 The breakdown of Y.U.’s plan to hand over operational and financial responsibility for the Albert Einstein College of Medicine, revealed in a December 9 report by Moody’s Investors Service, has exacerbated Y.U.’s financial woes.

Moody’s left its B3 junk status rating for Y.U.’s debt unchanged. But the ratings agency said that Y.U. suffered “acute losses” because it delayed cost-cutting measures at the medical school during its months-long negotiations with Montefiore.

The Moody’s report added that the termination of the plan will extend the “university’s operating challenges.”

Y.U. has posted operating deficits of up to $100 million in each of the past six years.

Y.U. president Richard Joel announced the university’s plan to partner with Montefiore in May. Montefiore would assume responsibility for operations and finances at Einstein while Y.U. remained the degree-granting institution.

The deal would have reduced Y.U.’s operating deficit by tens of millions of dollars per year.

At the time, Joel called the plan “a powerful and important step towards building a financially sustainable Yeshiva University.”

A spokeswoman for Montefiore told the Forward on December 10 that the plan was terminated around Thanksgiving because “the talks were not progressing.” She added that the termination of the plan has not affected the relationship between Einstein and its teaching hospital, Montefiore Medical Center in the Bronx.

A spokesman for Y.U. said: “The longstanding affiliation between Yeshiva and Montefiore remains in effect.”

He added: “The university is keeping all options on the table to ensure a secure future of excellence for Einstein and the entire university. We believe our financial outlook allows us to meet the goal of responsibly achieving financial stability over the next three years.”

In a recent interview with The Commentator, a Y.U. student newspaper, Joel blamed the university’s deficits on a “lack of effective and adequate reporting and controls.”

Joel said that in the past monthly financial reports were delivered to him and to university deans verbally rather than in writing. “We relied on an oral tradition instead of a written tradition,” Joel told the Commentator.

He added that some department heads lied about the financial health of their departments.

The Moody’s rating noted some bright spots for Y.U.

The university has substantial real estate holdings, attracts strong philanthropic support and has assets of $1 billion. The ratings agency also noted that Y.U. has “greatly improved financial monitoring and reporting.”

But the report warned that Y.U. suffers from an acute shortage of cash and other liquid assets.

The university recently refinanced the mortgages on five buildings for $175 million..

The Moody’s report concluded that its negative outlook is based on the risk that Y.U. may run out of cash before the university is able to execute a turnaround plan.