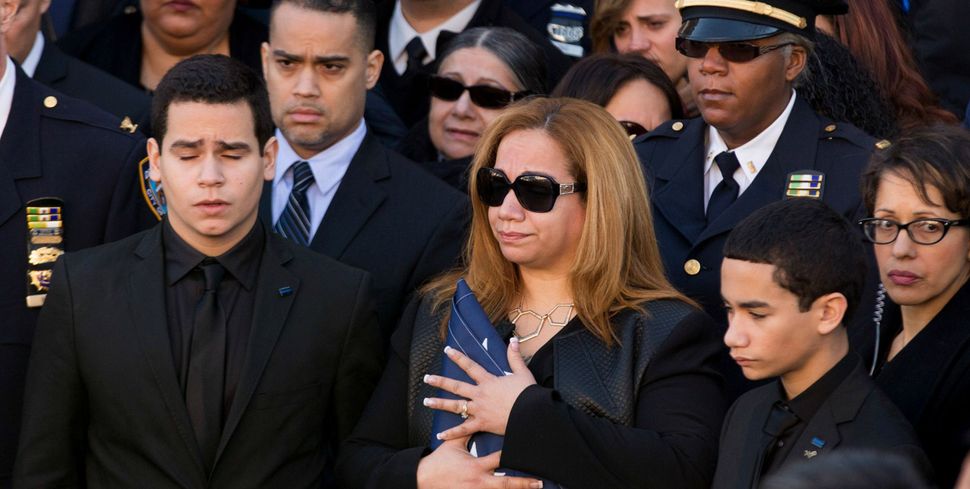 New York state lawmakers called on the Jewish community to attend the funeral of an assassinated New York police officer.

“The brave men and women of the NYPD risk their lives every day to protect us. We value them and stand with them,” Assemblyman Dov Hikind, a Democrat who represents Brooklyn, said in a statement issued Monday. “We are more than appreciative of what New York’s Finest do and we should convey that. Their loss is our loss.”

The funeral for NYPD officer Wenjian Liu is scheduled for Jan.3 in Brooklyn.

Liu and his partner, Rafael Ramos, were shot to death inside their patrol car on Dec. 20 by a gunman who had posted online about plans to attack police.

Ramos’ funeral took place on Saturday, Dec. 27, which is the Jewish Sabbath.

“The last funeral was on Shabbos, so we could not attend. This one is literally in our neighborhood. We need to show our hakaros hatov to the late Detective Wenjian Liu and provide chizuk to the NYPD during this difficult time,” Greenfield said in a statement, using the Hebrew words for appreciation and strength.